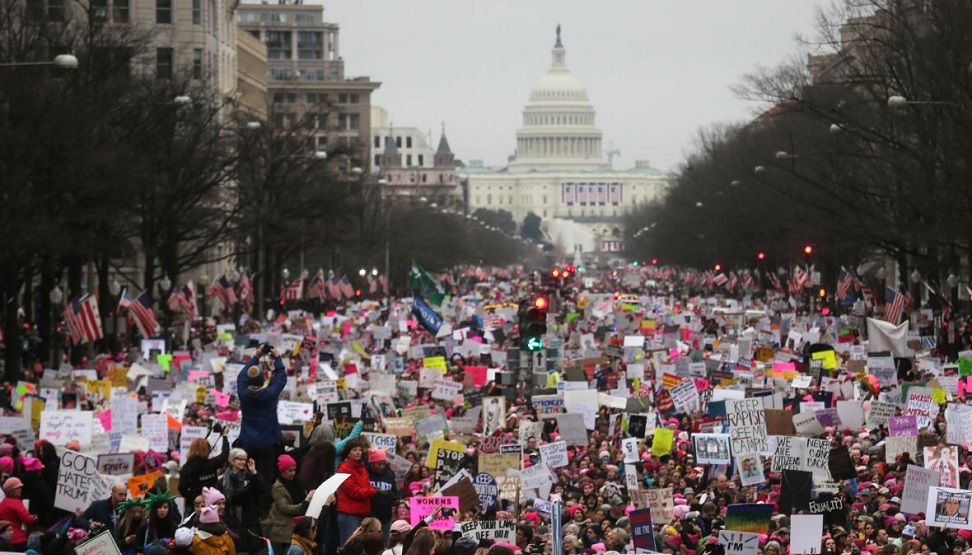 In the wake of historic demonstrations this weekend, Women’s March organizers and participants say their message is unequivocal: We’re just getting started.

More than a million people worldwide took to the streets the day after the inauguration of US President Donald Trump, in defense of women’s rights and gender equity. That’s not including figures from the main march, in Washington.

How do participants plan to take the moment into movement beyond social media posts and likes? Here’s what some groups say they are doing to keep up the fight:

Volunteer for a group you care about

The scope of the Women’s March made it attractive to some and dubious to others. Though it claimed to represent all women, some felt left out while skeptics complained it lacked focus beyond being anti-Trump.

That said, a broad coalition of human rights and social justice groups partnered with the main organizing entity to publicize the march in Washington and coordinate local events. Those groups are seizing the moment to draw attention and volunteers to their causes, and turn social media slacktivism into political activism.

They want marchers to find a group that speaks to their conscience and let the groups help prioritize efforts.

“This is an opportunity for people to invigorate our democracy and speak to their elected officials,” said Andrea Mercado, co-chairwoman of “We Belong Together,” which supports immigrants’ rights. “This is a moment where no contribution is too small.” 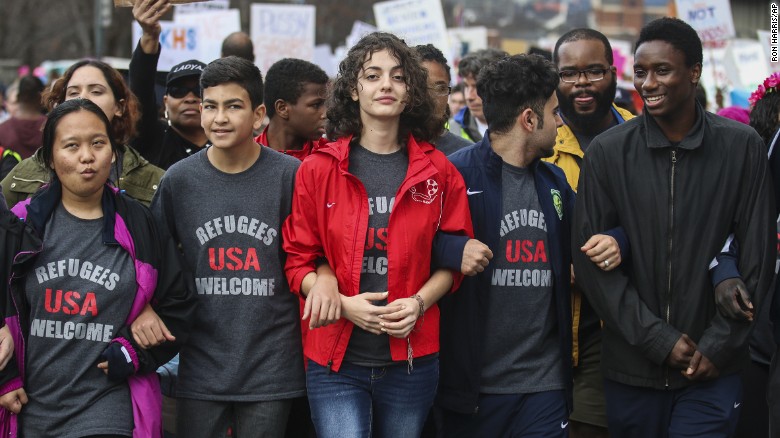 Marchers lead a group at the Atlanta Women’s March.

The midterm elections are around the corner. March organizers believe control of the House in 2018 will be decided by a handful of swing districts, or places where the last election was decided by a thin margin.

Send a postcard to your Senators

This action comes straight from the Women’s March on Washington as the first in its new campaign, 10 Actions for the first 100 Days. Starting Sunday, the group says it will put out a call every 10 days to take action on an issue that matters to its broad constituency.

The first one asks people to write a postcard to their senators about what matters most to you, “and how you’re going to continue to fight for it.”

The group’s website has printable templates and a search tool to help users find senators’ addresses. It encourages participants to personalize their messages, but if you’re looking for inspiration the group points to their guiding principles and the social media hashtag #WhyIMarch.

Other organizations have targeted actions based on their missions.

“We listen to the voices of our members and then we open avenues for ways to take action,” Rowe-Finkbeiner said.

… Or, visit your representatives in person

Every citizen has the right to seek a meeting or a lobby visit with their members of Congress. In-district lobby visits are one of the ways the Human Rights Campaign encourages volunteers to act as advocates for lesbian, gay, bisexual, transgender and queer equality.

Generation Progress Action, a millennial-focused action group supported by the Center for American Progress, is asking young people to commit to holding some form of resistance in their home districts in the first week of congressional recess.

“The resistance doesn’t stop with a march or a protest in D.C., and we want to keep the drumbeat going and the pressure on from all sides and states,” spokesman Kyle Epstein said.

Research shows that female lawmakers tend to push policies that support women and families and work across the aisle, according to the United State of Women, a partner in the Women’s March on Washington.

But far too often, qualified women do not consider a run for office attainable, the group says.

The United State of Women encourages people to nominate a woman (or yourself) for public office through a form on its website. The group puts those nominees in touch with local and national networks that help women develop the skills and confidence to see the run through.

Plan an event in your community

When the phone calls and petition drives grow tedious, rallies are crucial to re-energizing volunteers.

Whether it’s through a larger organization or on your own, gathering people around a cause reminds people of the bigger picture. 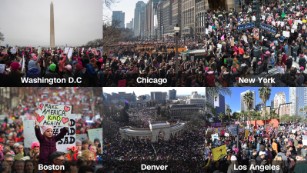 The International Day of the Woman on March 8 is another opportunity for activists to regroup, refocus and renew attention to their causes, Mercado said.

“In this moment when we know so many actions will be taken against women, immigrants and refugees, we need to find ways to stay together.”