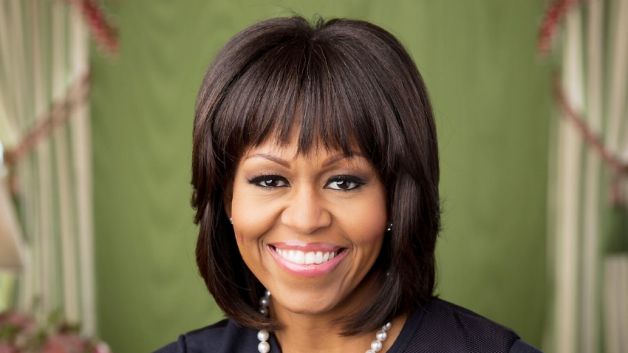 First Lady Michelle LaVaughn Robinson Obama has made world history as the first African-American First Lady of the United States since the founding of the powerful nation.

Never in U.S. History has there been such a hip, iconic first lady. She rocks Vera Wang, Alexander McQueen, J.Crew and Target outfits, and flexes more bicep muscle than The rock. She also loves to dance publicly and listens  to hip hop music. The first lady is no proverbial Robin to Batman. She holds her own, and was a giant success well before her husband, President Barack Obama, became a household name.

When she is not out helping her husband run the country, she gives all her time to raising her daughters Malia and Sasha. Her heart is with youth development, and in 2010, she launched  Let’s Move, bringing together community leaders, educators, medical professionals, parents and others in a nationwide effort to address the challenge of childhood obesity. in 2014, Mrs. Obama launched the Reach Higher Initiative, an effort to inspire young people across America to take charge of their future by completing their education past high school, whether at a professional training program, a community college or a four-year college or university. In 2015, Mrs. Obama joined President Obama to launch Let Girls learn, a U.S. government-wide initiative to help girls around the world go to school and stay in school. Mrs. Obama definitely blazed a trail for women and African Americans.