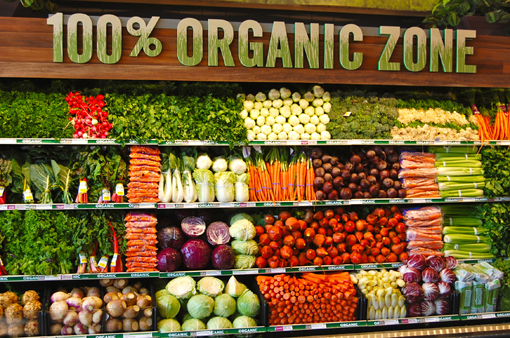 Choosing organic produce over conventional is usually the healthiest option, but some fruits and vegetables contain more harmful chemicals than others, so knowing which are dirtier than others can help you make smarter decisions when shopping.

A list of the “dirty dozen” was compiled by The Environmental Working Group (EWG) and that’s a good starting point to help you pick the right organic fruit or vegetable, as well as knowing which conventional option might be the safest.

The Dirty Dozen are those fruits and veggies that contain the highest pesticide residue and they include:

Other types of produce that have high levels of pesticide residue are kale, collard greens, snap peas (Imported), cucumbers, and hot peppers. In its study the EWG found that each of these foods tested positive for a number of different pesticide residues and showed higher concentrations of pesticides than other produce items.

The dirtiest of all the produce by weight were potatoes, while a single grape and single sweet bell pepper sampled contained 15 pesticides. Samples of apples, peaches, and nectarines also tested positive for pesticides over 90 percent of the time.

Unfortunately the soul food go-to veggie collard greens, and kale also contained trace levels of highly hazardous pesticides and the EWG recommends that people who eat a lot of these foods buy organic instead.

Better news is that all produce is not contaminated equally and there are many that have much lower levels of pesticides than the aforementioned dirty dozen.

Other produce found to be cleaner were grapefruit, eggplant, cantaloupe, cauliflower and sweet potatoes. Avocados were the cleanest with only 1 percent of the samples showing any detectable pesticides, while 89 percent of pineapples, 82 percent of kiwi, 80 percent of papayas, 88 percent of mango and 61 percent of cantaloupe had no signs of residues.

Despite the higher prices for organic produce sales spiked from $5.4 billion in 2005 to $15 billion in 2014. Here are a few of the comparisons between organic and conventional vegetables at a major supermarket.