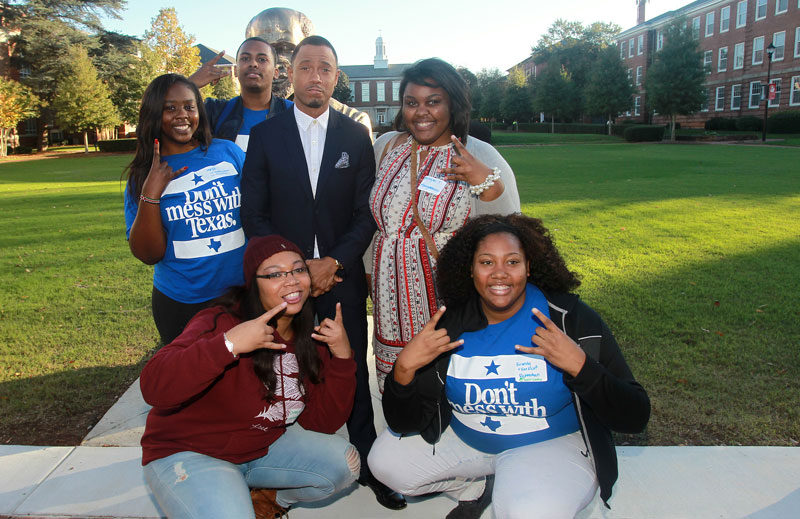 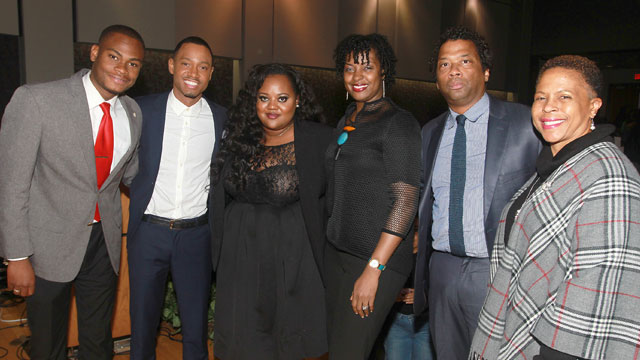 The My Life, My Story, #MyUntold Town Hall event engaged HBCU students by empowering them to lead and take personal accountability for enlightening others on the full cultural identity of African American youth. Students were invited to contribute their stories at an onsite photo/video booth, and during “man on the street” interviews captured across campus. To further encourage community engagement, the Haitian Club of Spelman College and the Minority Association for Pre-Medical Students of Clark Atlanta University were presented with a $1,000 check to develop programs to support local community organizations. 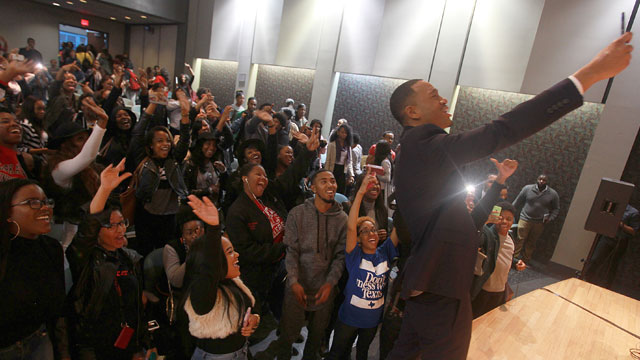 Actor, philanthropist and HBCU alumni Terrence ‘J’ Jenkins joins student attendees for a selfie during the Wells Fargo My Life, My Story, #MyUntold℠ Town Hall on November 10, 2015 at the Atlanta University Center Consortium.

“Wells Fargo’s #MyUntold campaign is valuable because it provides an important vantage point of the community that extends one-dimensional storytelling,” says Jenkins. “It’s my hope that coming out of this event students will be inspired to become the official storytellers of their community.

To date, the social media storytelling campaign has generated hundreds of personal stories from across the country. It has become a catalyst for self-expression that showcases diverse experiences among a common culture. 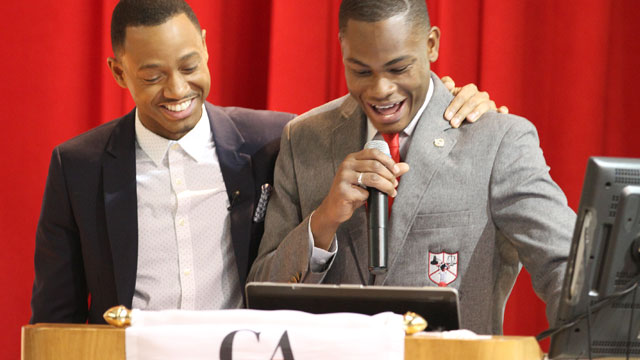 Actor, philanthropist and HBCU alumni Terrence ‘J’ Jenkins,  along with Clark Atlanta University student Adrain Artary at the My Life, My Story, #MyUntold℠ Town Hall on November 10, 2015 at the Atlanta University Center Consortium.

“Wells Fargo is happy to introduce #MyUntold to millennials in this way. We’ve taken the campaign across the country, and people literally wait in line to share their stories. As a company, we appreciate the opportunity to connect directly with the communities we serve in such a personal way,”   says Lisa Frison, vice president, African American Segment manager, Wells Fargo. “HBCU students in particular have the power to become the opinion formers of a generation, and #MyUntold is one way they can use their voice to lead.”

Following the event, students were joined by community members for a #MyUntold themed Instameet. Participants traveled to various campus landmarks to capture photo and video content (to share on Instagram®) that reflects their HBCU experiences. 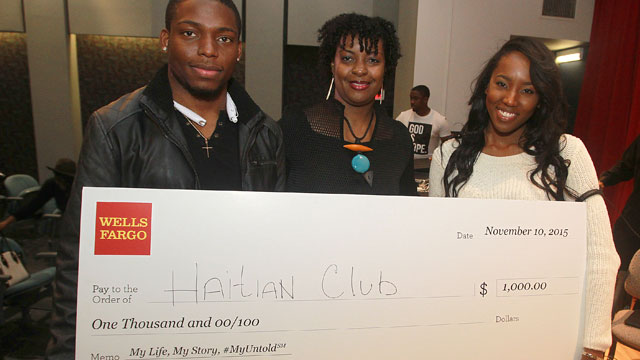 “Since #MyUntold launched, UNCF has been a strong supporter of the campaign,” says Richard Shropshire, Vice President of Communications and Marketing, UNCF. “This platform aligns with our ongoing relationship with Wells Fargo that includes longstanding support of the UNCF Empower Me Tour and UNCF Evening of Stars, engagement platforms which empower the African American community to aspire to higher education.”

Wells Fargo continues to promote the campaign through efforts with Oprah.Com and Interactive One, creating custom content, including stories from actor and HBCU alumni, Lance Gross, and Grammy-nominated singer-songwriter, Elle Varner. Renowned pastor, author and motivational speaker, Bishop T.D. Jakes recently shared his story about how his father’s sacrifice inspired him to strive for success while reaching back to help others. The company continues to encourage the community to share their own stories using #MyUntold. 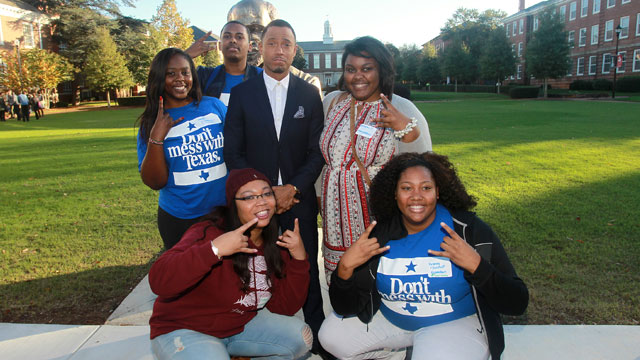