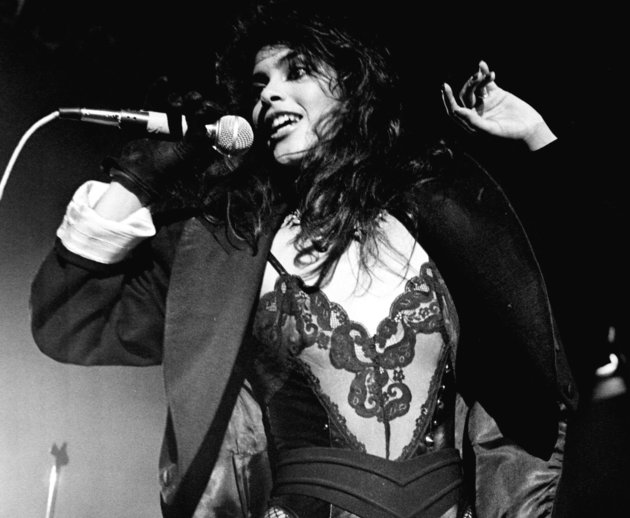 The 1980s pop star and model Denise Matthews, known by the stage name Vanity, died Monday at the age of 57. She battled years of kidney failure and a recent abdominal illness, according to TMZ.

Native to Canada, Matthews first found success as a model, but a fateful meeting at the American Music Awards in 1980 would help launch a singing career. Prince recruited the 21-year-old to become the lead singer of the R&B girl group Vanity 6, whose biggest hit was 1982’s “Nasty Girl.” Vanity 6 toured with Prince in ’82 and ’83, before splitting up. Vanity then released two solo albums via Motown Records, 1984’s “Wild Animal” and 1986’s “Skin on Skin.”

Vanity began work on a third solo album that did not come to fruition. She starred in the 1986 B-movie “Never Too Young to Die” and the 1988 action film “Action Jackson,” for which she contributed to the soundtrack. But as Vanity’s music career waned in the late ’80s, she developed a crack-cocaine addiction. As a result, she nearly overdosed in 1994 and suffered near-fatal kidney damage. Matthews then converted to Christianity, abandoned her stage name and became an evangelist.

Matthews never again recorded music or appeared in films. She published a memoir, Blame It On Vanity, in 2010. TMZ reports that Matthews attended her regular church service on Saturday, where she told the congregation she was “ready to go home.”