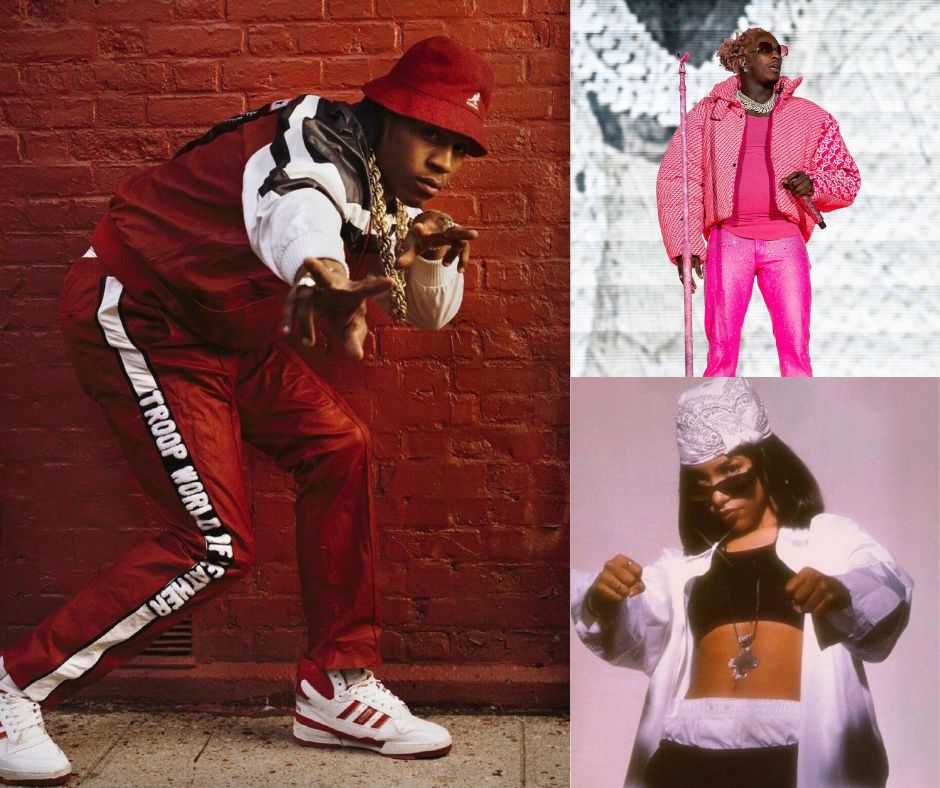 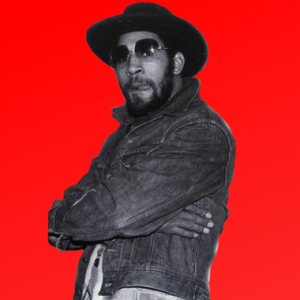 Over the last 50 years, hip-hop culture has become a global phenomenon. It began at a legendary block party on August 11, 1973, and has since stretched around the globe, lending its influence to infinite spaces.

Riding the wave of next year’s Jubilee celebration, Upscale magazine’s fashion editor Dr. Courtney A. Hammonds (“The Dean of Fashion”) and Dr. Adia Winfrey (“Mother of Hip-Hop Psychology”) are deep diving into the broad history of hip-hop fashion and take a sharper focus on its impact.

They draw upon their expertise and research to breakdown the culture’s characteristic influence on fashion. The goal is to preserve the past, celebrate the present, and ensure the culture’s future!

Celebrate 50 Years of Hip-Hop Fashion with Us!

Hip-Hop culture was born August 11, 1973, in The Bronx at a back-to-school block party organized by 17-year-old Cindy Campbell and djayed by her brother Clive Campbell aka DJ Kool Herc. This block party created a spark that became a flame in 1979 with the release of the rap song “Rapper’s Delight,” taking the culture from local to global. Throughout the ‘80s and ’90s, the flame became an inferno as hip-hop engulfed every space it entered. Its popularity led several leaders within hip-hop to create a code, which became the Hip Hop Declaration of Peace, to govern this ever-growing wave.

While the public perception of hip-hop culture is often mired by violence and misogyny, the 18 principles of the Hip hop Declaration of Peace guide the culture towards “a foundation of health, love, awareness, wealth, peace, and prosperity”. This historic document also provided an overview of the elements that make up hip-hop culture, which include Rapping,  Djing, Dance (b-boying/b-girling), Graffiti writing, Knowledge, Beatboxing, Street language, Street entrepreneurialism, Health & wellness, and Street Fashion. On May 16, 2001, following the presentation of the Hip-Hop Declaration of Peace, the United Nations recognized Hip Hop culture as an “international culture of peace and prosperity”.

But what does hip-hop mean, specifically its contribution to the fashion sector?

Fashion refers to an ongoing upheld attitude or behavior in a society. It covers ranges of customs as well as styles that are adopted by people in a society. It’s difficult to fathom today, but hip hop’s bold, imaginative style wasn’t always championed by mainstream America. Yet the culture could not be stopped.

Music and fashion are interconnected on several levels: one influences the other in a never-ending shift of trends. Over the last 50 years, hip hop has rooted itself into the fashion industry. Bred on the streets of America’s inner cities, its influence on fashion is profound and widespread, permeating every corner of the world.

For this op ed, we highlight hip hop fashion through its five basic elements:  the fit, the pieces, the hair, the accessories, and most importantly, the message.

When it comes to hip-hop fashion, everything is about urban style, carrying off that style and being recognized for it. It is not simply what you wear, it’s about how you wear it.

For example, Tamechi Toney Briggs is responsible for creating the legendary baggy pants worn by MC Hammer, a look that helped define the artist and the era. And, when Oaktown’s 357 was looking for an image, Tamechi’s unique and edgy format of design was perfect for the group’s funky hot and unique style.

By the late 1990s, those within hip hop saw the promise for fashion to extend their brands. Tastemakers and brands such as Walker Wear, Coogi, Enyce, FUBU, Karl Kani, Rocawear, Dapper Dan, Phat Farm/Baby Phat and Pelle Pelle grew to become household names by creating distinctive pieces like signature tees, eyepopping puffer coats, and uniquely designed pants. Despite their successes, these imagemakers and designers were hardly ever welcomed into the fashion industry as peers and were serious disruptors of American style.

To understand hip hop’s multifaceted, nonconforming culture, one must take into consideration the depth of Black culture, which is its foundation. Whether it’s braids and cornrows or buzz cuts with designs, hair offers a fresh perspective on the definitive timeline of hip hop’s fashion journey. And understanding these characteristic hairstyles in hip hop requires you to understand Black culture first.

Throughout its 50-year evolution two things have remained unrivaled, attitude and dopeness. You don’t need to know what the trendiest most expensive labels are to be cool. You only need your authentic voice to express yourself, and often it’s the small touches that cause the biggest seismic shifts. The earliest 1970s looks revolved around key accessories, such as Kangol hats or Gazelle glasses, worn in fresh style to neighborhood parties and clubs. In the 1980s it was jewelry like leather medallions or gold earrings for men and women that were game changing accessories elevating any look. Unisex backpacks and handbags became must have accessories in the 90s and 00s, no matter how pricey or inexpensive. And during the 2020 pandemic, it was hip-hop culture that took face masks from a public health measure to notable fashion accessory.

Hip Hop’s influence has expanded across continents, influencing politics and media culture.  Through hip-hop fashion, the culture has organically raised awareness and sparked societal shifts for the good. TLC’s use of condoms as accessories became a cultural public service announcement. And the X gear made popular during the rollout of the Malcolm X film starring Denzel Washington was one of the greatest literacy and knowledge of self-campaigns ever launched.

Hip Hop is an ever-changing animal, and so is fashion: the two will continue walking towards the future, sometimes together, sometimes in anti-thesis.  And that’s ok!

Hip-Hop fashion has evolved since its inception. This era has ushered in new trends, reinterpreting early styles, giving clothing collections from previous decades a modern twist.