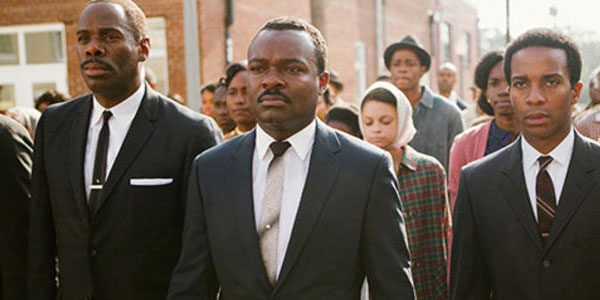 A chorus of support rang out on social media Thursday in support of Ava DuVernay, whose movingMartin Luther King Jr. biopic “Selma” received an Oscar nod for best picture and best original song.But DuVernay, the director, and the film’s actors were shut out of their respective categories to the ire of some social media users. Some took to Twitter to express their outrage, pointing to the fallacious notion that America has moved passed the need to fight for civil rights and in to a post-racial society, which is highlighted in DuVernay’s powerful biopic.

While Common and John Legend received an Oscar nomination for “Glory,” the film’s closing theme song that recently received a Golden Globe Award, David Oyelowo was passed over for a best actor nomination and DuVernay was not acknowledged in the best director category, a nomination that would have been the first for an African-American woman.

It is worth noting that DuVernay did receive an NAACP Image Award nomination for best directing in a motion picture.

Here is how Twitter responded to the Oscar snub:

She may have been snubbed by the #Oscars, but Ava DuVernay still marches on. Our interview with the #Selma director: http://t.co/Z3xwfg9uei

#Oscars celebrates MLK's birthday by snubbing #Selma. Is Scalia a member of the academy?

Lmao everybody got their hopes up for #Selma getting an Oscar. Sometimes yall act like you don't know how White supremacy works…

HUCKABEE CRITICIZED OBAMA FOR ALLOWING DAUGHTERS TO LISTEN TO BEYONCE