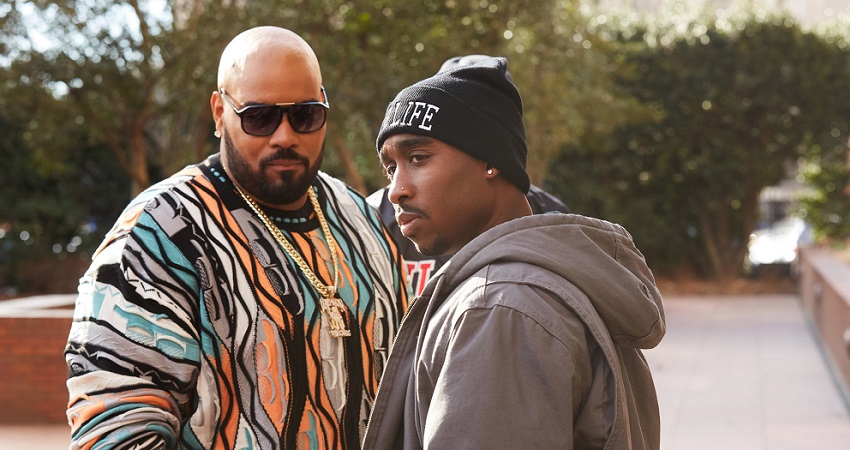 On what would’ve been Tupac Shakur’s 46th birthday, Lionsgate-Codeblack released the long-gestating biopic “All Eyez on Me” pulling an estimated $27.1 million in its debut weekend. Though only a third-place finish, it far surpassed analyst expectations of $17 million to $20 million, an unsurprising feat considering the industry’s historical inability to properly track films targeting black audiences.

“All Eyez on Me” follows the rise of Tupac, the Harlem-born hip-hop hit maker who, in just 25 years of life, came to define a generation through his music, acting and poetry before that fateful 1996 drive-by shooting. Starring first-time actor Demetrius Shipp Jr., a doppelganger for the “California Love” rapper, the film is titled after Tupac’s final album released before his death. It also stars Danai Gurira as his mother and former Black Panther Afeni Shakur, Kat Graham as Jada Pinkett (Smith) and Annie Ilonzeh as Kidada Jones.

A film that according to producer L.T. Hutton finally got made because of the massive success of 2015’s “Straight Outta Compton” — despite countless biopics about black musicians doing well at the box office before the film charting N.W.A’s rise — “All Eyez” is an audience favorite. Moviegoers (53% male; 62% 25 and older) gave the picture an A-minus CinemaScore. Just about every critic review however is negative, leaving the film, directed by Benny Boom and shepherded through a 20-year gestation period by former Death Row Record producer and Pac confidant Hutton, at a 24% Rotten Tomatoes rating.