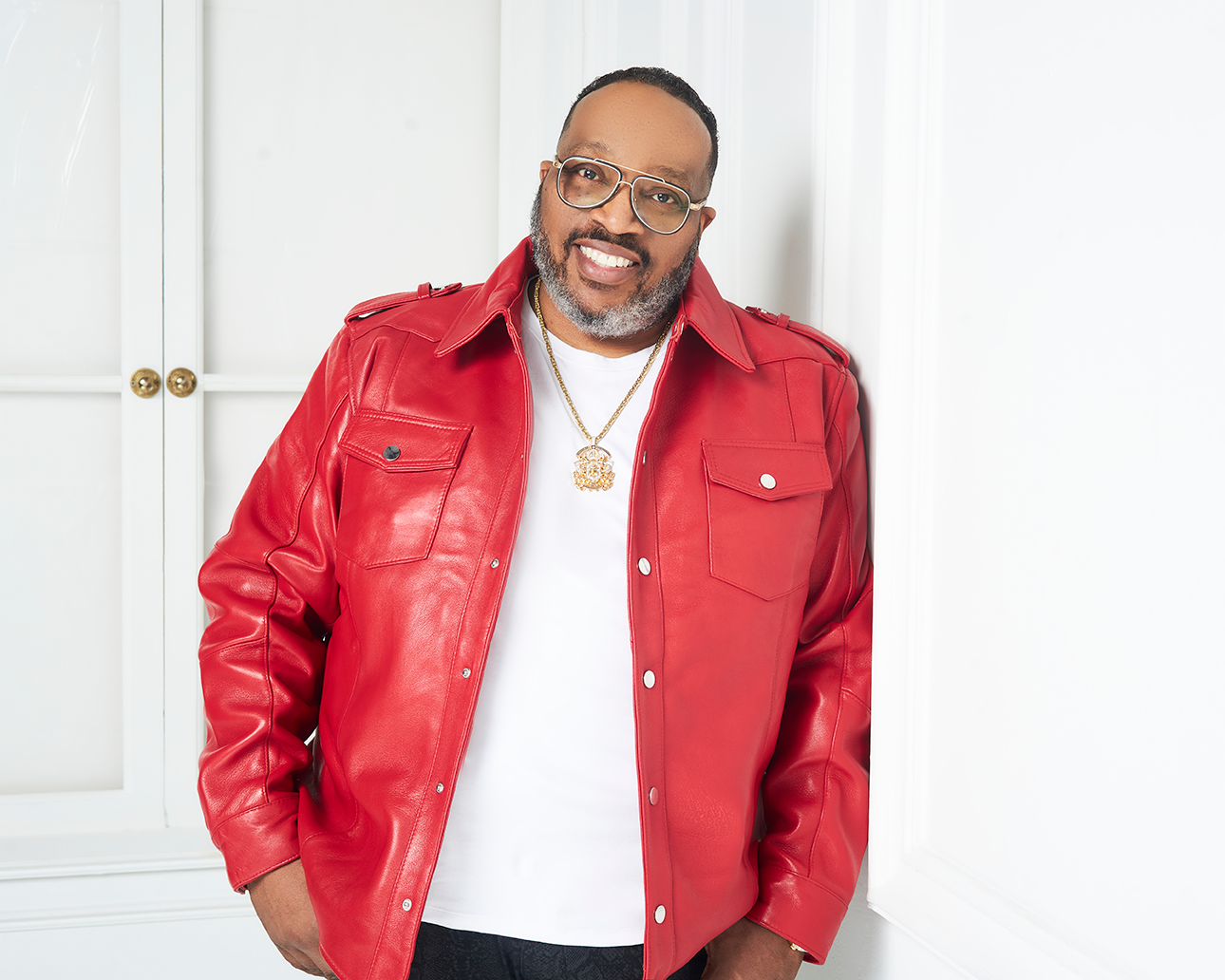 Marvin Sapp is an artist of vast repertoire and style, and he is a singer with an undeniable musical signature. There is a certain way that Sapp punctuates songs with unbridled, deeply felt emotion that beckons from a place of someone who knows what they are singing about. It is the place where tested faith resides–a place where most people have been, are or will be going.

This relatability is what makes Sapp a revered and relevant Gospel artist, even after more than 30 years in the business.

The self-proclaimed “preacher who happens to sing” is committed to wholly proclaiming the “Good News” while creating music that is “churchy but funky.”  He does the former through his leadership as Senior Pastor of The Chosen Vessel Cathedral in Fort Worth, Texas. The latter he does through his recording career, which has spawned six consecutive #1 album debuts and five #1 singles at Gospel radio, including the most recent “Thank You for It All,” which famously dethroned an 18-month trade-off between Kirk Franklin and Kanye West for Gospel’s #1 chart position.

He is the recipient of 24 Stellar Awards, 2 Soul Train Music Awards, 2 BET Awards, 4 Dove Awards, and 8 BMI Songwriter’s Awards. Sapp is also a 13-time Grammy Award nominee and multiple NAACP Image Award nominee, among numerous other accolades. Two songs, “Never Would Have Made It” and “Best In Me” were selected among the top songs of their release year by The Associated Press.

Sapp just released his 15th album, Substance. He talked to Upscale about his latest project and his new entertainment company, Elev8 Entertainment.

Substance is your 15th album. What is different about this one, and what can listeners expect?
There are two main differences with this album. I have always been signed to a major label, but I started my own label last year and this album is my first release. It is also the first album recorded in my newly built 2400 square foot studio–which I am very proud of. Recording on my own label in a studio that I own gave me a great sense of pride, purpose and focus that I think is apparent in these songs. I also worked with some new songwriters that I know the industry is going to hear a lot more from. It is my goal to use my platform to develop new talent. This is also, like many artists, my first project post-pandemic and I recorded the music that I felt God telling me people needed to hear as we heal from the unprecedented trauma of the last two years. So, there are a lot of things that are different about the album, but my foundational approach and sound is consistent and people will definitely know they are listening to a Marvin Sapp album!

Gospel music is constantly changing, how have you stayed relevant for more than 30 years?

I have stayed relevant by staying authentic to who I am and what my calling is. I am called to preach, number one, and I have a singing gift that I use as a further extension of providing biblical insights as well as hope, inspiration and entertainment. Each time I approach an album project, I look both inward and upward to get a sense of what God needs me to say through my music. I don’t look at what others are doing and try to create something that fits a certain trend or vibe. I do me, so people who like my music and ministry know what they are going to get and they continue to support me for that reason.

How do you balance preaching and singing?
I don’t balance the two as much as I integrate the two. When I am preaching, there are always moments when a song or hymn naturally comes to mind and I incorporate it into my sermon in order to really drive home a message. In fact, my biggest song–“Never Would Have Made It”–was not written for an album, it is a refrain that came into my spirit as I was beginning an attempt to preach after I had just eulogized my father. The same goes for singing. I approach every album–this current one included–as I do a sermon. I embed purpose into how the message is organized so that I take people on a journey where–when they reach its end–they are better off than when they started. And I also try to create my albums in a way that people want to experience it again–that way the repetition of the message sticks.

Tell us about your company, Elev8 Entertainment.
I want to elevate culture and entertainment through purpose-driven music, television and film projects, and I created Elev8 Entertainment to do that. It is a multimedia entertainment company that I founded in 2020. My album is the first music project to be released, and the second will be a praise and worship project with the music department at my church. We have a television docuseries that is very close to being greenlit this year, and other projects and ideas on the horizon. I’m excited about the future!