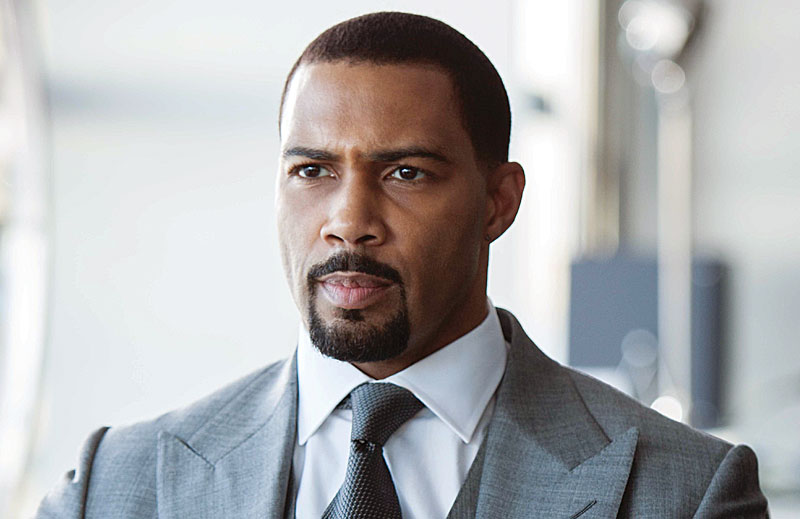 With major roles in such hits as Being Mary Jane and the new Starz series Power, Omari Hardwick is undoubtedly one of the sexiest men to grace your television screen. But he’s much more than a killer smile and hot body. A self-described “man’s man,” Hardwick is the total package. In this exclusive interview, he quiets any misconceptions and gets real about work, love and what really makes him happy. On an unusually hot spring day in the states, Omari Hardwick is as cool as a fan, probably because he’s conducting this interview from a scenic hotel room in France. Let’s be honest, the artist, actor and poet is a trending topic and his stock is skyrocketing.

From his love-to-hate role on BET’s breakout hit series, Being Mary Jane, nto his latest role as James “Ghost” St. Patrick in the new Starz original series Power, he’s living his life like a classic Hollywood heartthrob—fast, fierce and for real.

For more than 11 years, we’ve watched the Atlanta native (Decatur, Georgia, to be specific) morph into a bevy of characters on television and in silver-screen smashes including For Colored Girls, Kick-Ass, Sparkle, The A-Team and Dark Blue that have placed him opposite the likes of Janet Jackson, Kevin Costner and Whitney Houston, yet he handles his career with delicacy. Speaking to the frenzy that’s been created as of late thanks to his chest-baring, lovemaking role as Andre Daniels on the BET hit, Hardwick says he often finds the attention he receives for the role amusing. 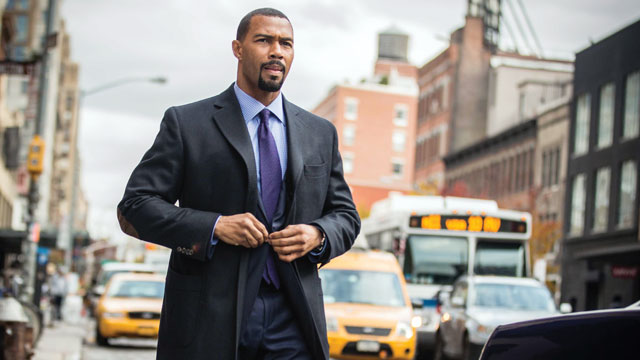 “I sometimes feel like I have to wear a sign on my head that says, “I’m Omari Latif Hardwick and I’m not the character,” he laughs, though he admits it’s good to know that he’s playing his role so well. “From the mall to a ballgame, I get responses that really trip me up. When that response is happening, it’s actually a bit entertaining.”

To that end, he admits to becoming immersed in his roles, sometimes to the point where he has to make a conscious effort to shake off his character when the day is wrapped.

“It scares me at times,” the 40-year-old admits. “When I’m working, it’s not always easy remembering who you really are. Sometimes you go to a place where it’s a bit harder to bring it back to you, but thankfully, I have great friends and family who unabashedly assist me in doing just that. It helps me be able to laugh when attention goes from 1 to 10,000.”

So in the event you ever have the pleasure of running into Hardwick, don’t expect the quick brush-off so many stars often give. No, really. Hardwick seriously wants to know your name.

“One thing that always keeps it in perspective is me extending my hand when someone wants to meet me and I always ask for names,” he says. “Honestly, it throws me sometimes because people aren’t used to that personal interaction.”

As for his new standing as Hollywood’s latest heartthrob? He doesn’t get caught up in the hype.

“Looks have to be taken with a grain of salt because they can be lost overnight,” he says with a shrug in his voice. “I was never raised to focus on outer appearances. I’m an athlete and poet that grew up in a black neighborhood, went to a white high school and majored in journalism in college. I will say that God gave us everything we have for a reason, looks included, but it’s only a part of the package. It’s a blessing, but I’ve never hung my hat on that. Our society can often be mainly focused on the visual perspective.” He even goes on to talk about those closest to him having to make him fully check into the laws of attraction.

“My queen, surprisingly enough, told me to embrace the opportunities that were coming my way that involved female responses to me,” says Hardwick. “I ran from it and didn’t embrace it. Mara and Salim [Akil, producers of BMJ] said the same thing. It forced me to revel in the entirety of Omari Hardwick.”

In acknowledging his entirety, Hardwick respects his passion and purpose and has to be very specific about roles that he accepts. “Diving in to roles or characters comes with a level of difficulty,” Hardwick, who admits that his mother wanted him to be a minister, says. “I absolutely will not play a character if I have an ounce of judgment towards it. I’ve been approached to play roles that I personally knew didn’t fit. I’m looking for some sort of redemptive quality, a glimmer of hope or something that makes people feel an ounce of empathy after the character has climaxed. I don’t know if I want to play a character that is an easy approach. I like complexity and gravitate towards challenge.”

Over the years, Hardwick has acknowledged that his life, being and career all boil down to having the wherewithal to manipulate the parallel of celebrity and being a regular person.

“People see what they want to see in others, period,” he says, starkly. He doesn’t mention it, but you can’t help but think of the actor’s loss of his young son to illness a few years ago. Though he’s since had another child, he’s been candid about the toll the loss took on him.

“As for me, some may see a man that they don’t think needs much help
because he’s super strong physically and emotionally,” he continues now. “Some may see an intimidating force who has it all together and has the power to change other people’s lives because of it. People just see the physical, immediately.”

Hardwick sees someone else entirely.

“ I see a man who’s a man’s man,” he counters. “A father that likes to play Cliff Huxtable with my family, ride motorcycles and obsess over preseventies cars. I also see someone that I don’t like some days. That’s the realest role I could ever play.” 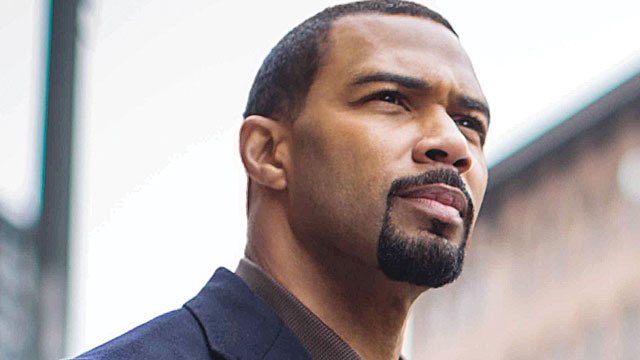 The sophomore season of the drama series picks up right where it left off: James “Ghost” St. Patrick doubling down on his drug business to save his nightclub and dream of a legitimate future. Power premieres on Saturday, June 6th at 9pm ET/PT on Starz. From executive producer Curtis “50 Cent” Jackson and show creator and executive producer Courtney Kemp Agboh, Power straddles the glamorous Manhattan lifestyles of the rich and infamous and the underworld of the international drug trade.