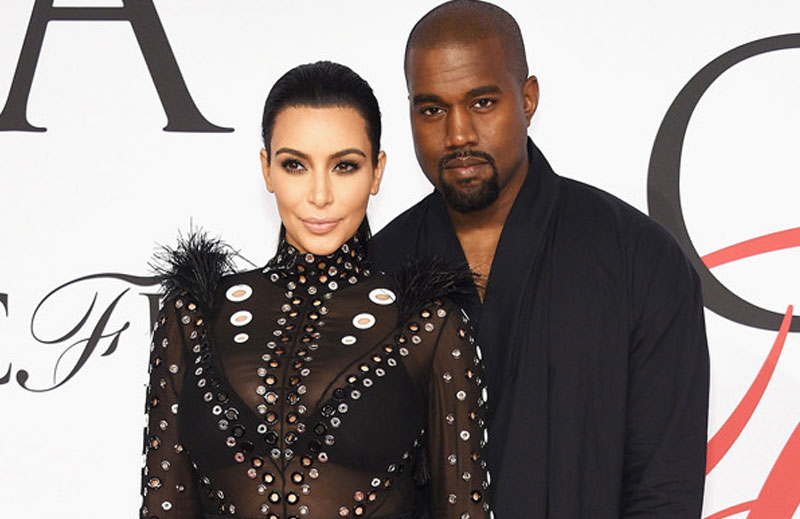 The Council of Fashion Designers of America Awards (CFDA Awards), most often called the Oscars of fashion, was a truly star-studded event at the fashion industry’s most anticipated award ceremony. Held at the Lincoln Center in New York City, style showed up and showed out! On the red carpet was this year’s Style Icon award recipient, Pharell, with wife Helen Lasichanh, dressed very casual in blue jeans and a blue leather jacket, topped off with a green newsboy cap. Williams presented a 12 minute acceptance speech, taking the time out to thank fashion’s most iconic and influential Editor-in-Chief of Vogue magazine, Anna Wintour, for giving him some key visibility in her magazine over a decade ago. He concluded by saying, “I’m not a style icon; I’m just inspired, and I’m ok with that.”

Kimye, who just recently announced baby number two, showed up and showed out. Wearing a completely sheer black custom-made gown by Proenza Schouler with matching heels, she wowed the crowd. Kanye, who was by her side, wore Haider Ackermann with his Adidas Yeezy 350 lows. Both Mr. and Mrs. West had the pleasure of taking the stage to present awards. Kanye, who says Pharrell is his style idol and often referred to himself as the “Angry Pharrell”, made yet another memorable speech as he presented the Style Icon award. He thanked Pharrell for his guidance throughout his journey in the fashion industry by saying, “Fashion had to be the hardest high school I ever went to, but at least I had my big brother.” Not to be outdone, the Selfie Queen, Kim Kardashian-West, introduced the creator of Instagram, Kevin Systrom with the CFDA Media award. 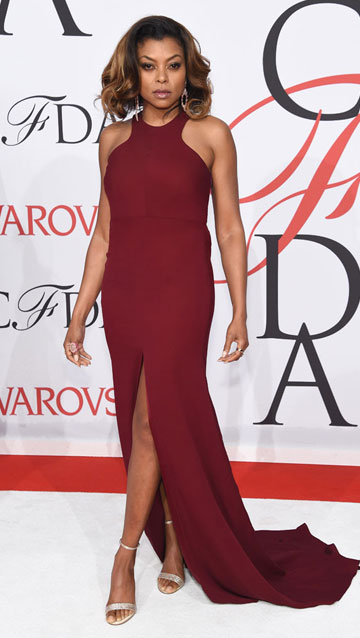 Taraji P. Henson, who was just named the first Black woman to win Best Lead Actress in a drama for her role as the fabulous Cookie Lyons on the hit show “Empire”, wore a stunning oxblood Vera Wang dress with a cut out back and slit up the middle. She presented Tabitha Simmons with the Accessories Designer of the Year award. 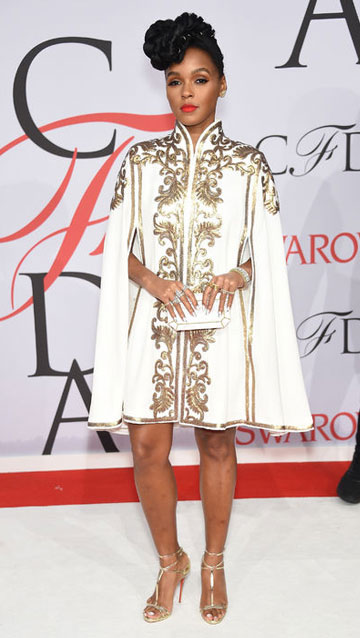 The breathtaking and beautiful singer Janelle Monae arrived on the arm of designer Tadashi Shoji. The recording artist wore a gorgeous custom white and gold embroidered cape by the designer, with show stopping jewelry lacing her fingers and bedazzling her hair. 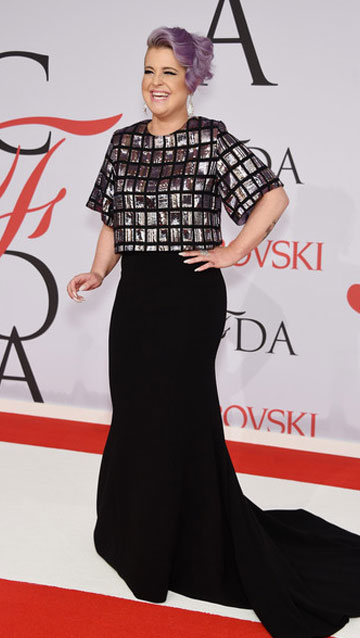 Kelly Osbourne introduced Betsey Johnson with the Lifetime Achievement Award wearing a custom design by Christian Siriano. Betsey Johnson graced the stage with her signature cartwheel and split that led to her shoe falling off. The 72 year old whimsical designer wore black and white stripes with multiple necklaces and sneakers.

ARREST WARRANTS ISSUED TO PEOPLE FOR CHEERING TOO LOUD AT A H.S. GRADUATION