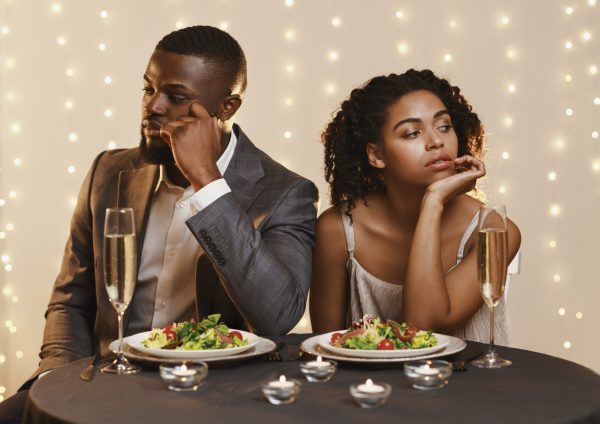 Steer clear of these very hazardous new relationship trends (with terminology to match). Here are our 10 dating DON’Ts to ditch in the new decade.

Dating can be really hard, especially dating in the new millennium. Sure, dating options seem limitless with the accessibility provided by social media plus the plethora of dating apps available to singles looking for a chance to hang out, hook up, find love or all of the above. But what else does all that access bring? Well, the potential for drama, that’s what—and complicated drama at that.

Long gone are the days of simply being stood up for a date; in 2020, ghosting isn’t the only thing you have to worry about. You can also get “Caspered.” And who’s still worried about “catfishing” when you can end up getting “Kanye’d”?

It seems like with the advent of each new gadget or dating app, there’s also an entirely new set of acceptable social behaviors to learn (or unlearn) and fresh rules to follow or risk ending up being a casualty of the dating game.

Now that we’ve entered a new decade, we have a slew of popular dating horror trends to be on the lookout for. We’ve pinpointed 10 for you to try to avoid at all costs (or, in some cases, to stop perpetrating yourself). -Jacinta Howard 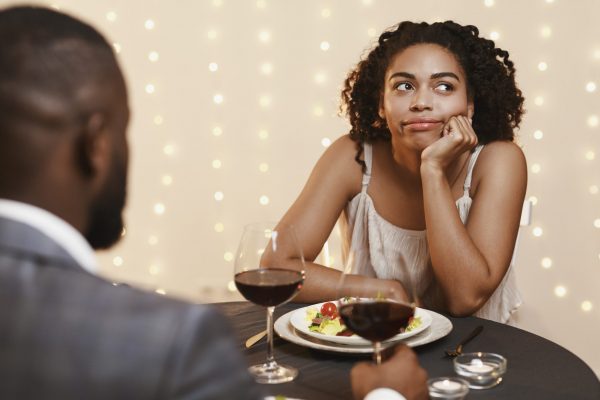 1. GETTING KANYE’D
Kanye West doesn’t exactly have a reputation for being a humble dude. Even the newfound, post-Jesus Is King Kanye can’t shake the conceited, self-aggrandizing reputation he’s worn for years now. After all, even post-transformation, he deemed himself a “Christian genius billionaire”—so there’s that. So, what exactly does ’Ye have to do with the dating world? As you’ve probably figured out by now, if you go out with someone and get “Kanye’d,” it means your date spent the entire night talking about one person—and that person wasn’t you.

In fact, your meet-up was probably dreadful and boring because your completely self-absorbed date spent the whole night talking about their favorite thing—themselves. Unfortunately, if you’re on the scene a lot, the odds for getting Kanye’d are pretty high. Dating app Plenty of Fish reports that 45 percent of singles they polled have experienced this dating trend at some point.

2. CASPERING
Remember Casper the Friendly Ghost? Well, in the 2020 dating world, “Caspering” is the friendly cousin of being ghosted. Basically, it means you’re absolutely about to be dumped, but your dating prospect at least had the decency to warn you that your relationship is a complete and utter wrap. Yes, they still plan on halting all forms of communication with you forever, but the key here is, they told you first. How considerate?

3. DIAL-TONING
Okay, so remember that time you asked for someone’s number while you were out; the person acted interested; you got excited; then you called or texted said person only to never, ever, ever receive a response? Like, ever? You, sadly, were a victim of“dial-toning.” Also related to ghosting and Caspering, dial-toning means you give someone your number but then proceed to never answer their calls or text. The real question here is, What’s the point?

Giving someone a fake number is understandable, particularly if you’re feeling peer pressured or just don’t want to hurt anyone’s feelings. But if you’re giving someone your actual number and then just failing to answer the phone? That’s a bit much and totally unnecessary.

4. WEASELING
This is a pretty straightforward name for something a lot of singles have experienced. Picture this: You’ve just ended things with someone (or the other way around). You’re moving on. You’re practicing yoga! You’ve gone to an art show around the block from your house! You’re drinking water and oiling your scalp! Basically, you’re doing a fantastic job of turning your ex into a memory. And then, when you least expect it, said ex sneaks up and starts liking your Instagram posts or dropping heart-likes on your Twitter musings again. Annoying, right? They’re weaseling their way back into your life. Don’t fall for it! Stand strong.

5. VAMPIRING
When do vampires come out? Why, at night, of course. If your person is only calling you during vampire meaning the house has gone down, they’re vampiring you, or the new way of saying you are a booty-call. Sorry. Or not sorry, if you have an understanding.

6. LEAPFROGGING
This is where things start getting pretty harsh. In what has to be one of the worst (and unfortunately increasingly common) current dating trends, “leapfrogging” has become a thing. So what is it? Imagine you’ve met someone who you think is pretty cool. You start hanging out, maybe you even have sex, only to realize the person (who you thought was into you) was actually just using you to get close to your friend. If this is you, you’ve been a victim of leapfrogging—someone hopping over you to get to the person they really wanted. Keep your eyes open for these types of people. They’re the absolute worst.

7. CAUSE-PLAYING
It sounds similar, but no, cause-playing has nothing to do with that anime convention your ex tried to drag you to. It’s when you’ve broken up, but your ex later reaches out to you for a favor, usually something to do with charity or some other altruistic cause. If you find a GoFundMe link in your DMs, beware.

8. ROSSED
Raise your hand if you used to watch Friends before Netflix stopped streaming it. Even if the sitcom wasn’t your thing, most people are at least remotely familiar with the infamous Ross–Rachel “we were on a break” relationship ender. In the dating world, if you’ve been Rossed, it means you and your partner take a break after a bad fight, and then he/she decides to sleep with someone else, like, hours (or days) later. Is it really cheating if you were on a break? Helpful hint: the answer is yes. Yes, it is.

9. FLEABAGGING
Merriam-Webster defines “fleabag” as a run-down or dirty motel. The new dating landscape says “fleabagging” is when you stick it out in a relationship that sucks or that you know beyond a shadow of a doubt is not for you because…reasons. See the correlation? Fleabagging is a run-down relationship that you stay in anyway. Whatever. Just stop doing that. It isn’t a nice thing to do to the person you’re sticking with—or to yourself.

10. EXOSKELETON
It’s kind of normal to check in on your ex on social media, just on occasion, right? (It isn’t.) But you’re definitely taking it a couple of steps too far when you start haunting (ahem, stalking) not your ex but your ex’s new partner online. If this is you, you’re an exoskeleton, and you truly need to stop. Like, now! Your ex’s new boo doesn’t want to be friends with you, sorry.