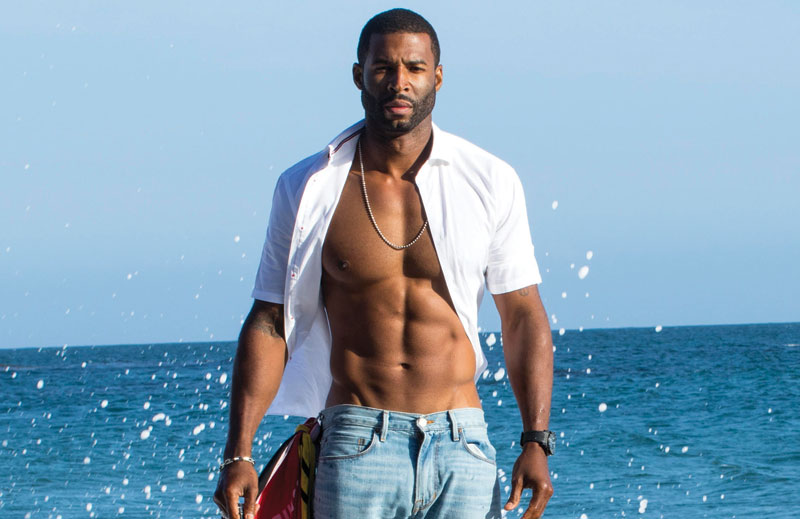 Great news ladies, Robert Christopher Riley is single. But the 34 year-old star of the highly-ranked VH1 show Hit the Floor is not just a pretty face. He holds a B.A. and a masters in theater and is a musician, photographer, athlete and self-proclaimed math nerd. Though the onscreen baller plays Terrence Wall opposite his beautiful cheerleader love interest on the salacious series, off screen Riley doesn’t discriminate. “I’m attracted to who I’m attracted to. Lord knows if you look at my history, there’s no particular kind of woman I date. A lot of ladies have a shot,” he laughs. “But you have to have intelligence, class and charisma.”

Riley speaks passionately about his early aspirations and the college experience that prompted him to become an actor full-time; He wrote and starred in Untold Truths: Why We Always Sit Together with his professor and mentor, Kashi Johnson, a play about campus discrimination and what it means to be black in a nearly-all-white institution.

THE ULTIMATE DIVA: DIANA ROSS IS A LIVING LEGEND