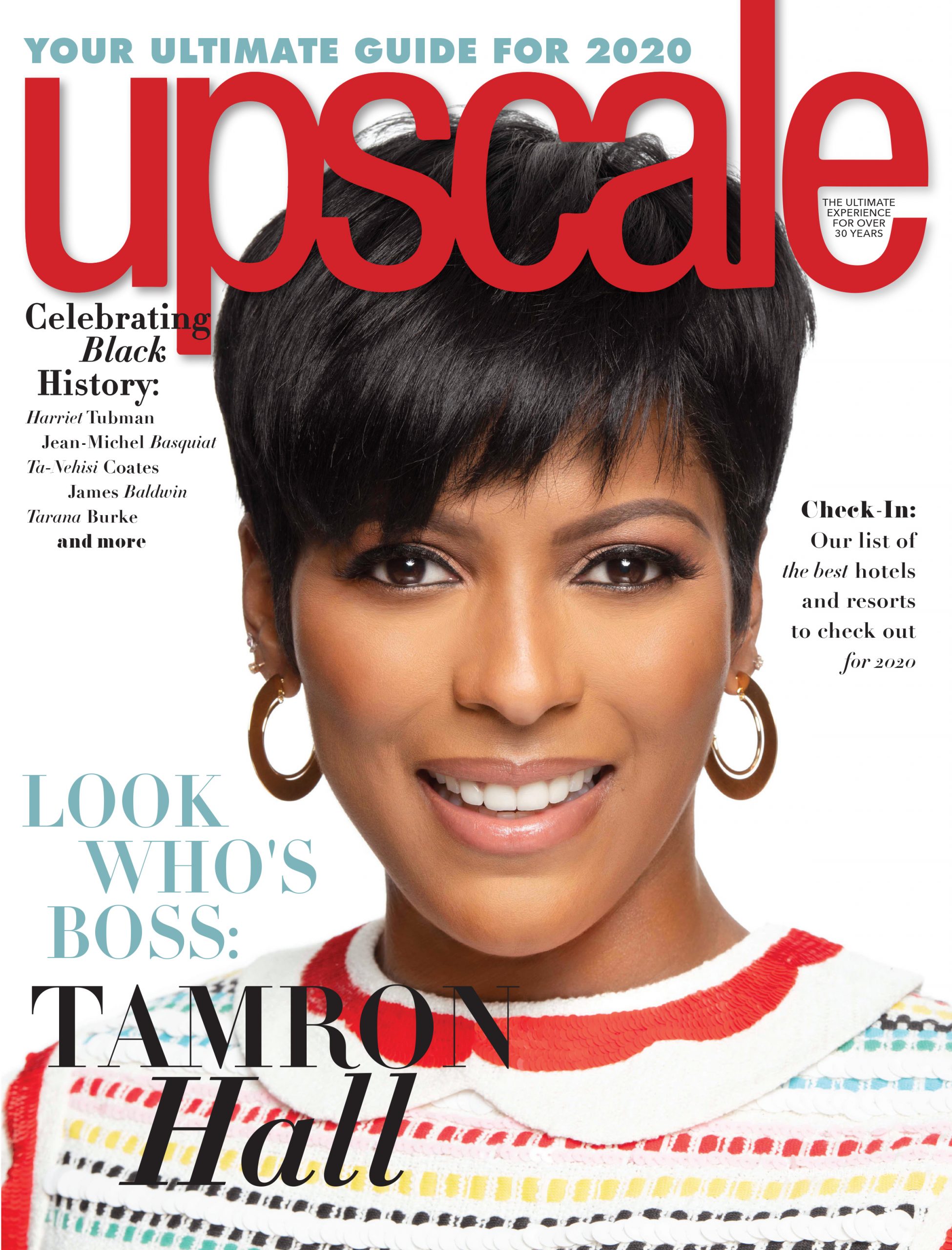 With an indelible smile and magnetic aura, Tamron Hall instantly connects with viewers.

The best thing is Hall has a pretty great balance of guests from all backgrounds and walks of life. Black female guests don’t stand out for their race or gender. No quota is being met here. The artists are simply getting their due. Hall’s show draws a noticeable black female audience eager to support her. “They did their research. And, they saw the importance of my story to the audience,” Hall tells an intimate group of black journalists, during Essence Festival in New Orleans, a couple of months before her show launched. “Forty percent of daytime TV or something around there are African American women. I bring that journey. But, I also bring that southern experience, too. I’ve lived in Chicago, Philadelphia, Texas, all over, and now New York. That’s an interesting perspective.”

With a new show, a new baby and this new glimpse into her world, we’re loving her even more.

Few can forget how callously Today, NBC’s iconic morning show, booted Hall from its popular third hour back in 2017. They did so to welcome former Fox News anchor Megyn Kelly, despite her race-baiting track record. Kelly was a white, blue-eyed blonde who is currently off the air. She’s known to be crass and ruffles more than a few feathers through questionable judgment. All while Hall’s excellence and grace earned her a stellar reputation.

It was hard not to think race was a factor, especially since Hall’s ratings were good while Kelly was unproven outside of Fox News. In addition, even in the face of obvious disrespect, NBC still expected Hall to stay. “I was offered an opportunity to stay, but I knew that it was in a diminished role. I knew why I was being replaced and I didn’t understand it,” Hall opened up back in July about her decision to part ways with NBC, with whom she had worked for a decade. “One of the things I thought about honestly was that I didn’t want a young woman to watch what happened to me and say, ‘If it can happen to Tamron, then I don’t stand a chance.’ I wanted her to see me take this hit but get up again. And that was very, very important to me.”

And since September, audiences have been learning a lot more about the newlywed, who became a new mom at age 48. She’s also opened up some about her friend Prince’s unexpected death.

This cover story has been condensed and edited for this format. To read the full original story CLICK HERE to purchase the new DIGITAL issue for a SPECIAL PRICE OF $1