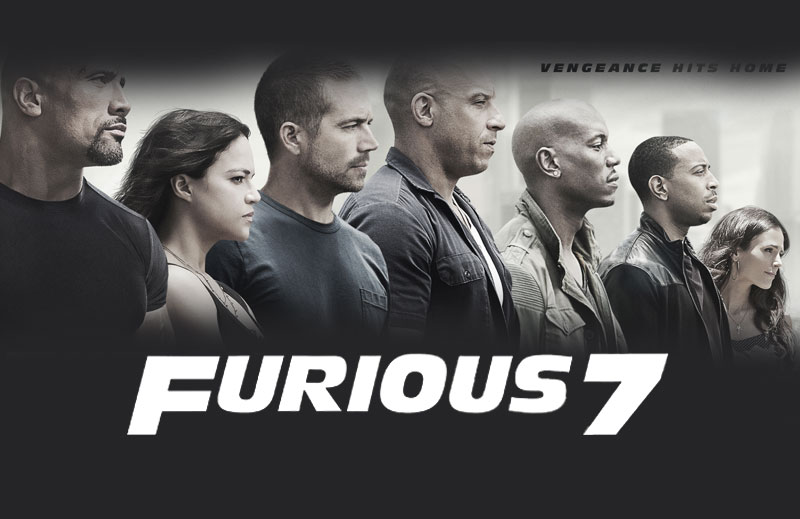 Paul Walker’s untimely death makes the final arrival of Furious 7 bittersweet. During a break in filming back in November 30, 2013, the 2005 Porsche Carrera GT Walker was riding in at over 100 miles per hour crashed, killing him and the driver. Filming eventually continued, with Walker’s brothers stepping in to complete the film.  So, yes, his death will very much be in the forefront as the film plays. But, ultimately, the film serves as a fitting last tribute for Walker, who rose to stardom after he and Vin Diesel launched the franchise with the very first The Fast and the Furious in 2001.

Unbelievably this franchise continues to top itself. Just when you thought it couldn’t get any better, it does. Cars dropping from planes, UFC-styled fighting, over-the-top luxury in Abu Dhabi and the serious range of beautiful and powerful vehicles just amaze. Seriously, they deserve awards for stunts, locations, just being such creative, forward-filmmakers. In this day and age, it is so hard to thrill audiences and Furious 7 more than accomplishes this. 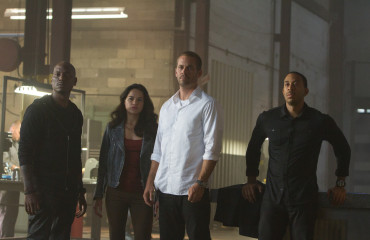 The cast is so on point too. Vin Diesel’s Dom does what he always does. And it’s great to see Michelle Rodriguez really back as Letty. Paul Walker’s Brian tugs at you because there seems to be so much foreshadowing to his actual death. Still there are lighter moments. Tyrese provides much needed comic relief as Roman Pearce and Ludacris is even better this time around as tech genius Tej Parker. The camaraderie between this crew is very real. It’s easy to step into their world because they have a true respect for each other that can’t be faked.

Dwayne “The Rock” Johnson is literally even more solid this film. His workout routine has to be insane. But they’ve also added a little humor to his character Hobbs that makes him charming, endearing even. The addition of Ramsey, played by Nathalie Emmanuel, a British actress before now best known for her role as Missandel on Game of Thrones, is a great move as well. There’s a lot of chemistry between her and the entire crew. And, as far as a 21st century villain goes, Jason Stratham, best known for The Transporter trilogy delivers. Djimon Hounsou is also a pleasant surprise as accompanying villain Jakande.

Of course adolescent boys will love Furious 7 the most. Certainly expect “cool mom”, “cool dad”, “awesome aunt”, “awesome uncle” props for making it happen because this is one ride the kids are sure to break the Internet over and you just might find yourself caught up in the frenzy as well.