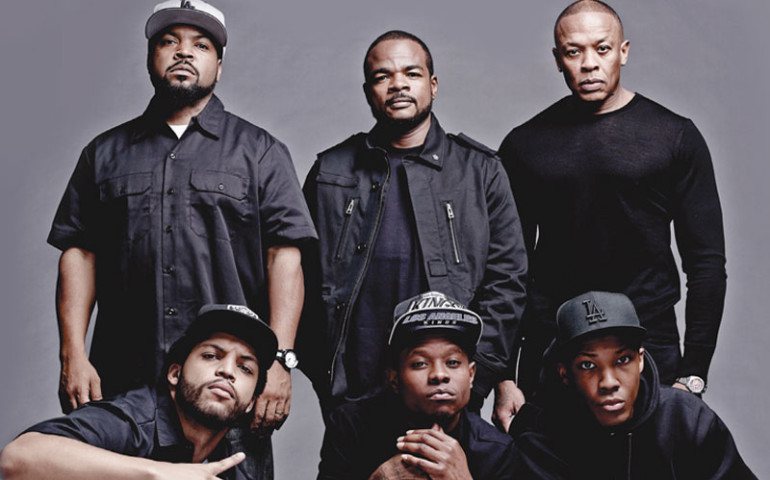 Almost 30 years since the forming of the South Central hip-hop group N.W.A. (N*ggas With Attitude), Hollywood is gracing music fans with a film that will give insight on the creation of one of the cornerstones of modern west coast hip-hop. Directed by F. Gary Gray, known for movies such as The Italian Job and The Negotiator, Straight Outta Compton will be the second biopic of the rap group’s story of struggle, fame and tragedy. The film will show the building blocks of how N.W.A. was formed and their impact on the Los Angeles music scene: the meeting of five young artists that used their musical talents to send a message to the world of the dangers and injustices experienced in South Central Los Angeles. Their music, deemed unfit for public ears, burned in the street, and the group was even contacted by the FBI because of their abrasive lyrics. However, none of this hindered the album Straight Outta Compton from going platinum with no radio play. Their music’s popularity was credited to the stories they told of their survival during a time when predominantly African-American neighborhoods were crippled by violence and infested with drugs. The film stars Ice Cube’s son O’Shea Jackson, Jr. playing the role of his father, as well as Corey Hawkins and Jason Mitchell. The film releases August 14, with the hopes of giving hip-hop a new look at the impact that N.W.A. had on the genre, as well as society at large.

FABULOUS BACK TO SCHOOL BREAKFAST IDEAS