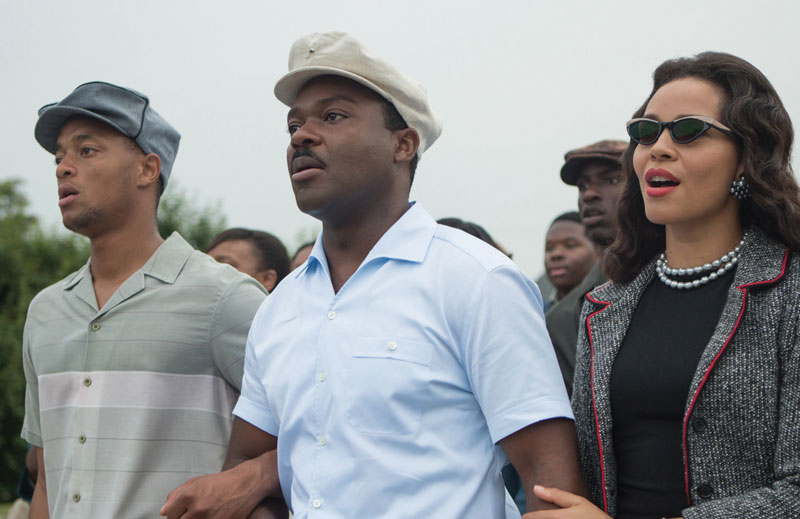 “MY FATHER IS FROM LOWNDES COUNTY,” SAYS Selma director Ava DuVernay, following a sneak peek of her highly anticipated film in New York in November. It was just days after her triumphant yet unexpected screening at the prestigious AFI (American Film Institute) Fest in L.A. In both instances, Selma brought crowds to their feet, instantly making this powerful chronicling of epic battles waged in Alabama—from Bloody Sunday to the historic Selma to Montgomery March led by Martin Luther King Jr. in the spring of 1965, which forced the passing of the Voting Rights Act—a serious Oscar contender.

As DuVernay shared with the crowd, the main challenge to herself and her team was “How do you do a civil rights movie that hasn’t been done? How do you do one that [I], as someone who doesn’t like them, would be interested in?” Part of the answer, says DuVernay, who majored in African American Studies at UCLA, came from her own family. While her father wasn’t among the marchers, he was an eyewitness to “the KKK [Ku Klux Klan] snipers that were positioned in the trees.” And today, though she still lives in L.A., her father, her mom, her two brothers and two sisters all call Montgomery home.

Giving voice to people like her father was critical, DuVernay explains. “It’s called Selma,” she said of the film. “It’s not called King, so it [was] really important that we adorn him in the film with this band of brothers and sisters that really made it happen.”

And for the film-publicist-turned-award-winning-director, who became the first Black woman to receive the Best Director Prize at the Sundance Film Festival for her second feature, Middle of Nowhere, her journey, like that of Dr. King’s, was not traveled alone. Selma star David Oyelowo, who humanizes Dr. King beyond the icon most of us have grown accustomed to seeing, and Bradford Young, the award-winning cinematographer who creates hauntingly beautiful images that honor the sacrifice and determination of all, big and small, who marched for freedom, have taken those steps with her, pulling her in and pulling her up in a made-for-the-big-screen odyssey that just might net them Oscar glory as well. In addition, Ava DuVernay became the first black woman to be nominated for the Golden Globe as best director. 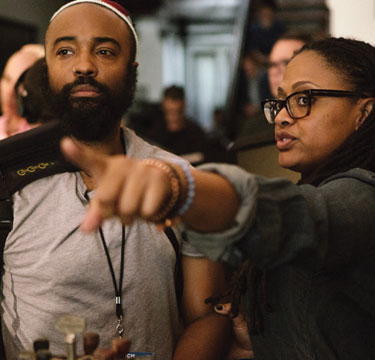 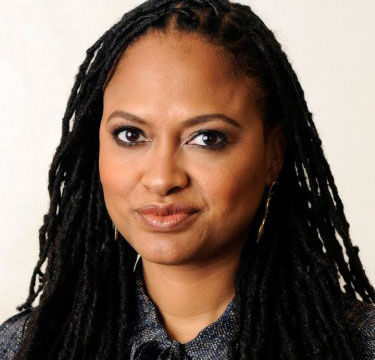 The much-buzzed-about film has an intriguing backstory. At one time, acclaimed director Lee Daniels, whose breakout film Precious scored two high-profile Oscar wins for comedian Mo’Nique and screenwriter Geoffrey Fletcher, prominently helmed the film. It was Daniels who crowned Oyelowo King. And when Daniels left the historic undertaking, Oyelowo, the British/Nigerian actor whose many American credits include Red Tails, Lincoln and The Butler, asked producers, which, also due to him, now included Oprah Winfrey, to bring on DuVernay. And, in turn, DuVernay signed up Young.

All three—DuVernay, Oyelowo and Young—worked together on Middle of Nowhere. That modest indie, however, came with very few or no expectations. With studio backing and esteemed actors ranging from Robert DeNiro to Hugh Jackman once attached, Selma was much bigger and raised the stakes considerably. Adding to the pressure, the film was impossibly slated to debut on Christmas Day. Nevermind that production officially began in May 2014. But, somehow, the trio remained focused and delivered. 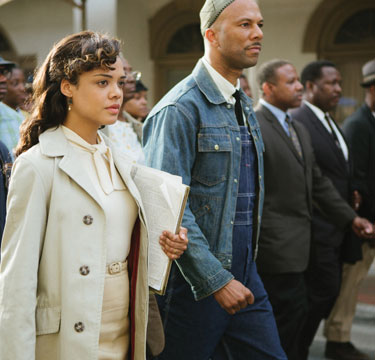 “This is a collaboration I cherished. This is my sister. This is an artist that I really believe in. This is an artist who I believe speaks for us,” Louisville, Kentucky native Young, told the New York audience, as DuVernay stood by his side. Young first worked with DuVernay on her documentary, My Mic Sounds Nice: The Truth About Women in Hip Hop, before continuing that relationship with Middle of Nowhere, her short film, The Door, and now Selma.

And though many rightfully note the magic he creates with Selma, Young modestly deflects all praise back to DuVernay. “Whatever image you see up there that you like, it was generated by her brain first and transfused to me. I’m just grateful to have the opportunity to be by her side. Every time I’m by her side, my life changes an immeasurable amount,” he declared. But Young, like Oyelowo and DuVernay, is another artist on the move in his own right. In 2011, he won Sundance’s Excellence in Cinematography Award for Pariah, the provocative lesbian coming-of-age indie, and then tied himself for the same award in 2013 with both Mother of George and Ain’t Them Bodies Saints. Other noted films include Restless City and 2014’s A Most Violent Year, in which Oyelowo also appears.

“They are both geniuses,” proclaims Oyelowo during an intimate interview in Atlanta. Emphasizing how DuVernay, who, unfortunately, will not be formally credited for rewriting the original script, brought much-needed heart and soul to Selma, Oyelowo says, “Her writing is just so intoxicating to me. It captures us as a people in a way in all honesty, and I don’t think this is what she sets out to do; but I think it transcends race. It makes us human in a way that for a broad audience is truly beautiful. Because there is no denial of who we are and what we are, but she gets to the heart of the humanity in us in a way that I think other filmmakers, other writers, when it comes to Black characters, they tend to stop short of giving us the layers that I see in us every day. “And so when I had had that experience with her on Middle of Nowhere,” he continues, “I always knew that I live and die in terms of playing this role by how much humanity I can bring to King. If I’m just portraying just a historical figure, an icon, a speech, no one is going to walk away more than they would see in a documentary. But her writing ability, her direction, her kindness as a human being are all things I felt that I needed around me while doing this. And when she came aboard and rewrote [British screenwriter] Paul Webb’s script and, in my opinion, hugely improved, it and brought an authenticity that wasn’t there before, I have to say I’m going to pat myself on the back and say that I was right.”While Oyelowo can’t take full credit for Young’s direct involvement, he has high praise for him as well. “What’s amazing about Bradford is not only does he shoot brown skin amazingly, but he loves brown skin, and he and Ava between them love the landscape of our faces and what we do by way of expression, all of our love, all of our pain, all of our spirituality, all that is us. He is so brilliant at capturing that. And when you look at a film with this many people in it who contributed to this movement, you want to see every face because that’s the thing when you watch the black and white footage: the sheer amount of that swath of humanity that came together, Black and white. But those Black faces, it’s so lovingly done and everything about the film is so lovingly done.” In becoming Dr. King, Oyelowo put on thirty pounds. He was so deep in character, DuVernay has noted, that many in the cast didn’t even know he was British, full accent and all, until the film wrapped. “He lived in it,” she says. “He transformed himself.” 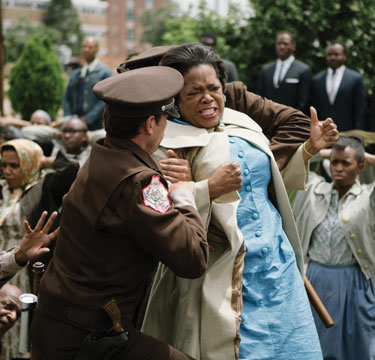 Oprah, who played Gloria, mother to Oyelowo’s Louis Gaines in The Butler and plays real-life Annie Lee Cooper, who dared to register to vote, in Selma counts herself among his biggest fans. “ You’re going to hear big things about him,” she promises. “ When I say ‘brilliant,’ I really do mean the light of him comes through in every experience…. He’s going to be huge. He already is in his own way, but you know why? He is hungry, but for all the right reasons. And he’s so talented and is always reaching for the truth for himself and for the characters.”Reaching for the truth is something Selma thrives on. Back at Urbanworld, DuVernay said, “We are not seeing a lot of the swagger of the nonviolent movement in most of the films about civil rights and there was a lot swagger there, a lot of bravery.”That’s what Selma is full of—thanks in large part to three artists who have committed to being bodacious in their own way.

CELEBRATING A DECADE OF INSPIRING AND EMPOWERING ASPIRING BLACK LAWYERS