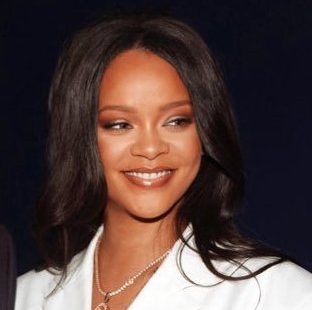 She recently told TMZ that she’s “nervous but excited” to perform. Still, fans main questions are not about how she feels but who will join her. When asked if A$AP Rocky, the father of their newborn child, would be performing with her, she shrugged and said, “Maybe, girl.”

Shawn “Jay Z” Carter stated, “Rihanna is a generational talent, a woman of humble beginnings who has surpassed expectations at every turn. A person born on the small island of Barbados who became one of the most prominent artists ever. Self-made in business and entertainment.”

Currently, there are no plans for other acts to join Rihanna, 34, on stage, like in 2021’s Jennifer Lopez and Shakira halftime event. Not that there would be a need. The Anti singer’s catalog includes 14 #1 singles on the U.S. Billboard Hot 100. Plus, she would have a slew of artists from past collaborations to invite as special guests, such as Drake, Chris Brown, Nicki Minaj, Future, Kanye West, Eminem, T.I., and Justin Timberlake.

This is the second time Rihanna, whose real name is Robyn Fenty, has been asked to join the halftime show. Maroon Five, the headliners, asked the singer to join them on stage at the 2019 Superbowl. However, she declined the invitation to protest the NFL’s actions against former San Francisco 49ers quarterback and activist Colin Kaepernick.

She told Vogue in 2019, “I couldn’t dare do that. For what? Who gains from that? Not my people. “I just couldn’t be a sellout. I couldn’t be an enabler. There’s things within that organization that I do not agree with at all, and I was not about to go and be of service to them in any way.”

However, there are probably better reasons to agree to the 2023 event than before. For one, Roc Nation, Rihanna’s management company, signed a deal with the NFL three years ago to curate the Superbowl’s entertainment and work with the league’s social initiative. Also, Jay-Z, the head of Roc Nation, played a key role in discovering her at age 16.

The 2023 Super Bowl will be the first year of a partnership between Roc Nation, Apple Music, and the NFL. This will be Rihanna’s first live performance in five years.