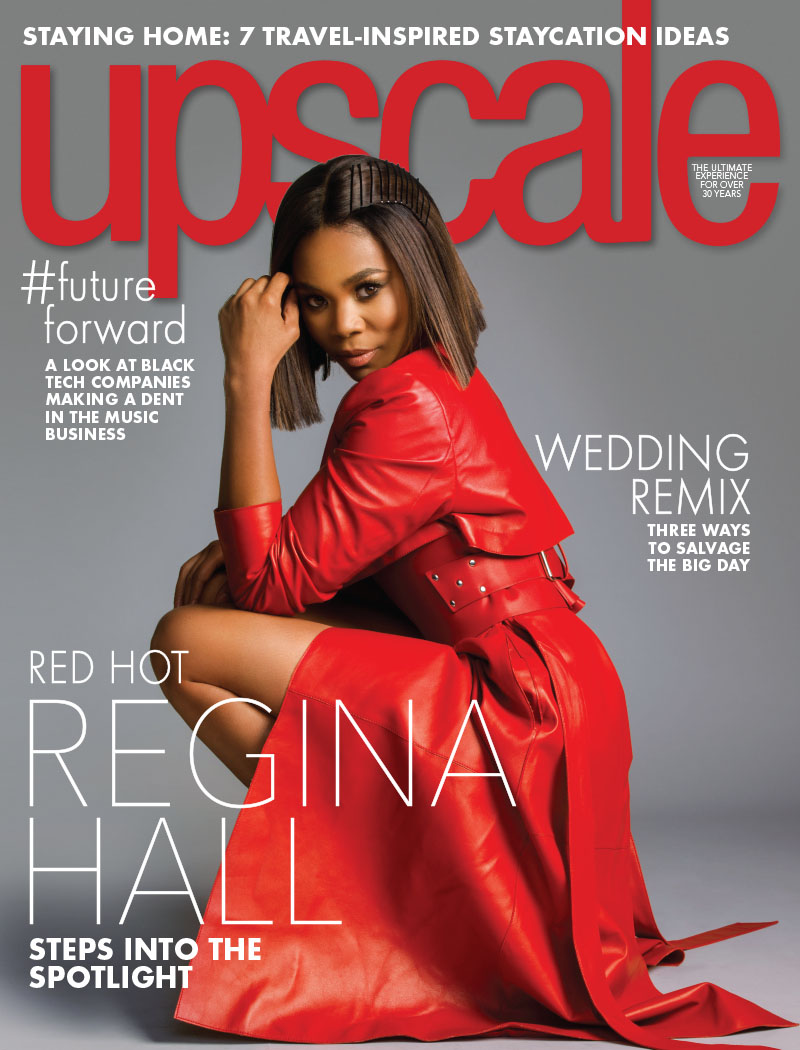 After years in Hollywood, Regina Hall is poised for another breakout year, both on screen and behind the camera. Still as down to earth and relatable as ever, Regina Hall dishes on what’s really up with diversity in Hollywood, why it’s important to learn to let go and what excites her these days.

Hall isn’t very good at online Spades, and she’s a little upset about it. “I got my ass beat real bad. And got embarrassed,” she deadpans, a laugh lurking just beyond her peeved tone. “But I am good!” she insists. “Online, it just feels a little different, so I’m gonna practice before the next game.”

Like the rest of America, on this afternoon in late April, Hall is “sheltering in place” amid the COVID-19 pandemic. Among other things, it means she had to take her ordinarily impressive Spades skills online. She’s also had to adjust to a new normal, following a loose schedule of sorts, to maintain some semblance of normalcy, while practicing social distancing.

“I don’t know if it’s a routine, but I do the same sh-t every day,” she laughs when asked about how she’s been structuring her days. “It’s a routine. I go for walks, do a little reading, a little writing, FaceTime friends. I have been organizing more—certain closets when I get to them. Cleaning. I do like to pull weeds…it’s very soothing,” she adds with a laugh, seeming almost surprised by her own admission.” 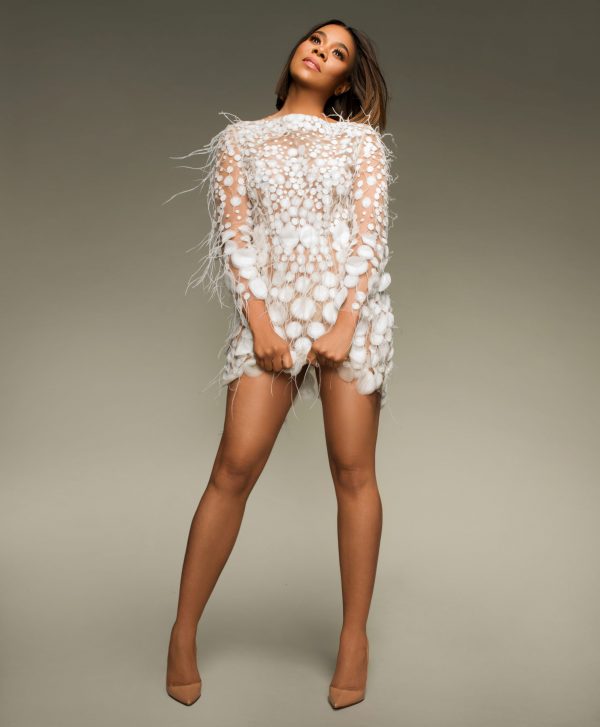 Just a week prior, Hall co-hosted a BET special, Saving Our Selves: A BET COVID-19 Relief Effort, which raised more than $16 million to support African American communities impacted by COVID-19. During the special, Hall was her typical self, funny and relatable. Even showing up makeup free with a messy ponytail in one comical bit with her friend, comedian Kevin Hart.

But that’s always been part of Hall’s charm. She comes off as someone you’ve known forever and can’t wait to hang out with again. She’s beautiful, but she doesn’t lean in to that as her only source of appeal. She’s sweet but also sharp and witty. And when you least expect it, she’s thoughtful and wise. That energy has translated on screen in her 20 years in the business.

For me, it feels like the next step of what I enjoy. It’s exciting for me to think that perhaps something that we created could come to screen.

The D.C. native didn’t break into Hollywood until she was 26. Following undergrad, she still didn’t have a job, and after a bit of pressure from her parents to figure out what she wanted to do, she decided to pursue a master’s degree in journalism from New York University.

But her dad had a stroke during her first semester. Shocked by his sudden passing, Hall found herself reevaluating her life. It didn’t take too long for her to earnestly pursue acting. And in 1997, she landed her first gig in a McDonald’s commercial. A couple years later, in 1999, she made her big film debut as a surprisingly insightful stripper named Candy in The Best Man. That’s the set where she also met her longtime bestie-sister, actress Sanaa Lathan.

Next up was the romantic drama Love and Basketball, in which she played Lathan’s older sister. But it was the popular Scary Movie franchise where Hall really made a mark on viewers. It’s likely due to her ability to display her comedic chops, and hence versatility, in front of the camera.

The work has been constant since then, including a leading role in the 2017 blockbuster comedy Girls Trip with Queen Latifah, Jada Pinkett Smith and Tiffany Haddish. She followed that up with a critically acclaimed turn in the indie film Support the Girls. And in 2019, it was the body-switching comedy Little with Issa Rae and Black-ish star Marsai Martin and a Shaft sequel with Samuel Jackson.

Suffice to say that recently Hall’s profile has noticeably increased (Girls Trip grossed a whopping $140 million). Mainstream Hollywood’s eye has finally turned toward black films, and Hall is getting more attention for the work she’s been doing for years.

Hall returned to television. She’s starring on the Showtime comedy Black Monday opposite Don Cheadle, who she’s long admired. In it’s second season. It returns to the air June 28. The show is an 80s comedy set in a Wall Street firm. Hall plays Dawn, a ruthless, ambitious character who she loved from the jump because. As she told People when the series first launched in 2019, Dawn is “brash like the boys” but still witty and intelligent. She also liked that the writers didn’t make her the “school mom” of the group.

“I think something has to just speak to me in some kind of way,” she says of how she chooses her roles. “Maybe it’s a character or a cast or a director or a writer I love. Or maybe something that’s totally unlike the thing I did before. There’s a lot of factors. And sometimes you’re like, ‘This could be really awful.’ I mean. I’ve taken stuff where it was like, ‘This is either gonna work or suck.’ It’s all a risk in terms of how people might define it as successful.

“I don’t like to take stuff if I don’t want to do it. Because I feel like it’s not fair to all the other people who are a part of it. If it’s not something that makes me feel connected or excited to do the work, I won’t say yes.”

As her profile has steadily increased, so have her producer credits. Hall serves as executive producer on Black Monday. She also will executive produce and star in the Amazon thriller Master. She was in the middle of shooting when the pandemic hit. And that writing she mentioned earlier as part of her quarantine routine? It’s for a one-hour drama television series she’s co-writing, which she plans to shop around once things quiet down a bit. She says writing was a natural progression in her career.

“It’s kind of just what makes you excited,” she says. “For me, it feels like the next step of what I enjoy. It’s exciting for me to think that perhaps something that we created could come to screen. And that there were so many people that joined forces to make it happen.” It isn’t only having a different outlet for her creativity that she enjoys. She also likes working behind the scenes because it allows her to offer more opportunities to other people.

This cover story is condensed and edited for this format. To read Regina Hall’s full original story CLICK HERE to purchase the new DIGITAL issue for a SPECIAL PRICE OF $1.