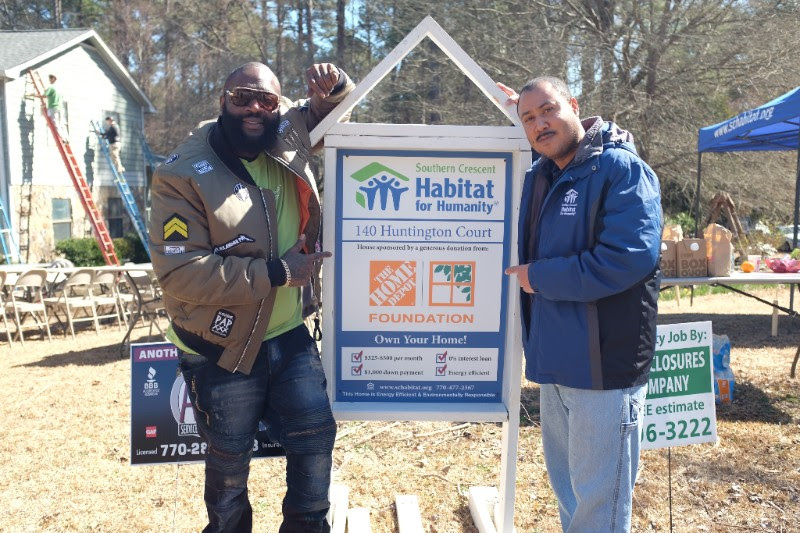 Ross then walked over to the build site were forty surprised volunteers fromPublix and AT&T Pioneers were assisting with the painting of Jacobs home. Alongside volunteers, Ross grabbed a paint brush and a paint bucket and assisted with the painting. The day concluded with Ross taking photos with the volunteers and ready to move forward with planning his involvement in Fayette County.

For more information on how you can get involved with Southern Crescent Habitat and our upcoming events, please visit www.schabitat.org and continue the conversation on Facebook/Twitter/Instagram (@SCHabitatfh) and hashtag #BeABossInTheCommunity #BuildWithSCHabitat

CENTRIC AND UPSCALE PRESENT SIXTEEN WOMEN TO WATCH IN 2016.