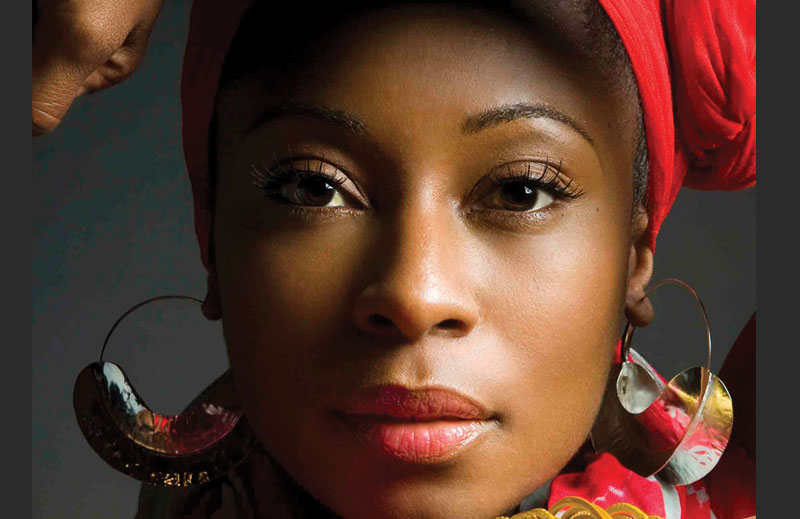 Who would have thought that just over a year after meeting a young John Singleton and playing an extra in Boyz n the Hood, a then 21-year-old Fatima Robinson would make her claim to fame as the choreographer for Michael Jackson’s hit 1991 single “Remember the Time”?

Robinson discovered her fondness for dance at an early age. Being the oldest of three, the now mother of one used dance as a way to entertain her younger siblings while their mother was at work. “I loved dancing, and I had two little sisters,” she explains. “So I would always make up dance routines with my sisters whenever my mom had friends or guests over.”

It’s been more than 20 years since “Remember the Time,” and Robinson has proven that her remarkable creative expertise remains unvanquished. Today, the 43-year-old has made a name for herself as one of Hollywood’s leading tastemakers, even being listed under Entertainment Weekly’s 100 Most Creative People in Entertainment. Since working with the king of pop, the talented dancer has gone on to choreograph videos for the likes of numerous legendary musicians, including Prince, Aaliyah, Usher, Rihanna, Sade and Mary J. Blige, to name a few, and all without any initial formal dance training. “My training was really just the routines and things I would make up with my sisters,” she shared with StyleLikeU.com. “I would record music videos and watch those and learn all the dance steps in them.”

While she is best known for her work in music videos, the Arkansas native was also the choreographer for hit films including Dreamgirls, American Gangster, Public Enemy and several more. She has worked on a variety of major television events and series such as Movies Rock, Fashion Rocks and Hip Hop Honours. In addition, her work has been featured on Dancing With the Stars, and in 2009, Robinson made history as the second African American woman to ever choreograph the Oscars performance for Best Original Song. Her work behind the scenes of film and television productions led her to enroll at the New York Film Academy, where she expanded her creative skill set, learning directorial and technical intricacies.

Robinson most recently opened up her own dance studio in Silverlake, California, Foresight Studios, which has catered to acclaimed stars such as Janet Jackson, Sean Combs, Beyoncé, Jennifer Lopez and many more. Although the dancer has had tremendous success in the arts, Robinson would like to find honest love but knows that it will only happen once the time is right. “There’s something about doing things in its proper time,” she says. “When you do things in its proper time, everything just comes into fruition.”

GET A SLICE OF HEAVEN AT THIS ST. LUCIA SPA