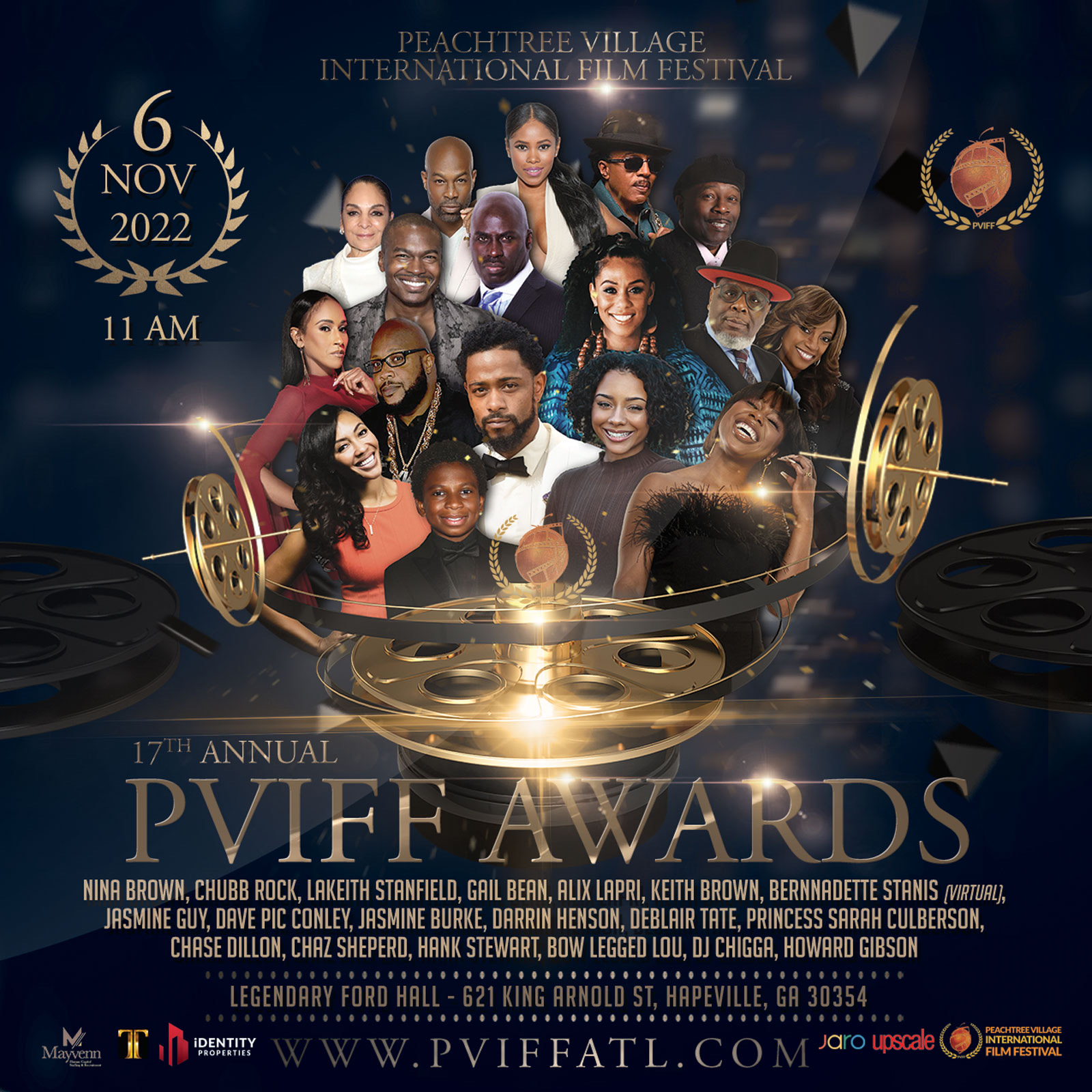 PVIFF will feature more than 100 shorts, features, documentaries, web series, music videos, and screenplays. In addition, the festival will host several educational panels, workshops, and special events. As PVIFF celebrates its 17th anniversary, the festival will highlight the success filmmakers and award winners have had over the past decade after premiering and winning at their event.

“We provide an environment at PVIFF that’s conducive for creatives and  professionals alike,” says PVIFF co-Founder, Len Gibson. “Our goal is to connect the business with the creative aspects of filmmaking to provide a pathway to a successful career in film or television.”

PVIFF enters its sixth year in partnership with the thriving film, media, and art digital platform JARO Media Services. JARO is proud to sponsor the 5th Annual Short Film competition on behalf of PVIFF. The top three winners of the PVIFF Short Films/Short Docs Competition sponsored by JARO will receive special awards, cash prizes, cross-promotion, and a minimum of three months of distribution on the platform.

“We’re excited about this partnership with PVIFF at JARO,” says JARO’s Founder and CEO, Richard DeVaughn. “Our goal is to find great content that attracts a wide viewing audience, and we believe that PVIFF has a variety of great content to choose from through their talented filmmakers who submit each year.”

Each year, PVIFF selects a successful film or television series to highlight. With the success of All Blk’s “Double Cross” series, PVIFF will host a conversation with the show’s cast and crew on Saturday, Nov. 5 at 7 p.m.

The series will also receive the 2022 TV Spotlight Award. Cast members, including actors Darrin Henson (“Soul Food” and “The Family Business”), Jasmine Burke (“Saints & Sinners” and “Karen”), director and producer Howard Gibson (“The World According to RZA,” “Guilty By Association,” and “Vicious Circle”), will attend.

“We’re excited to have our Upscale Magazine as our Print and Digital supplier. We appreciate all of our supporters, sponsors, staff, volunteers, and interns as we are back in a live capacity this year,” says PVIFF co-founder James ‘JB’ Brown. “After 17 years, we are still going and growing.

Stay tuned for an incredible event featuring great films, panels, and talented, beautiful, resourceful people. We will also have events streaming virtually for our many fans and  supporters nationally and internationally that can’t attend in person. Thank you all for your continued support.”

One of the highly anticipated screenings includes the premiere of the indie feature “Generational Gap” premiere on Friday, November 4 at 6:45 p.m. at the Perimeter Hyatt Regency Hotel. The film stars actor/comedian Swift Rice, comedian/actor Rodney Perry, comedian/actor Sean Larkins, and actor Larry Rhem and is directed by Juli-Ann Barros and produced by Swift Rice and Todd Anthony.

PVIFF will also feature a 30-minute preview of the new indie hit film “Single Not Searching,” an Atlanta and Ghana co-production. “Single Not Searching” was directed by Michael Djaba of iFacory Live & CEM Media Group (also produced by CEM Media Group). PVIFF will host a conversation with the film’s cast and crew following the preview on Saturday, November 5, at 7 p.m. at the Perimeter Hyatt Regency Hotel.

Star-studded cast members scheduled to attend are Lisa Raye (“Player’s Club,” “The Family Business,” and “For The Love of Money”), Brely Evans (“The Family Business,” “For The Love of Jason,” and “Ambitions”), Erica Pinkett (“All Eyez on Me,” “Steppin’ Back To Love,” and“Love & Hip Hop: Atlanta” ), and Osas Ighodaro (“Cadillac Records,” “Man of God,” and “Mamba’s Diamond”). This is only a tiny sample of what attendees can expect to experience this year. For a complete list of events and activities, visit www.pviffatl.com.

ABOUT THE PEACHTREE INTERNATIONAL FILM FESTIVAL
Originally called The Sweet Auburn International Film Festival, the event was founded by Len Gibson and James “JB” Brown. Gibson is the owner and curator of the African American Cinema Gallery (AACG) and the Hispanic Cinema Museum (HCM). Brown’s experience as a music industry marketing executive, businessman, and composer led to a good beginning of a great thing.

In 2009, The Sweet Auburn International Film Festival was rebranded as The PeachTree Village International Film Festival (PVIFF). Since its inception, PVIFF has served as the launching pad for many successful filmmakers and other artists alike in the film and entertainment industry. This dynamic international film festival showcases feature-length films, shorts, music videos, documentaries, and screenplays from around the globe.

PVIFF also features celebrity attractions, innovative workshops, panels, parties,
and more. PVIFF is poised to become one of the most celebrated film events through dynamic programming and a dedication to helping filmmakers excel in their careers.

PVIFF’s brand is entrenched in the old saying, “It Takes A Village.” Their vision allows them to create a “village” atmosphere of opportunities for filmmakers, business owners and film enthusiasts. For information and tickets for PVIFF 2022, please visit www.pviffatl.com. 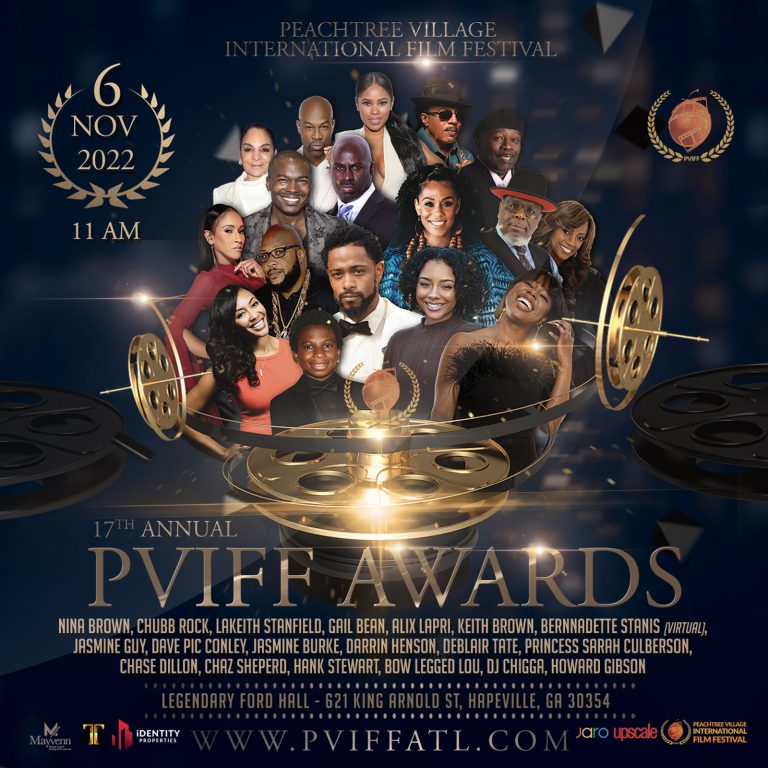 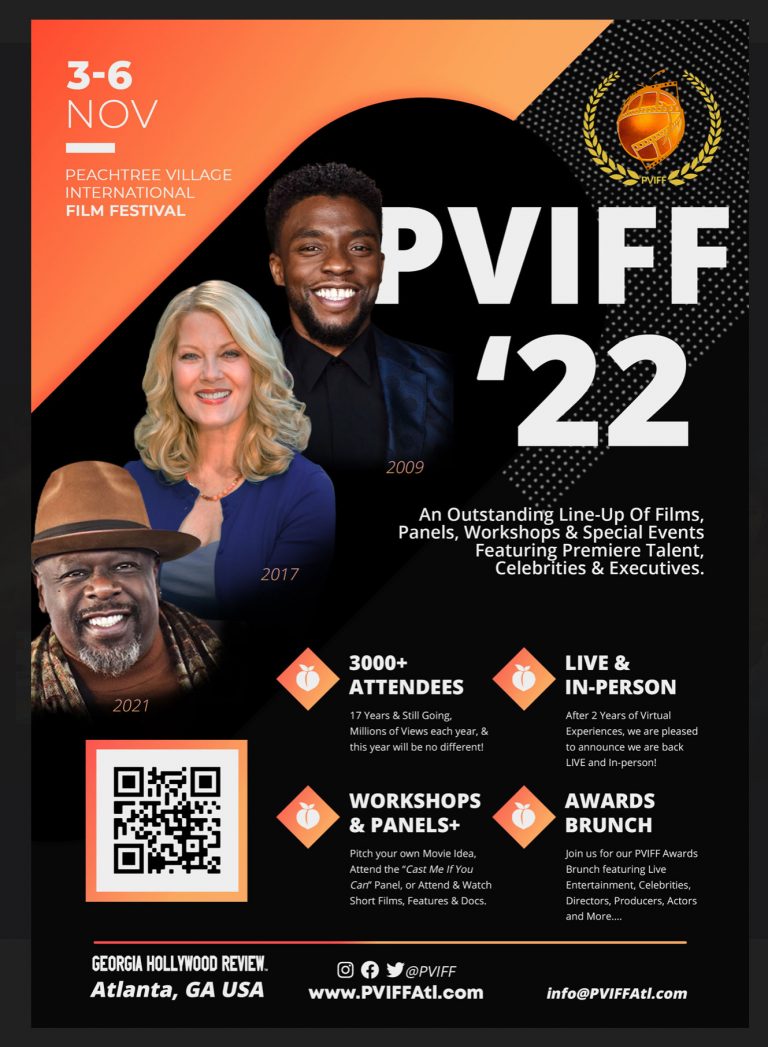