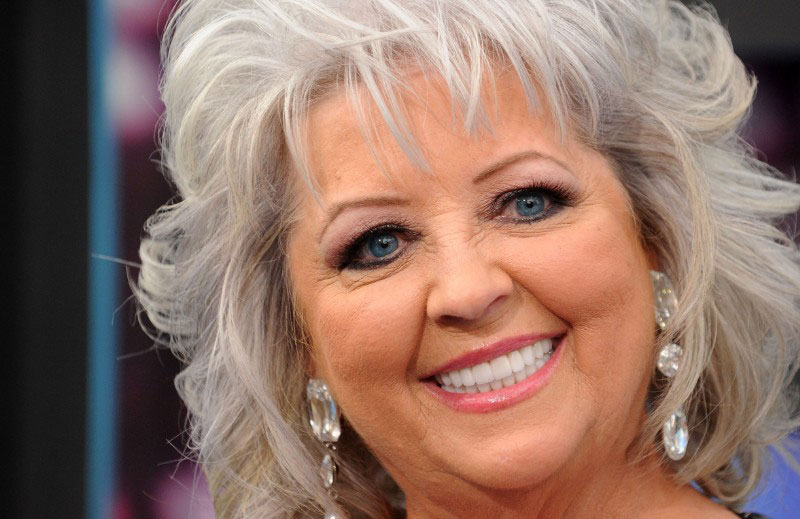 (CNN)Paula Deen has some explaining to do, again.

An image posted on her social media accounts Tuesday showed Deen and her son Bobby dressed as Lucy and Ricky Ricardo from the classic 1950s TV comedy show “I Love Lucy.”

It might not have been so bad if Bobby Deen’s face was not clearly painted a darker shade of brown than his hands. 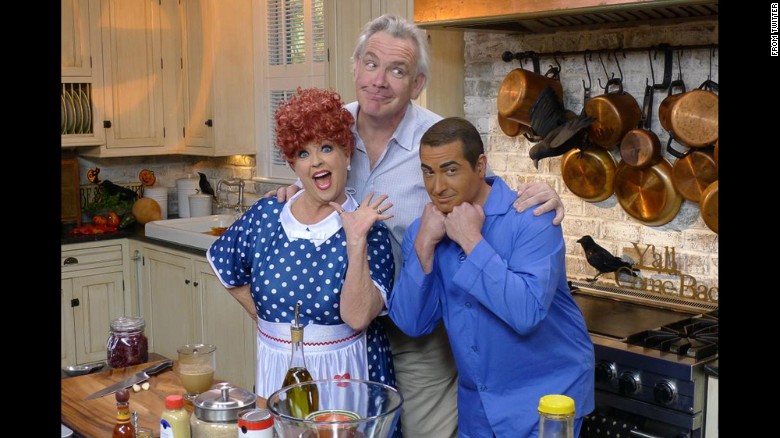 “Lucyyyyyyy! You got a lot of esplainin’ to do!” read the caption on the photo, which has been deleted from all her social media accounts.

Deen, in a statement issued by a spokeswoman, apologized “to all who were offended.” She blamed a social media manager for posting the image from a Halloween episode of “Paula’s Best Dishes” that aired in 2011.

“As such, Paula Deen Ventures has terminated their relationship with this Social Media Manager,” the statement said.

Many were quick to call out the look as “brownface” and ask what the popular chef was thinking, especially two years after she was fired from the Food Network for using a racial slur.

As one person tweeted: “Oh, boy…Paula Deen DOES NOT get it.”

Not everyone took issue with the look. Fans on her Facebook page called it “adorable” and “cute” before the post was removed.

The photo originally appeared on her Facebook page in a 2011 album of outtakes from her since-canceled Food Network show “Paula’s Best Dishes.”

Another photo in the set showed Bobby Deen in the makeup chair, getting his face made up in what some likened to an “Oompa Loompa” or a bad fake tan. 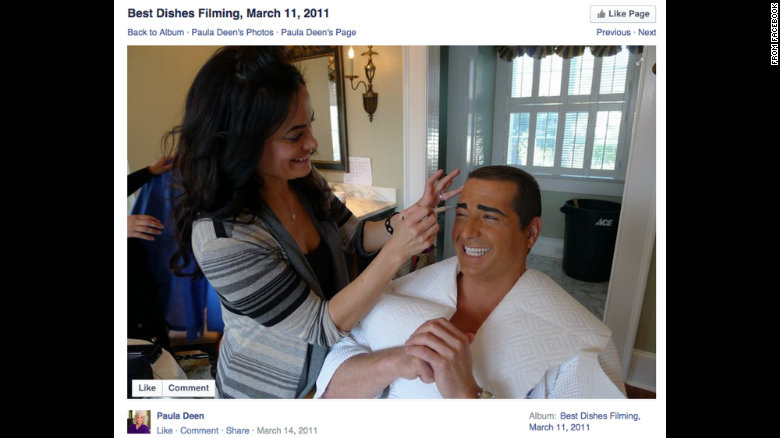 Those photos went unnoticed beyond Deen’s circle of fans, whose comments seemed to show that they found nothing offensive in them at the time.

Calls to Deen’s publicist were not immediately returned.