The Oscars 2017: How Black Movies Are Dominating Hollywood

This new year might be starting off in a state of confusion and disarray, but one thing is for sure: the movie industry is finally waking up. Diversity has made a comeback in Hollywood, and the Academy stepped up its game this year with a record of six nominations of black actors and three black-led Best Picture spots. Here’s a spoiler-free review of these nominated films, and why they definitely deserve the praise they’re receiving. 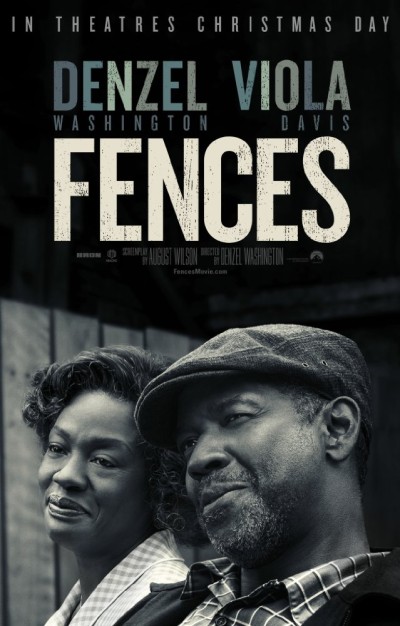 Fences, directed by and starring Denzel Washington, is based off an original play about a working-class black father trying to raise his family. Set in the 1950s, it is the sixth installment of renowned playwright August Wilson’s “Pittsburgh Cycle,” which is a collection of plays set in Pittsburgh that explores the African American experience and examines common racial themes. The play opened on Broadway in 1987, and went on to win the Pulitzer Prize for Drama and the Tony Award for Best Play. Fences opened on stage again in 2010, and the revival won even more awards with Washington and Viola Davis starring as the struggling couple. With all this rich and talent-heavy history, the play adapted to the 2016 film version with ease, and with Washington directing, the actors fell into their comfortable positions on the screen. The film is nominated for four Oscars: best picture, best actor, best-supporting actress and best-adapted screenplay. For die-hard August Wilson fans, this play adaptation wipes any competition, and the emotional and gut-wrenching performances from Washington and Davis only cement the hopeful win. 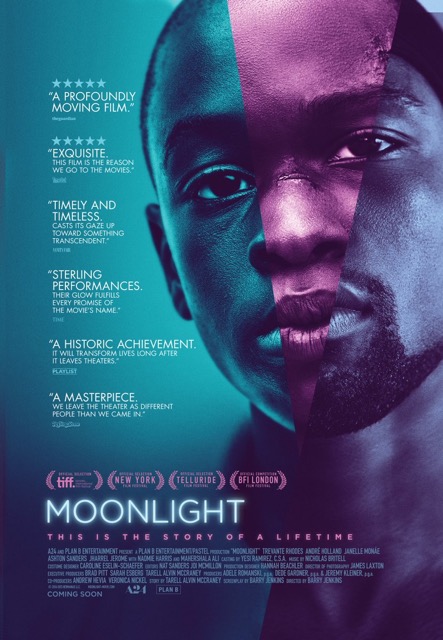 Another movie from late 2016 that’s received critically acclaimed praise is Moonlight, directed by Barry Jenkins. The film takes place in the rough neighborhoods of Miami (where Jenkins also grew up) and chronologically follows the troubled and confused young black life of Chiron. The viewer’s life gets sucked into Chiron’s whirlwind life of emotions, and his relationships with his mother (played by Naomie Harris who received a nomination for supporting actress) and father figure (played by nominated Mahershala Ali) shine a spotlight on the supposed consequences of emotional neglect in a family. Through subtle looks and visually appealing scenes, Moonlight addresses the complicated life of a black man in a beautifully artistic way, by using strategic but simple videography that leaves the audience with a sublime, unexplainable feeling. With a Golden Globe win for Best Drama already on its shoulders, this film has the Academy confidently giving eight nominations to this timeless story of self-discovery and the power of human connection. 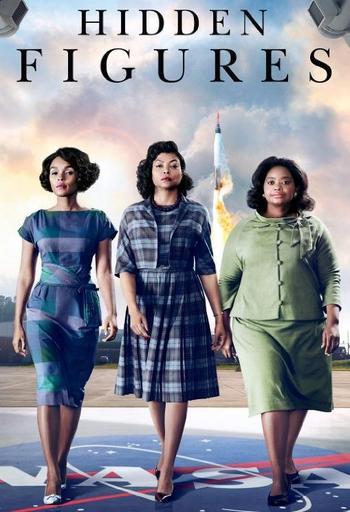 The untold true story of Hidden Figures has everybody talking, but more specifically black women who are finally praising the fact that they can see their presence at the forefront of an important time in American history. Taraji P. Henson, Octavia Spencer, and Janelle Monae play three powerful mathematicians who served as NASA’s “human computers” in the calculated operation of the momentous launch of astronaut John Glenn into space. In order to guarantee his safe return, these women crossed all boundaries of gender, race, and narrow views of workplace professionalism to complete the task and accomplish one of the greatest team efforts in U.S. history. With three Oscar nominations including Best Picture, Best Adapted Screenplay and a performance nod to Octavia Spencer, Hidden Figures lifts the veil of impossible, and shows that often the greatest heroes are barely acknowledged.

These three films deserve the Academy’s attention and the regular viewer’s commendation, but there are even more performances and films the Academy recognized that centered around black life. The Best Documentary Feature category was completely taken over by films on racial inequality; James Baldwin’s I Am Not Your Negro, Netflix’s 13th and Ezra Edelman’s O.J.: Made in America bravely addressed race in modern America, specifically what it really means to be a black person and how the media and justice system continually develops this ever-changing image. Ruth Negga is also nominated for Best Performance by an Actress in Loving, the story of the famous Supreme Court interracial marriage decision, and how one couple’s loyal love for each other led to a shift in history.

It’s pretty safe to say that the Academy has redeemed themselves from the last two years of whitewashed nominations. Not only are these films entertaining, but the representation of more black artistic talent can and should encourage support of diverse movie making. If you’re excited to see if these amazing films take home an Oscar; make sure to tune in on February 26 for the 2017 Academy Awards.