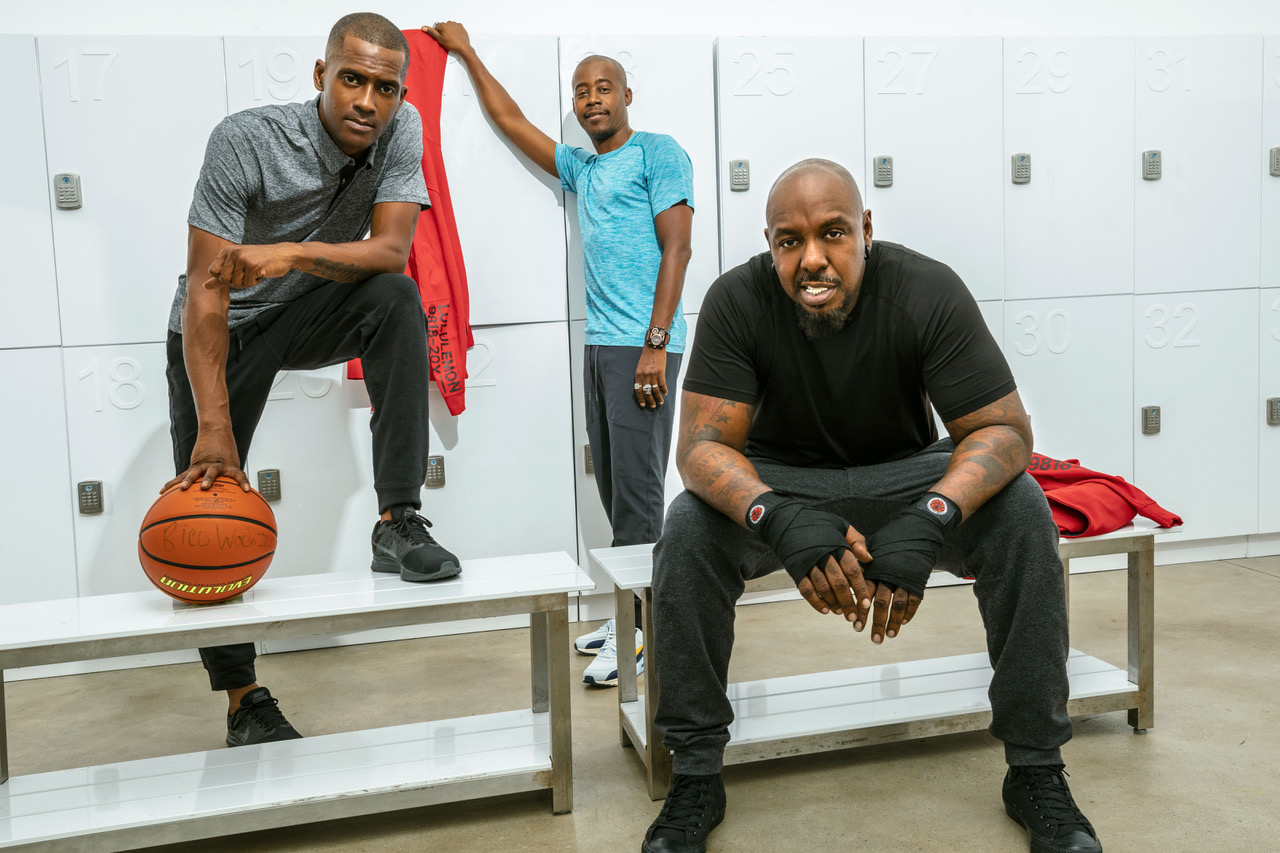 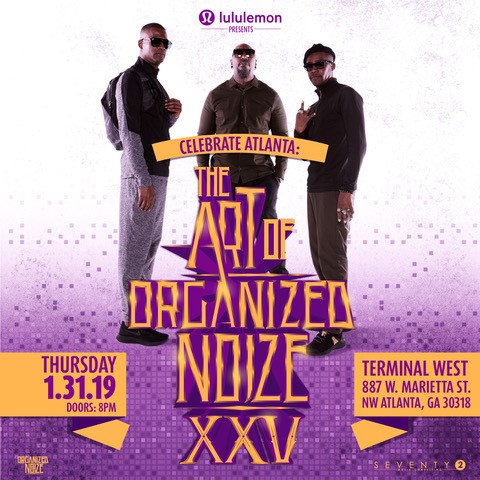 Organized Noize teams up with Lululemon yet again for their Celebrate Atlanta Block Party series. The event, held on Jan. 31 at 8pm at the Terminal West building in Atlanta, coincides with Super Bowl LLI weekend in Atlanta. Combining music and movement, the iconic Atlanta production trio partner with the yoga-centric apparel brand to bring wellness to the Atlanta community.

“Everything is moving toward a healthier lifestyle, so I think it’s a beautiful thing to mix it with hip hop,” says Sleep Brown, singer-songwriter and one-third of the Organized Noize production team. “We want to get people to start moving and watching their health. Hopefully we will get more people to take care of themselves.”

But if you thought the intersection of hip-hop music and the yoga/wellness lifestyle was a hard sell, then Organized Noize is perhaps the perfect group to pull off the concept.

“We all love Atlanta for its diversity and its music—from its trap side to the R&B side to the hip hop culture to the alterative culture,” says Ray Murray, who along with fellow group members Sleepy Brown and Rico Wade, produced hits for everyone from TLC and Outkast to even the current Grammy-nominated album of Janelle Monáe. “We can be still as odd as Outkast was in uniting [diverse cultures and musical tastes].”

With music as both the unifying and motivating force, Murray hopes to connect the Atlanta community with the Lululemon’s active lifestyle community.

Rico Wade agrees, saying he’s even seen himself learn more about the meditation and wellness benefits of yoga since the start of their Celebrate Atlanta series.  “We need it. We need to move and stretch our body parts,” Wade says. “This brings more light to the importance of being active with the passion of the music.”

Check out the event Thursday, January 31st at 8pm at Terminal West (877 W. Marietta St. NW, Atlanta, GA 30318). The event will include a night of music that includes a performance by Organized Noize’s Sleepy Brown, a DJ set by the trio’s Ray Murray and performances by surprise guests, who are directly affiliated with the Grammy award winning production team.

Resolve to Take Care of Your Mental Health in 2017

FENCES: From Stage to Big Screen