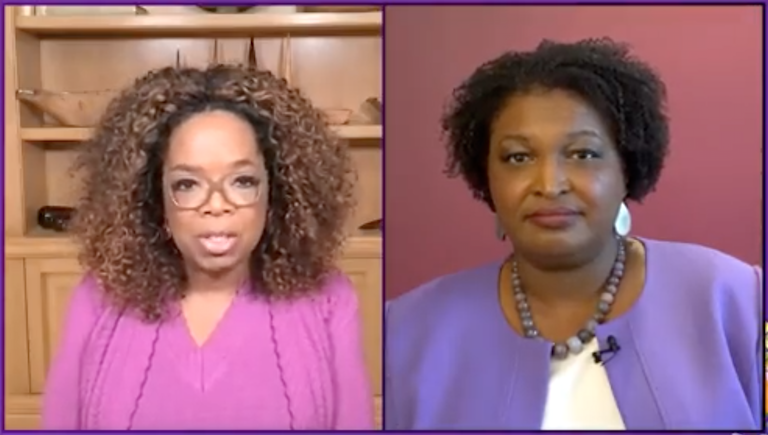 Winfrey, 66, hosted a virtual campaign on Thursday night titled “A Thriving Life!” During the pre-recorded conversation between the two women, Winfrey said, “I’m wishing that the people of Georgia come out and make that a reality for you and the state of Georgia.”

Abrams, 49, narrowly lost the gubernatorial election to incumbent Republican Gov. Brian Kemp in 2018 by about 55,000 votes. “I didn’t win,” Abrams said. “People think I’m confused. I’m not, but I’ve gotten to spend the last four years doing the things I talked about.”

When I’m in the governor’s mansion, I will bring every Georgian’s story with me and fight for your future.

Oh, and I will definitely change a few paintings. pic.twitter.com/YueDDZOhce

Brian Kemp lied multiple times during our debate this week.

But let’s set the record straight: I am the only candidate for governor in Georgia who is working to build a state where we can all thrive with education, health care, housing, and a good living. #gapol pic.twitter.com/i8WcQXVYUq

Georgia’s election for governor is Tuesday, Nov. 8, 2022, and early voting is now underway.