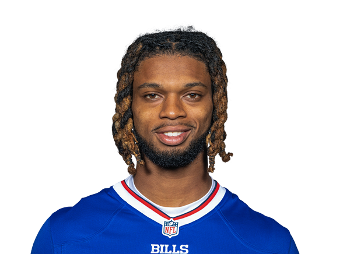 Buffalo Bills announced Friday that Damar Hamlin is speaking and that his breathing tube has been removed.

Per the physicians at UCMC, Damar’s breathing tube was removed overnight. He continues to progress remarkably in his recovery.

His neurologic function remains intact and he has been able to talk to his family and care team.

According to the team, he also was able to communicate with teammates via FaceTime today. He shared this special message with them:

Damar Hamlin FaceTimed into our team meeting today to talk to players and coaches.

What he said to the team: “Love you boys.” ❤️ pic.twitter.com/8dorrWNaxt

The update comes four days after the 24-year-old safety fell to the ground after tackling a Cincinnati Bengals player on Jan. 2. This happened during a live broadcast of Monday Night Football featuring the Cincinatti Bengals vs. the Buffalo Bills.

While EMTs worked on Hamlin, spectators were uncertain of his fate. Nine minutes later, he was reportedly “resuscitated” and EMTs took him away.  Later, reports confirmed that Hamlin went into cardiac arrest on the field.

Hamlin’s doctors reported similar news on Thursday. Dr. Timothy Pritts and Dr. William Knight IV of UC Health who have been treating Hamlin reported yesterday that he was showing signs of “substantial improvement”.

Dr. Pritts, Division Chief of General Surgery, said during a press conference: “We would like to share that there has been substantial improvement in his condition over the past 24 hours. We had significant concern about him after the injury and after the event that happened on the field, but he is making substantial progress. As of this morning, he is beginning to awaken, and it appears that his neurological condition and function is intact.”

Although Dr. Pritts revealed that they were delighted by the improvement they had seen, the athlete still a long road of recovery ahead of the athlete.

Dr. Pritts added, “He continues to be critically ill and continues to undergo intensive care in our surgical and trauma ICU. He is being cared for by ICU neurocritical care teams, trauma surgery and a cardiology team as well as our expert nurses and respiratory therapist. They are attending to him, and he still has significant progress that he needs to make. But this marks a really good turning point in his ongoing care.”

Meanwhile, anti-vaccine activists and right-wing pundits have been trying to insinuate his condition has a link to COVID-19 vaccines. That conspiracy theory has since been denounced, however, with The Alex Jones Show‘s guest host, Owen Shroyer, saying “The vaccine did not cause him to collapse on the field.”

Since Hamlin became ill, social media has been flooded with prayers and well wishes. Among those concerned with Hamlin’s recovery were President Joe Biden. It has been reported via Brett Samuels of TheHill.com that the President spoke with Hamlin’s parents at length on Wednesday (Jan. 4) about their son.  After the positive health update was shared, today Biden tweeted this:

Damar, like I told your mom and dad yesterday, Jill and I – along with all of America – are praying for you and your family. https://t.co/c838glXNE2

Donations for the Athlete’s Charity Pour In

Supporters have also shown love to Hamlin in person, not just online. Outside of the hospital where he is staying, fans have placed a large number of candles and flowers wishing Hamlin well.  In addition to that, recent donations were made to the Pennsylvania native’s 2020 Chasing M’s Foundation Community Toy Drive.

Originally intended as a charity event for Hamlin’s mother’s daycare center, the event has become a donation hot spot. A $2,500 GoFundMe goal was originally set. It has now reached more than $6 million.

Upscale is praying for Damar Hamlin and his family.