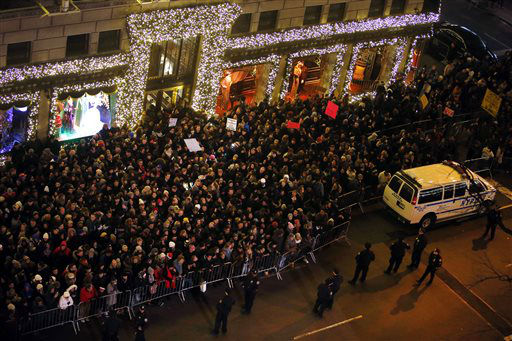 The cellphone video of the last moments of Eric Garner’s life was watched millions of times on the Internet, clearly showing a white police officer holding the unarmed black man in a chokehold, even as he repeatedly gasped, “I can’t breathe.” 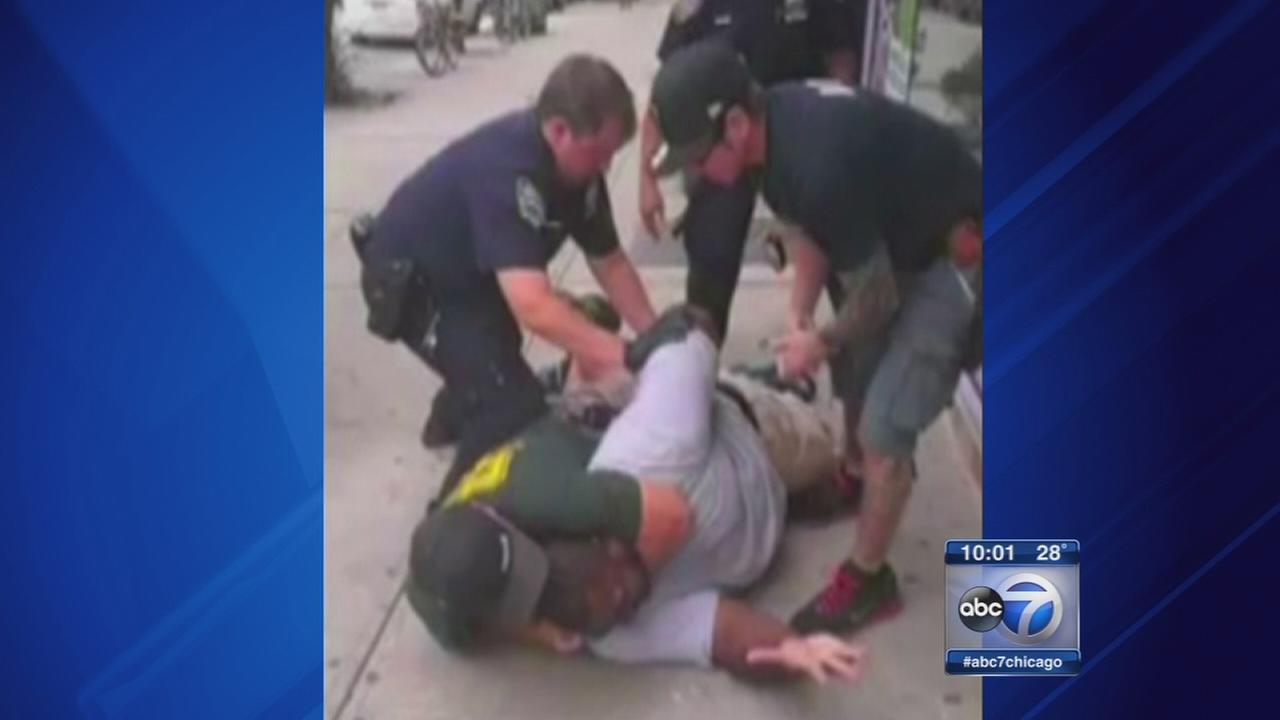 But despite that visual evidence, and a medical examiner’s ruling that the chokehold contributed to the death, a Staten Island grand jury decided Wednesday not to bring any charges against the officer involved, prompting protests across the country and sending thousands onto New York’s streets, where they marched, chanted and blocked traffic into the next morning.

While legal experts note it’s impossible to know how the grand jurors reached their conclusion, they say the Garner case, like Michael Brown’s death in Ferguson, Missouri, once again raised concerns about the influence local prosecutors have over the process of charging the police officers they work with on a daily basis. 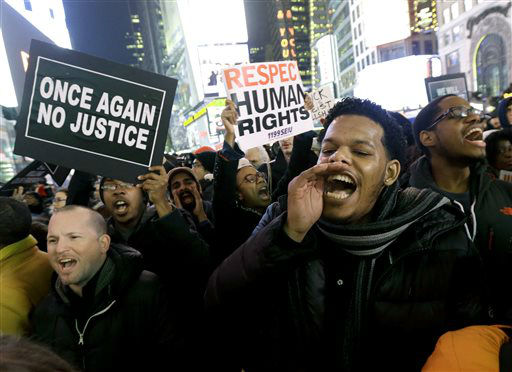 “The video speaks for itself,” said Jeffrey Fagan, a professor at Columbia Law School. “It appears to show negligence. But if we learned anything from the Brown case, it’s the power of prosecutors to construct and manage a narrative in a way that can shape the outcome.”

Ekow N. Yankah, a professor at Cardozo School of Law, agreed that, “It is hard to understand how a jury doesn’t see any probable cause that a crime has been committed or is being committed when looking at that video, especially.”

Another observer, James A. Cohen, who teaches at Fordham University Law School, went further, saying, “Logic doesn’t play a role in this process.”

U.S. Attorney Eric Holder said federal prosecutors would conduct their own investigation of Garner’s July 17 death as officers were attempting to arrest him for selling untaxed cigarettes on the street. The New York Police Department also is doing an internal probe which could lead to administrative charges against Officer Daniel Pantaleo, who remains on desk duty.

The grand jury’s decision prompted emotional protests around New York and in cities from Atlanta to California.

In Manhattan, demonstrators laid down in Grand Central Terminal, walked through traffic on the West Side Highway and blocked the Brooklyn Bridge. A City Council member cried. Hundreds converged on the heavily secured area around the annual Rockefeller Center Christmas tree lighting with a combination of professional-looking signs and hand-scrawled placards reading, “Black lives matter” and “Fellow white people, wake up.” And in the Staten Island neighborhood where Garner died, people reacted with angry disbelief and chanted, “I can’t breathe!” and “Hands up — don’t choke!”

Police Commissioner William Bratton, in an interview Thursday on Fox-TV’s “Good Day New York,” said 83 people were arrested. The department said most were for disorderly conduct.

The demonstrations were largely peaceful, in contrast to the widespread arson and looting that accompanied the decision nine days earlier not to indict the officer in Brown’s death.

Staten Island District Attorney Daniel Donovan said the grand jury found “no reasonable cause” to bring charges, but unlike the chief prosecutor in the Ferguson case, he gave no details on the grand jury testimony. The district attorney said he will seek to have information on the investigation released.

“Honestly, I think from the beginning I had no faith in Staten Island prosecutors … I didn’t have any kind of encouragement, I felt no remorse, I felt no compassion, no anything from Staten Island besides the people on Staten Island. But as far as the police and the DA, there was no sincerity from day one,’ Garner’s widow, Esaw Garner, said in an interview on the “Today” show.

In order to find Pantaleo criminally negligent, the grand jury would have had to determine he knew there was a “substantial risk” that Garner would have died. Pataleo’s lawyer and union officials argued that the grand jury got it right, saying he used an authorized takedown move — not a banned chokehold — and that Garner’s poor health was the main cause of his death.

The Rev. Al Sharpton, who has led protests over the custody death of Garner and the police shooting of Brown in the St. Louis suburb of Ferguson, said the New York decision is yet another reason he has lost confidence in state grand juries and local prosecutors to bring such cases.

“State grand juries tend to be too compromised with local politics because local prosecutors run for office and they have to depend on the police for evidence,” he said. “Don’t we have the right to question grand juries when we’re looking at a video and seeing things that don’t make sense?”

The video shot by an onlooker showed the 43-year-old Garner telling a group of police officers to leave him alone as they tried to arrest him. Pantaleo responded by wrapping his arm around Garner’s neck in what appeared to be a chokehold.

The heavyset father of six, who had asthma, was heard repeatedly gasping, “I can’t breathe!” He later died at a hospital.

The medical examiner ruled Garner’s death a homicide and found that a chokehold contributed to it. A forensic pathologist hired by Garner’s family agreed with those findings, saying there was hemorrhaging on Garner’s neck indicative of neck compressions.

Columbia’s Fagan said another factor was that the Staten Island grand jury came from the most conservative and least racially diverse of the city’s five boroughs, and home to many current and retired police officers and their families.

“Staten Island is a very different borough,” he said. “In fact, it may be closer to suburban St. Louis, and we can’t discount that.” 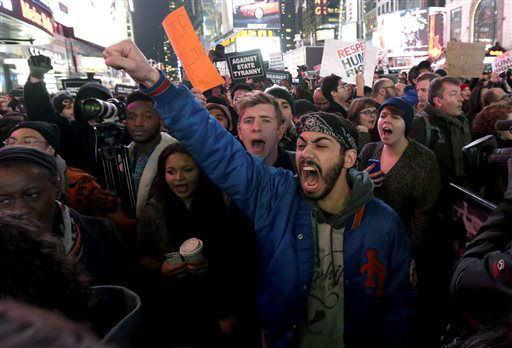