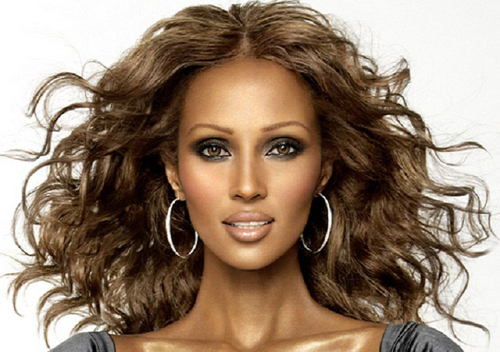 In the small world of household names, Iman is engraved in history as on that forever changed American standards of beauty. From supermodel  and author to entrepreneur and philanthropist in a matter of 40 years, she shows no sign of stopping (or aging) with every addition to her empire.

Iman Abdulmajid, better known simply as Iman, became a model unexpectedly. While she was studying at the University of Nairobi, famed American photographer Peter Beard offered Iman $8,000 (the amount of her college debt) to do a photo session. In 1976, she got her first modeling assignment with Vogue magazine.

Though her modeling career soared, she found herself often mixing foundations for makeup artists to use on her face. Discovering that this was an issue for women of color on a global scale, she launched IMAN Cosmetics, Skincare and Fragrances in J.C. Penny in 1994, offering a wide range of pigments and shades for darker skin tones. Today, the international cosmetics brand features 16 different foundations shades for women of Latina, black, Asia and other ethnicities and boasts more than $25 million in earnings. Her line can be found in Target, Ulta, Duane Reed, Walgreens, Wal-Mart and other mass- market retailers.

Not straying far from her fashion roots, Iman also has an exclusive deal with HSN and HSN.com, where her Iman Global Chic Collection of luxurious high-quality leather handbags, travel cases and statement fashion pieces and jewelry is a top seller. Most recently, she joined Yahoo Style as the style and beauty contributor alongside style reporter Joe Zee and started Ageless Chic movement in which she provides tips for women of a certain age on how to “not look frumpy without looking shamefully trendy.” Still, she hasn’t stopped there: You can also shop her line of posh fabrics and home decor, IMAN HOME. The line is full of patterns and colors that will liven any lackluster room.

ON YOUR WAY TO FINANCIAL FREEDOM: 'BE REALISTIC ABOUT YOUR BUDGET'