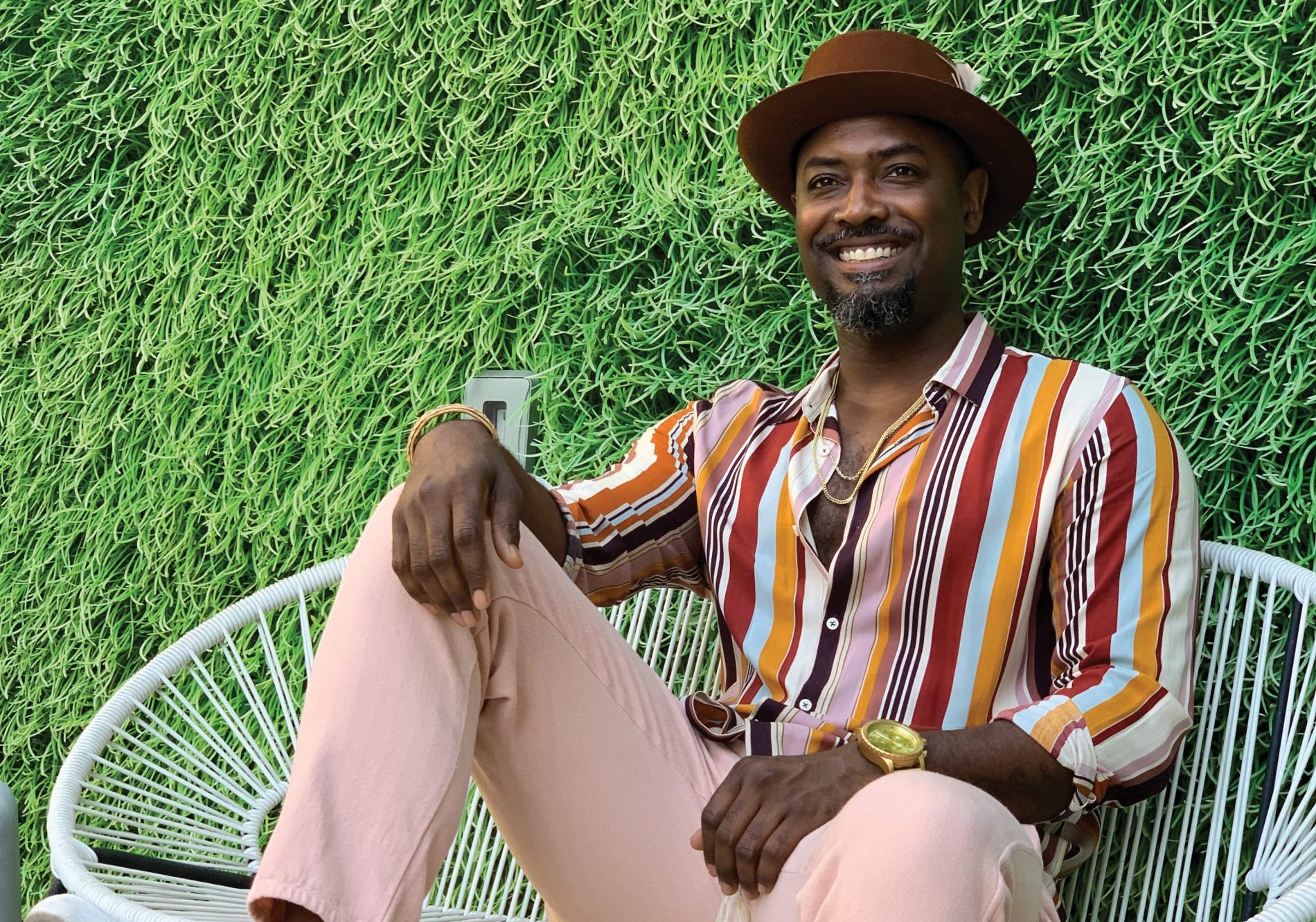 A lover of those complex gray areas, this creative scribe allows his style choices to roam the margins, too.

Like many of us, Mike Flynn grew up in a time in which his parents worked hard so he could choose a sustainable and lucrative career. His mother worked for a major airline, so the Atlanta-based Flynn saw the world from an early age. And with his familiarity with planes, he could have entertained a career as a pilot. Knowing his way around a kitchen sparked an idea of becoming a chef. However, after years of college classes, trial and error, Flynn surrendered to the fact that nothing holds his attention longer than a good story.

Ultimately, Flynn pursued a career in television, and the scriptwriter and producer still credits his many influences and early aspirations for his current success. After 11 years in a fickle business and credits on fan favorites such as OWN’s Queen Sugar, Greenleaf and Showtime’s The Chi, Flynn certainly doesn’t have to sell his family on the idea of working in TV anymore. -TIFFANY BLACK

WHO OR WHAT INFLUENCES YOUR STYLE?

I’m kind of all over the place. Sometimes I’m in an old-school, Steve McQueen (the late actor) kind of mood. I dig Idris Elba’s style. Andre Benjamin when I’m feeling daring. Or I may just take it back to the likes of Run DMC or something and rock an Adidas track suit or Nike sweats. I have a buddy who finds a lot of vintage pieces on eBay for the low that he floats my way. Nine times out of 10, I’ll bite.

HOW DOES WHAT YOU WEAR INFLUENCE WHAT YOU WRITE AND VICE VERSA?

I write characters that tend to live on the edge or are pariahs. In a sense, I wear things that embody this. Colors that aren’t traditionally masculine fit my style. Stripes and prints are my things too. They speak to a notion that says it’s okay to not conform. I don’t consider myself a rebel necessarily. But I also don’t consider myself [someone who] colors within the lines. It keeps me on my toes. It ultimately inspires me to take big swings in my work. If that brands me, that’ll suffice.

DO THE PROJECTS YOU WORK ON INFLUENCE YOUR STYLE. IF SO, HOW?

I’m writing on a new TV drama set in the ’90s. So that alone should tell you what it does for me. When researching projects that take place in a certain era, I tend to go all the way in. I end up discovering fashion trends and styles of the past. I can write a character who’s a miscreant and another who is distinguished. And they may be on two separate planes in what they wear. I end up taking something from both of those characters’ styles and get inspired to find a new look of my own. You never realize how these imaginary worlds influence your own until you find yourself on eBay at 3 a.m., searching for a pocket watch or a Polo Snow Beach jacket.