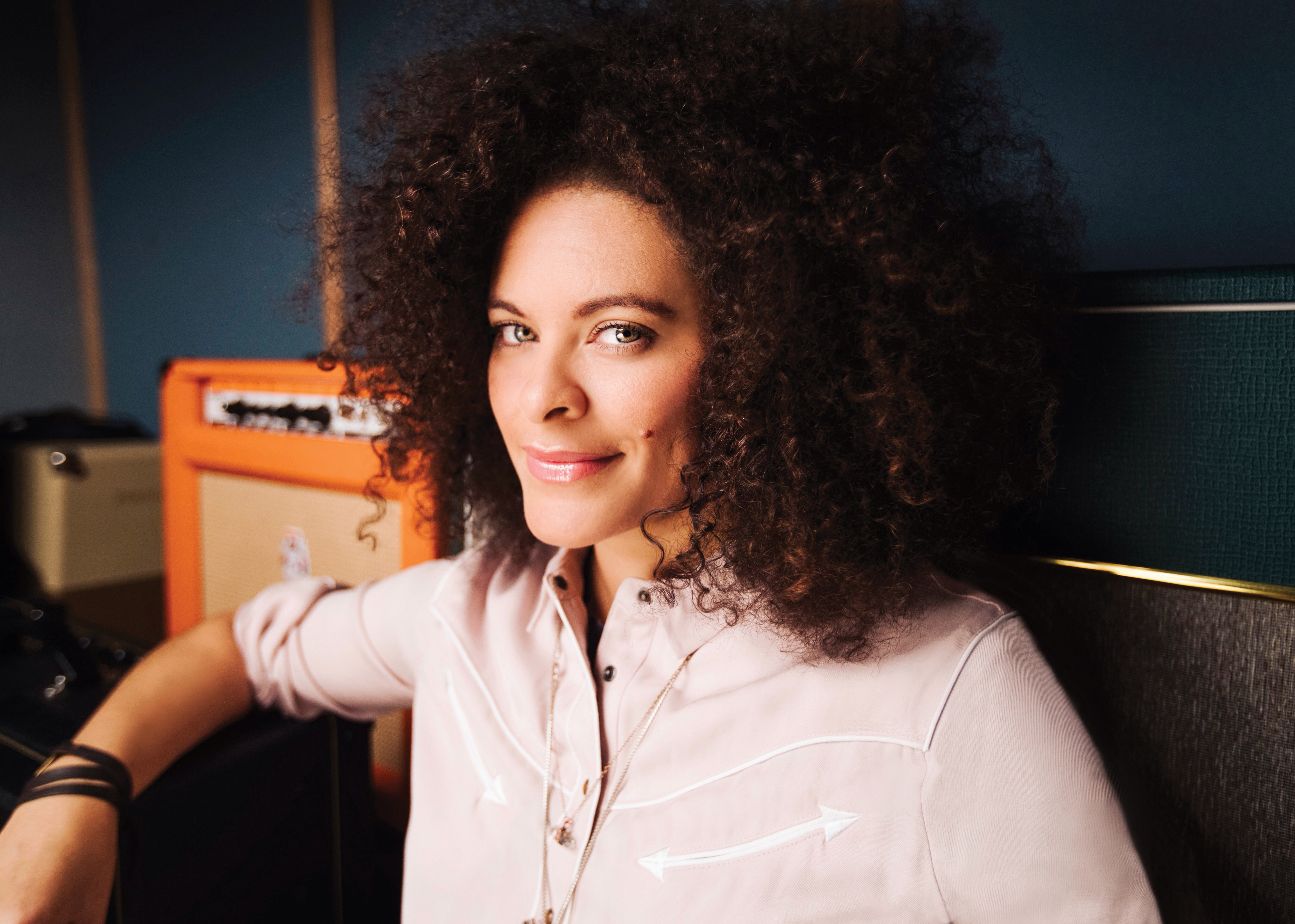 Her name is Malissa Hunter—or just Mali (pronounced “mall-ee”) to those who know and love her. And she’s loved. Not just for the legendary meals she’s prepared for countless chart-topping superstars with all-natural foods from Rock Star Organic Farms but also for her good-vibes business acumen that’s helped to root Treesound Studios, where she’s COO and partner, as an immovable force in music in Atlanta for more than two decades.

With partners Paul and Sunshine Diaz and Groove Chambers (founders), Mali’s vision for Treesound was simple: create an exclusive, family space where artists can comfortably record and feel at home. It’s worked for some of the world’s most prolific entertainers—Whitney Houston, Elton John, Drake, Beastie Boys, J. Cole, Rae Sremmurd, Rick Ross, Ludacris, Dave Matthews Band, 2 Chainz, Lenny Kravitz and Outkast to name a few. Their client list is so extensive that it’s in alphabetical order on the studio’s website.

“When I got to Treesound, nobody was really helping me. I knew a lot of celebrities, but my job was to be their friend, not to want anything from them, so I just [sat back] and learned a lot,” she explains. “Power is a very hard thing to handle if you’re not ready for it. But I’m from a very large family. I was built for it. I always say Chicago broke me, New York molded me and Atlanta made me. Who knew that when I came down to Atlanta from New York to do some music, I’d never go back.”

Mali’s resume is boast worthy: she’s Grammy nominated, runs her own branding agency (Retnuh), has appeared on several television shows as a celebrity chef, toured as an artist and brokered some enviable partnerships. She doesn’t do press often, and she’s very protective of her investments but more importantly of her clients, whom she calls “friends,” and of the people she loves. Her early years, she says, were key in shaping some of the characteristics that make her so good at nurturing and giving a level of genuine care most artists aren’t used to something they don’t even know they need until they get it. It’s the difference, for them, between simply making music and creating sounds that move the soul. “I always knew there would be plaques,” she laughs. “I just thought they’d be my plaques.”

Mali’s commitment to her own inner health and well-being ripples into the
atmosphere at Treesound. She’s held yoga sessions in the studio and cooks up massive portions of organic, scratch-made dishes. People don’t eat and run at Treesound; they eat and want to stay. Like any mother of the house, she will take care of you, but she also runs a very tight ship. She’s not only front of house at Treesound, but she decides, literally, who walks through the door.

“I don’t have a system, and people don’t believe me. You have to have a vibe. A dope vibe. Not fan-ish but just cool with yourself and good to other people.”

While it seems elitist, Mali is an all-around thinker. She explains that safety (as well as a positive creative climate) is essential for her celebrity clients. This also applies to the nearly one hundred interns Treesound has shaped over the years.

“I probably pissed off a lot of interns,” she remembers. “I was still angry about my childhood and how I was treated, and I had to get over it. I had to get over my frustration when people were just unconscious and moving through life without thinking. I had to learn that you can’t talk to everyone the same way.

I thought I was peaceful when I came to Treesound. But it was Treesound that made me peaceful. Treesound softened me up. I haven’t been perfect, but over the past five years, Groove and my team have really taught me how to be the best boss.”

For all of the weddings, memories and babies that great music is responsible for making, it’s still a business, and one with a not-so-hot reputation. It takes a lot of strength and maturity to navigate its rough waters—not just to get to the top but to get anywhere, at all. Mali knows this and has known this since she was a little girl trying to find her way on the streets of northern Illinois and Chicago. It’s why she does what she does the way she does it. It’s a strategy only experience could have honed.

“I thought I just wanted to produce and do my artistry, but I really wanted to know how the money was collected, because I don’t work for free. It’s really not about the money, but it’s a hustle, and I feel this: if you’re great, the money should come. And if you’re around other people who are great who are getting money, you should too,” she says gently. “I didn’t know back then that it would take me this long to know who I could trust. For me, the fact that you could even make money in music—most people who were great in their day didn’t get paid right for their contribution to black music, and I noticed that.”

For now, Mali is focused on continuing to build the Treesound legacy as well as her own. After hosting J. Cole’s Dreamville Camp last year, best described as musical heaven on Earth, she hopes to develop more of “that.” More camps. More music. More magic.

“I hope everyone who works for me now someday becomes my business partner in something they want to do in their life,” she says. “Every time I walk into Treesound, I say, ‘Oh my God, I can’t believe I’m a part of something this great.’” –Linda Day

Push Through: Pressed for Time? This 15-Minute Workout Will Get You Right