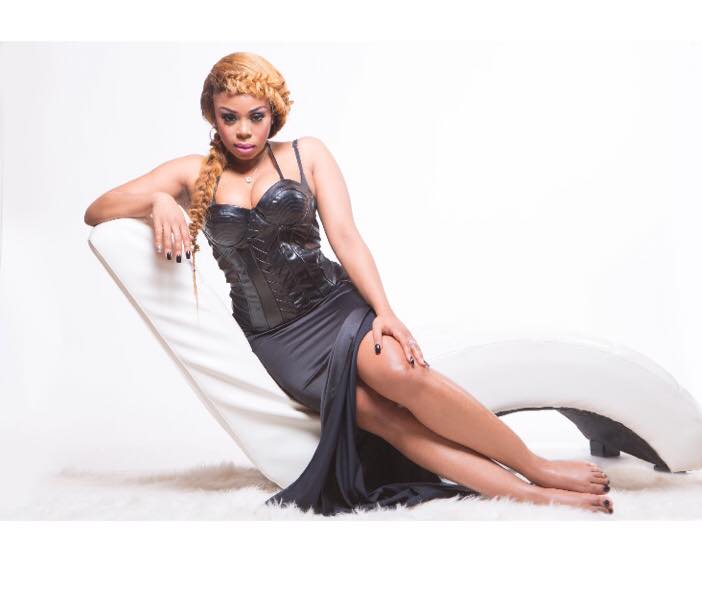 Some would say Shay Johnson is in love with the idea of being in love. Currently starring on Love & Hip Hop Miami, Johnson is a reality television veteran. For over ten years Johnson has starred on reality shows attempting to find love with a potential suitor – starting with Flavor Flav,  then Lil Scrappy and most recently  R&B bad boy Pleasure P.  Love & Hip Hop Miami just wrapped and the show ended with Shay once again broken-hearted after Pleasure P. brought another girl to the show.  “I had no idea about him bringing someone else to the show,” Johnson admitted.

Although the heartbreak from Pleasure P stung, Johnson wasn’t rocked the way she’d been before. “It’s crazy because Pleasure and I were friends. He was the one that encouraged me when Scrappy hurt me so bad so I couldn’t believe he would turn around and do the same thing.”

Shay’s on again off again relationship with Lil Scrappy has been the topic of many Love & Hip Hop conversations. Although fans were entertained by the love triangle between Shay, Erica Dixon and Scrappy–and later Shay, Bambi and Scrappy– for Shay the public heartbreak sent her into a tailspin of depression.

“After the first heartbreak on TV I was so lonely and depressed. I started eating and gained weight. I was just in a really unhappy place,” Johnson says. “When you are lonely you start to compromise and deal with things you wouldn’t normally do. I saw myself doing that.”

While the mostly female Love & Hip Hop audience enjoys watching heartbreaks and love triangles, most of them can relate on both sides of the equation.

“When it comes to broken relationships men and women both experience loss however research has indicated that women are most often emotionally affected by the breakup more than men. Because women often associate being in a relationship or marriage as being “connected” or even a sense of “validation” by the union, when or if it doesn’t work, women can experience a much more devastatingly emotional loss than men. This can include low self-esteem and at times even bouts of depression. It is always my recommendation that each individual work to validate themselves and become whole as a single person before entering in to a relationship or marriage,” says Dr. Sheila Williams, author and mental health expert.

Johnson admits her heartbreak left her in an unhealthy mental state which translated to her physical appearance. Shay found a personal trainer who helped her get in touch with herself and got her body back where she wanted to be. Getting back in touch with herself allowed her to discover a new love of fitness and gave her new purpose, however she still wants the main prize which to her means she wants to fall in love and get married and most importantly find someone that will value and respect her heart. Dr. Williams agrees that many women have this same idealistic image of marriage but believes it can only be achieved after one does their internal work first.

“When you are whole and have happiness within yourself, you are then able to successfully add value to your spouse or mate. Likewise should your relationship or marriage end, although disappointed with the break up you are able to move on and you are still whole,” Dr. Williams explains further.

While Johnson’s tactics may be different than most of us who date people we meet or even people we meet online as opposed to having the courtship taped for reality TV, her intent is the same as most women. “If I had to choose between a real husband and family versus reality TV, I would definitely choose the first hands down. You can’t enjoy the fruit of your labor by yourself. For me success is when I have my husband — that will be the best day of my life,” Johnson smiles.  We hope for her sake that day comes soon.