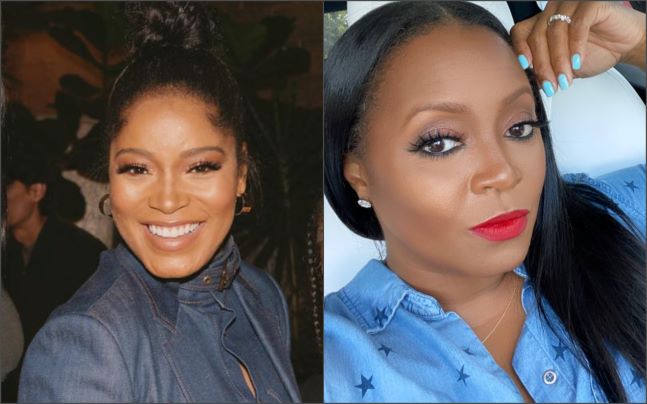 The first weekend in December has been jam-packed with exciting baby news!

Actresses Keke Palmer and Keisha Knight-Pulliam have both announced they are expecting each of their own bundles-of-joy in 2023.

She stated, “There’s some rumors going around, people have been in my comments saying, ‘Keke’s having a baby, Keke’s pregnant,’ and I wanna set the record straight — I am!”

Following massive applause and cheers, the KeyTV creator continued with her statement,

“I gotta say, though, it is bad when people on the internet spread rumors about you y’all, but it’s even worse when they’re correct. I mean, like, I was trying so hard to keep it on the down low, cause I got a lot of stuff going on, you know?” she continued. “… But honestly this has been the biggest blessing, and I am so excited. Guys, I’m going to be a mom.”

The first-time mom-to-be quipped, “Even though some people feel a little weird about me having a baby cause I was a child actor, I just wanna say, look, I’m 29, I’m grown, I have sex, I own a home, I stormed the Capitol on January 6, you know? Things adults do.”

Palmer is expecting her first child with her boyfriend Darius Jackson. She reportedly first connected with the actor/writer/fitness trainer around Memorial Day. In August 2021, their relationship was made Instagram official. Jackson is the younger brother of “Insecure” actor Sarunas Jackson.

While on The Tamron Hall Show promoting her Lifetime holiday movie, A New Orleans Noel, Pulliam was joined later in the program by hubby James. The House of Payne star told Hall why she kept her pregnancy hidden so long, “Not that I’ve been trying to hide it, but when you’ve had a miscarriage, when you’ve gone through this journey, you want to just enjoy this moment and want to make sure that everything is OK.”

This will be Keisha and Brad James’ first child together. The actress/director has a five-year-old daughter, Ella Grace Hartwell, from her previous marriage to ex-footballer Ed Hartwell.

Congratulations to both ladies!