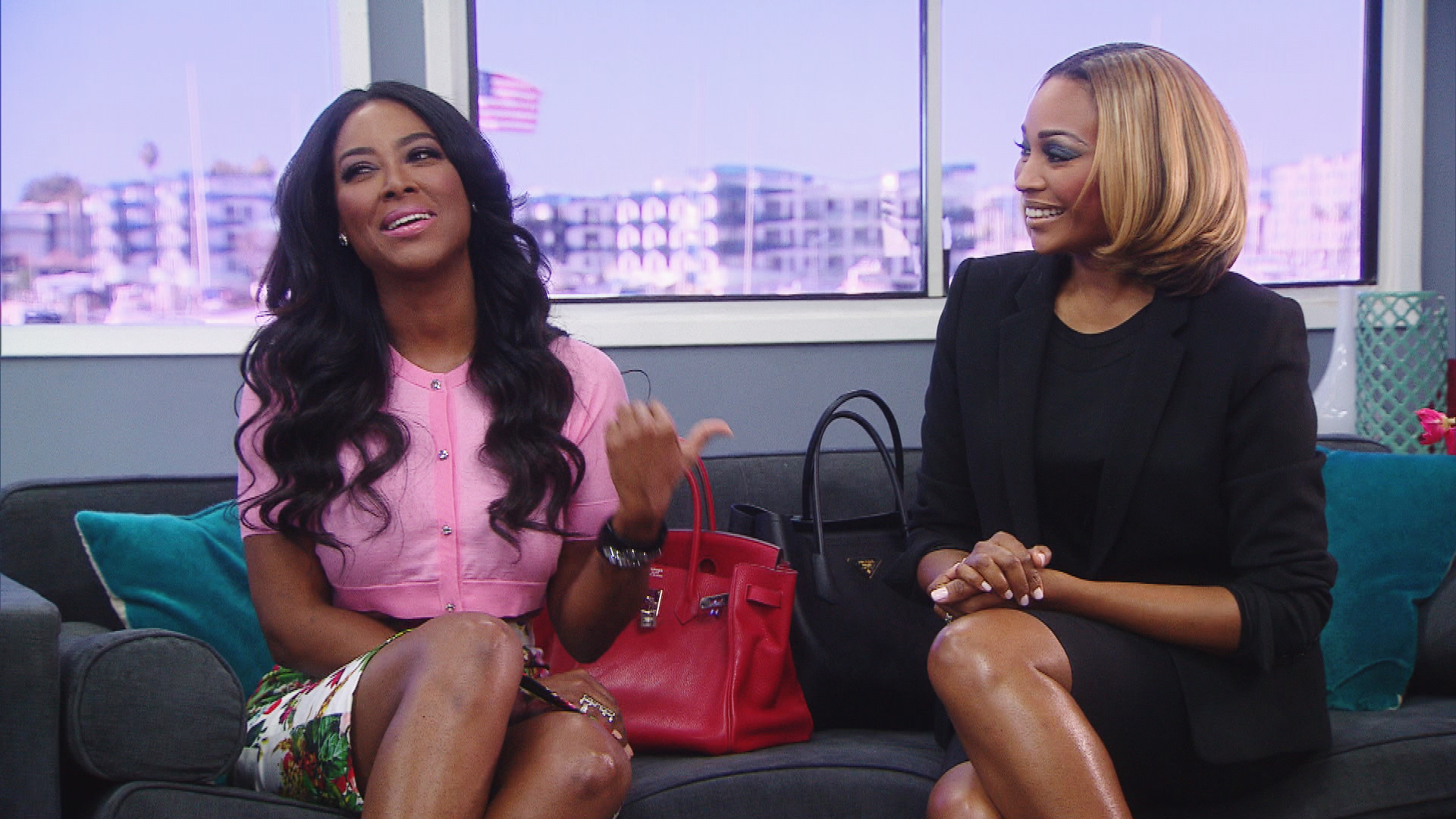 Just as it appeared Kenya Moore was finally getting her love life on track, disaster struck once again. It was revealed that James Freeman, whom she met on Bravo’s The Millionaire Matchmaker and posted pics of as her man, had married someone else since recently dating her.

While many, including her The Celebrity Apprentice rival Vivica A. Fox, aren’t very sympathetic regarding Kenya’s latest misfortune of the heart thanks to her past antics, some others have offered support for the perennial reality star. After all, is it really unreasonable to assume that a man you met and seemed to click with on The Millionaire Matchmaker wouldn’t marry someone else so quickly? Certainly that is not what Kenya and her Real Housewives of Atlanta ally Cynthia Bailey anticipated from “professional matchmaker” Patti Stanger.

When Kenya spoke with writer Ronda Racha Penrice for her feature in the January/February 2015 issue of upscale, she addressed her bumpy relationship history and revealed that her mother’s rejection has been a main source of pain. Below is what she shared exclusively with upscale:

“My mother gave me away at three days old and she didn’t even want to acknowledge she had even had a child,” Kenya bravely shares.

“Of course that was difficult for me. To be sitting three feet away from my mother but she won’t look at me. She won’t even acknowledge I’m actually in the room. She would talk to everyone else there but she would just ignore me, the fact that I was even there. I think that when I look back at it or when I speak to counselors or friends or anybody I can be honest with, clearly I still carry abandonment issues with me and that’s evident in the way that I choose men.

“I never choose the guy who wants me. I am always choosing the one who is maybe a little out of reach, who I’m trying to make love me versus the ones that want to put a ring on it, the ones that want me to be their wife and I don’t want that. I want the one that I can’t have, like the one who seems like he is unobtainable because it’s like I am still trying to marry my mother and I realized that this year, actually from being on the show.”

Empowered by this self-realization, “I’m tired of dating my mother,” she proclaims. “I think I’m finally at a point where I realize it and I have a really great guy in my life.” While she doesn’t know where it may lead even though she is very clear that her biological clock is ticking loudly, she is willing to see it through.

“Nobody is perfect and I don’t think anybody expects me to be. I think it’s just like any other woman. I’m learning as I grow still. Even as an adult at 40-plus years old, I’m still learning but I’m willing to fall on my face in front of everybody if it means it will help me and it will help someone else.”

WORK MODE: HOW TO IDENTIFY WHAT'S KEEPING YOU STUCK