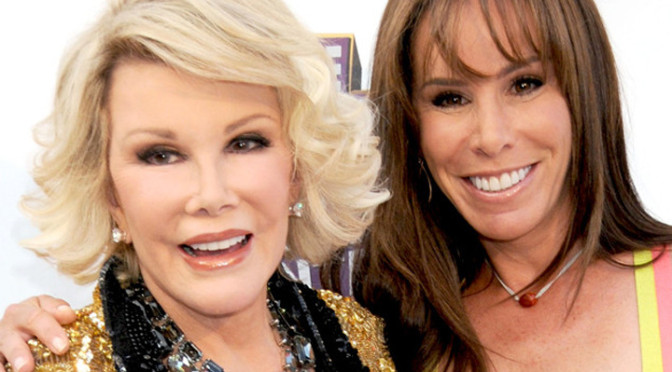 Joan Rivers, a pioneering female stand-up comic and the queen of “Can We Talk?” gossip, has died, her daughter, Melissa Rivers, said Thursday. She was 81.

Rivers was undergoing surgery on her vocal cords at a clinic in New York City on Aug. 28 when she stopped breathing and had to be transported to Mount Sinai Hospital. Melissa Rivers and Joan Rivers’ 13-year-old grandson, Cooper, who live in Malibu, California, rushed to her bedside.

“My mother’s greatest joy in life was to make people laugh,” Melissa Rivers said in a statement. “Although that is difficult to do right now, I know her final wish would be that we return to laughing soon.”