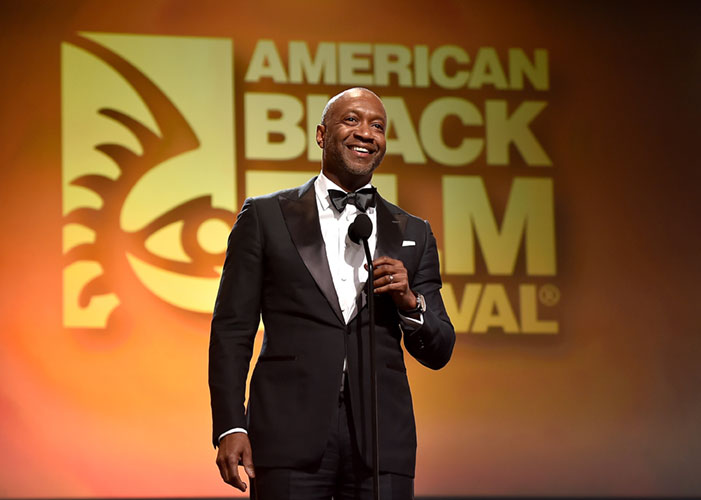 In January of 1997, eager to indulge his passion for independent films – particularly films by and about people of color, Jeff Friday attended the Sundance Film Festival for the first time. It was an incredible, amazing, and inspiring experience. But there was an undeniable lack of diversity and representation of people of color.

Acutely aware of the underrepresentation of people of color in the entertainment industry, Jeff was determined to change it. Driven by the mantra “Because Hollywoodn’t”, he channeled his passion for film and belief that people of color deserve the same opportunities as their white counterparts.  In 1997, Jeff founded the American Black Film Festival (ABFF). He was committed to diversity, showcasing world-class talent, and celebrating Black and Brown culture. Today, with his wife and partner Nicole, who serves as the festival’s president and general manager, they have created what is considered to be one of the most successful and prestigious events of its kind in the world. We caught up with Jeff to talk about ABFF and what’s next.

How did you launch ABFF?

I was president of the film division at UniWorld Group, a prominent multicultural advertising agency founded by Byron E. Lewis. When I shared my Sundance experience with Byron, he embraced my desire to make a change and advocate for Black filmmakers and creative artists. At the time, one of our largest advertising clients was the Mexican Tourism Board and they were interested in increasing Acapulco’s image as a Hollywood attraction. And so, with Byron’s support, Black Filmmaker Foundation President Warrington Hudlin, and the Mexico Tourism Board, we joined together to present the Acapulco Black Film Festival.

How does ABFF continue to be relevant 26 years later?

It was a huge milestone when we celebrated our 25th year. In 2019, we were faced with the coronavirus pandemic.  We launched ABFF PLAY, our custom-built platform, to provide a virtual hosting venue for the 2020 and 2021 ABFFs. We were able to present the festivals’ complete lineup, attracting an audience of more than 75,000 across 95 countries.

ABFF is one of the primary pipelines for the entertainment industry to discover Black creatives. We have supported some of today’s most talented Black actors, producers, writers, and directors, including Ryan Coogler, Steven Caple, Jr., Pete Chapman, Renaldo Marcus Green, Issa Rae, Roger Bobb, and others.

inspiring storytelling by and about people of color.

What can we expect from ABFF in the next 25 years?

Our work is not complete and there is no shortage of great stories and storytellers. We will continue to showcase the best in Black.

ABFF Ventures is just one of the brands under the Jeff Friday Media (JFM), a global entertainment company umbrella. JFM was established in 2020 to produce events, film, television, and digital content focused on Black and Brown culture. Through our JFM brands including the aforementioned ABFF, ABFF PLAY, ABFF Honors, ABFF Comedy Festival, ABFF London Film Festival, and our production and distribution partnerships, we will continue to expand globally to create a cultural footprint that fosters equity in Hollywood and proves that diversity is good business.

@lizzobeeating did that! Repost from @lizzobeeating
Repost from @recordingacademy
Say cheese @ralphpittmanjr another trip around the 🌞!! So thankful for the possibilities in 2023! #booksales #newmusic #speakingengagements and more