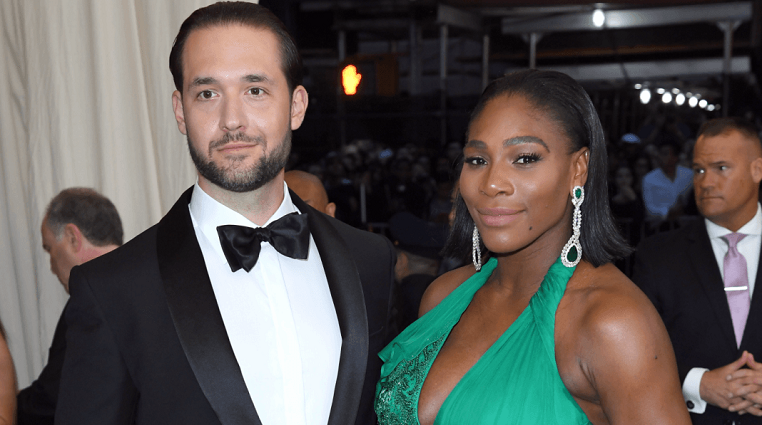 Ever since Serena Williams gave birth at the top of the month to her first child with fiancé Alexis Ohanian, she’s been away from the public eye tending to her family.

But she gave people a glimpse into her family life this week by sharing a first look at her newborn daughter on Instagram via Instastories.

The videos posted show Serena’s journey through pregnancy, including the baby’s movements at 10:00 every night, swollen feet, the creation of her nursery, and bump photos throughout nine months. At the end of the stories, we finally get to meet Alexis Olympia Ohanian, Jr. She was born September 1 at six pounds and 14 ounces after “a lot of complications,” the tennis legend said.

“So we’re leaving the hospital after six, seven days,” Williams said while introducing the little one. “It’s been a long time, but we had a lot of complications, but look who we got — we got a baby girl!”

Meet Alexis Olympia Ohanian Jr. You have to check out link in bio for her amazing journey. Also check out my IG stories ??❤️❤️

#SerenaWilliams shares a picture of her beautiful daughter ? Her name is #AlexisOlympiaOhanianJr. Congratulations again!

And, of course, she snapped a picture of herself with her soon-to-be husband, letting everyone know they should hold onto their hats because she’s back (and likely back to training and wedding planning):

… but are you ready?

This beautiful bundle of joy comes after papa Alexis shared that he and Williams didn’t know the gender but had a feeling they were going to have a girl.

“We have our hunches,” he said on Jimmy Kimmel Live. “She put it really well — she won the Australian Open while pregnant, and she remarked that she feels like it has to be a girl because everything that little baby went through and handled like a champ, only a woman could be strong enough to take on … If anything, it’s really just reinforced how amazing and strong and powerful and awesome women are.”

Check out baby Alexis and her journey into the world below!