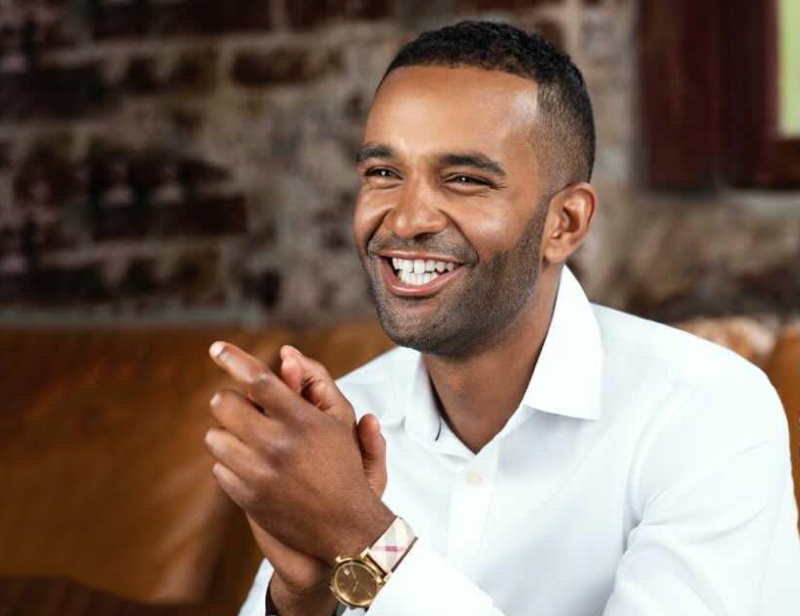 Terrance Woodbury is a longtime fan of politics. He delved into governance while a student at Morehouse College and started working for then-State Senator Kasim Reed. “I was fascinated by the fact that everything in the campaign revolved around the poll, whether finance, field or paid media,” says the founding partner and CEO of HIT Strategies, the leading millennial and minority-owned public opinion research firm in Washington, DC.

Woodbury later discovered Cornell Belcher, a premier strategist in national progressive politics as well as in the rebranding of corporate America, according to his bio at The Institute of Politics at Harvard University.

Woodbury shares, “I always wanted to know who the man behind the curtain was, so I did some digging. Turns out that man was a guy named Cornell Belcher. He was one of the few Black pollsters in the country. When I decided to pursue politics as a career, I sought out Cornell.”

Belcher hired Woodbury to work as the research director at his public opinion research firm, Brilliant Corners Research & Strategies. His responsibility included conducting polling and focus groups for candidates in local, state, national and international elections and for companies like Uber and Google.

“Politics is a different type of world, but I believe politics is how we distribute power and resources in America,” Woodbury explains. “Electing people that represent the pain and power of the communities that I am from is the best way to have the biggest impact on most people for the longest time. If I am helping to elect the right people, then politics will remain my purpose and not just my work.”

Woodbury’s inspiration to become an entrepreneur and start his own firm was based on a desire to simply reset, revisit, rework, remix and optimize technology, ideologies, philosophies and past practices to catalyze today’s culture. When asked, “what inspired you to become an entrepreneur,” he says, “I had no choice. If the company that I wanted to work for existed, I would have gone to work there. But, I couldn’t find a polling firm in America that was:

Woodbury is hyper vigilant about this work and shaping the culture. Read what else he has to say.

What drew you to your career?
Politics is a different type of world, but I believe politics is how we distribute power and resources in America. Electing people that represent the pain and power of the communities that I am from is the best way to have the biggest impact on most people for the longest time. If I am helping to elect the right people, then politics will remain my purpose and not just my work.

Tell us about your company’s philosophy.
HIT Strategies company philosophy is that we quite literally are what we do. First, HIT is owned by two millennials in an industry dominated by professionals who are much older. I am LGBTQ Black man. My business partner Roshni Nedungadi is an Asian-American woman. And, the HIT team represents the cross sections of America that are changing the fastest and represented the least. We exist to fix that.

Secondly, we are innovative and nimble. The polling industry has operated the same way for 50 plus years—call people on the phone and read them a bunch of long questions. We are using text messages, social media, and other technologies to reach people that don’t answer land lines because they will never even have one.

Finally, we tackle the issues that others avoid, leading the conversation on topics deemed “difficult,” like Critical Race Theory or Defund the Police.

How did Morehouse College impact your life?
Attending Morehouse remains among the most important and transformative decisions that I have ever made. Morehouse teaches all her sons to grow tall enough to wear the crown. And since I graduated, I have witnessed so many brothers grow tall and do their best to achieve and change the world. Not only do they provide me with tons of inspiration along my journey but many have help me in my professional pursuits.

How do you stay informed? What periodicals do you read?
I read and listen to new sources from a variety of sources. I read everything from the New York Times to Black News Channel to CNN. I try to obtain as much information as I can, casting a wide net to get a diverse understanding of perspectives. Then, of course, I am conducting research 24/7 on a wide variety of people—Millennials, Gen-Z, LGBTQ+ people, etc. I have an ear on what stirs people, what gets them up in the morning and what they lay awake thinking about at night. I sometimes say that I am informed simply because I’m closer to the pain through the research I conduct at HIT Strategies.

What is a typical day like for Terrance?
Each day is different and unique, though generally I spend my day meeting internally with my team and externally with my clients.  It’s fast and furious—a slate of 10-12 calls each day that I jump on and lead hour after hour. At night, I conduct research in focus groups or through collecting survey responses from a variety of methods, learning how people view the world and what brings them both hope and despair. A typical day can be exhausting, rote, and high-pressure. However, a typical day can also be exciting, successful, and fun. I take them both in stride, because, for me, a typical day usually ends with me going to bed knowing that this is the work I was meant to be doing and I am doing it well. That’s an irreplaceably good feeling.

What has been your most difficult obstacle that you have had to overcome?
Almost two years ago, my mother, best friend, and personal superhero Shanna Woodbury was diagnosed with stage 4 lung cancer after never having smoked a cigarette in her life. She navigated countless procedures and chemotherapy with incomparable grace and unwavering faith. She has since passed. Shanna was my day 1 with this company and with everything. She believed in it and she believed in me. She nearly worked here. She was so invested in the work we were accomplishing. She may be gone, but my success and my drive keep her legacy alive.

Give us one word to describe January 6, 2021, at the nation’s capital.
Predictable.

As an African-American male, how did you process the insurrection?
On the eve of election day, I published an article about Black voters’ anticipation of white violence in the event of Donald Trump’s defeat. In our late-cycle research, we discovered that nearly half of Black voters feared violence following the November 2020 election’s conclusion regardless of the winner. On January 6, Black voters’ predictions became reality.

The insurrection at the Capitol was, in part, a repudiation of Black political power. In the days leading to the Capitol attack, Black Georgians and other diverse communities delivered the final blow to Trump and Republicans, shifting the balance of power in America. In American history, gains in Black political power are always met with furious white backlash. The end of American slavery birthed the Ku Klux Klan, The Civil Rights Movement of the 1950s, of which voting rights were a key priority, was met with the same violent resistance. As the insurrection occurred, I was processing all the data and with history and realizing that we have a lot more work to do.

What is next on the horizon for you?
HIT Strategies is going to be heavily involved in getting the most vulnerable communities vaccinated. That’s our biggest priority. We also are slated to help elect some of the most diverse and compelling candidates in 2022, including:

We also aim to help defend the Democratic majority in the Senate. As far as I can tell, the next stop for HIT Strategies is the moon. We have no plans of slowing down any time soon.

How important is our vote?
My research has shown that power is an incredibly motivating emotion. It is not enough for people to be angry or afraid or frustrated by politics if they do not also feel empowered to change it. So, we must really give people something to vote for, and not just something to vote against. We must show what they gain from voting, and not just what they can lose if they don’t. We must approach this from a position of power and possibility rather then deficiency and loss…and then we can ignite a charge that sends shockwaves through the body politics.