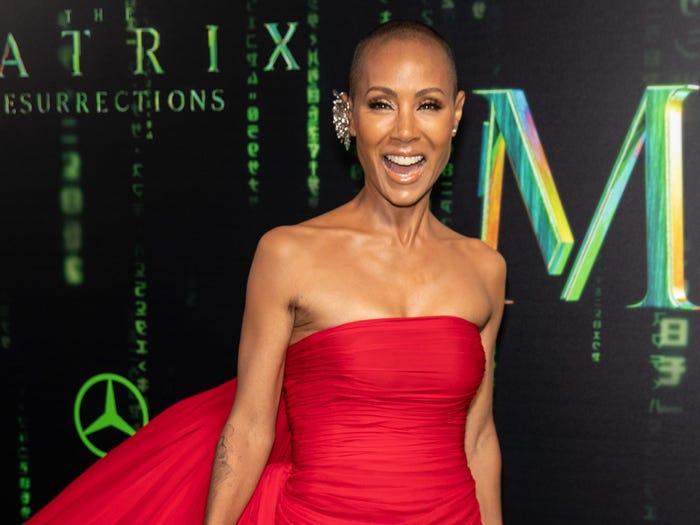 Tweet
Alopecia areata is a condition affecting lots of women today.
While the average person sheds between 50 to 100 single hair strands per day, as part of the normal hair shedding process, alopecia results from excessive hair loss or thinning.
According to the Mayo Clinic online, the condition which affects both men and women can be temporary or permanent and may occur as a result of genetics, medical conditions, stress, aging or hormonal changes.
Alopecia may also be marked by circular or patchy bald spots, sudden hair loosening, scaling patches over the scalp or full body hair loss.
According to Cleveland Clinic, it is estimated that more than 50% of women will experience noticeable hair loss.
The most common being female pattern hair loss (FPHL) which affects some 30 million women in the United States.
Last December, Jada Pinkett-Smith made headlines when she announced that she has been struggling with alopecia.
The famous actress and host of the popular Facebook Watch series–The Red Table Talk showcased via a video on her Instagram account, a line which had appeared on her scalp as she described what she had been experiencing, to her followers.
In one of her Red Table Talk episodes aired back in 2018, Pinkett-Smith explained that it was “terrifying” for her when it first started, as she described being in the shower and realizing that she had clumps of hair in her hands.
Actress Viola Davis also suffered hair loss due to alopecia in her twenties.
Other female celebrities, including Tyra Banks, Naomi Campbell, Christina Milan are also known to have suffered from some type of hair loss.
While there appears to be no cure for alopecia, persons who experience this condition are advised to consult with their doctor early on to discuss treatment options in an effort to prevent becoming entirely bald.
Depending on the treatment option, the hair may grow back in some cases.
Words by Utamu Belle
Image by Miikka Skaffari/FilmMagic
PREVIOUS