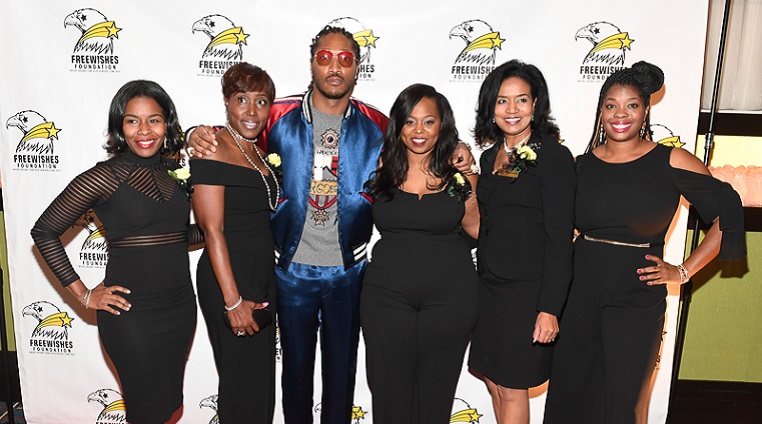 Fresh off of being named in the top ten of this year’s most lucrative rappers, Future and his Freewishes Foundation presented one of their signature events, the “Gold Wishes Gala, this week to kick off the holiday season with some home-cooked homage to Metro Atlanta senior citizens.

Guests were chauffeured from various neighborhoods in Atlanta to the grand ballroom of the Marriott Gateway hotel and personally greeted by the recording artist and lifestyle mogul.  More than 300 seniors enjoyed a five course meal, music with a live band and DJ, raffles and additionally treated to all the fixings for a Thanksgiving feast.

“This has to be my favorite event of the year,” says Stephanie Jester, co-founder and president of Free Wishes Foundation. “These beautiful souls have not only sown into us personally, but into the tapestry of the city as well. This is just a  small effort to say ‘Thank You’.”

Next, Free Wishes Foundation will bring the dreams of hundreds of local children to life with “Winter Wishland” carnival.