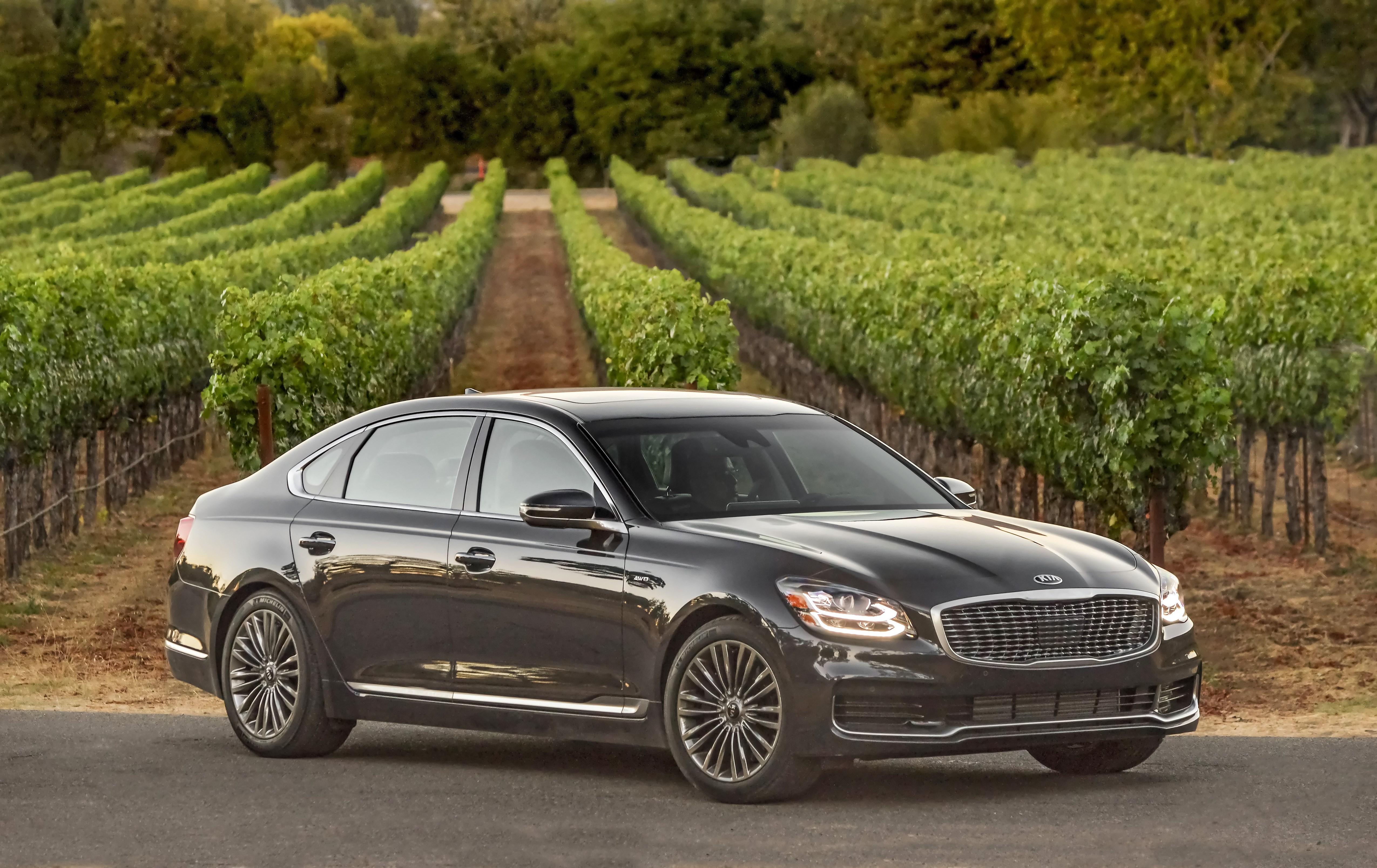 Even when life has you on the move, there is a car that matches the stage you’re in. Whether you’re going fast or slow, these 2019 vehicles can help you ride it out.

Back in 2014, when LeBron James signed on as a luxury ambassador for the very newish K900 from Kia, a few folks scratched their heads. One ride in the Kia, however, and his move makes sense. That’s why it fits the bill for those seeking a sedan upgrade as a solo, couple or even family vehicle.

First off, the styling leads. Don’t be surprised when the K900 turns the valet’s head. Because so many people are still sleeping on it, especially the refreshed 2019 version, they just aren’t used to seeing it and don’t know why. Under the hood, it has 3.3L twin turbo V6 engine and an 8-speed automatic transmission with paddle shifters that dishes out 365 horsepower and 376 foot-pounds of and goes from 0 to 60 in seconds. Inside is spacious and comfortable.The seats are heated and ventilated for extra comfort. There’s a power sunroof.

Plus, enjoy the 360-degree camera system, lane-keeping assist, automated emergency braking, a sweet sound system and more. Miles-per-gallon–wise, it gets 18 in the city and 25 on the highway, averaging out to 21 overall. Some of the technical perks include wireless charging in the front seat and both Android Auto and Apple CarPlay integration. And to get extra jiggy with it, the VIP package comes with a front passenger chauffeur seat switch, which instantly allows for more legroom in the rear cabin. 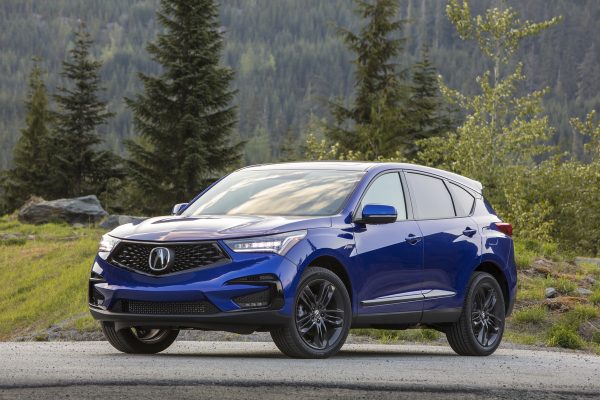 ACURA RDX A-SPEC
For those easing into the SUV life with a midsize vehicle as a sedan upgrade, the Acura RDX A-Spec is worth a look. Its aggressive and sporty styling makes it so not the RDX most of us remember. Let’s just say no one is going to mistake this baby as a soccer mom or dad ride. That’s thanks to the 20-inch wheels, the leather-trimmed seats with UltraSuede® inserts inside and the eye-popping color. Under the hood, there’s a 2.0-liter direct injection VTEC turbo four-cylinder engine that delivers 272 horsepower. Safety features include forward collision warning and collision-mitigation braking. Making its debut in the RDX is the Acura ELS Studio 3D premium audio system with 16 speakers from premier sound engineer Elliot Scheiner, who has received 26 Grammy nominations and eight wins working with the likes of Beyoncé and Sting. The RDX offers a 26 MPG estimate on the highway and 21 MPG in the city, coming in at a combined 23 MPG. It’s a hot ride that gets the job done as coolly as possible. 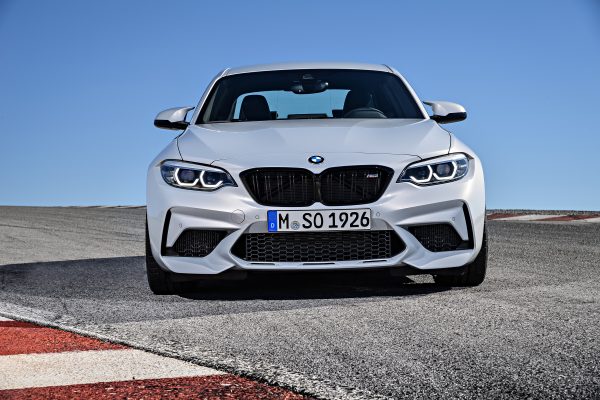 BMW M2 COMPETITION COUPE
There’s something to be said about the two-seater life, and the 2019 BMW M2 Competition Coupe is doing all the talking. Whether it’s for an empty nester or someone enjoying the free and single life, this BMW upgrade, which is all new to the prestigious brand’s lineup, is sure to bring thrills.

The first thing to know is BMW is not playing, so this car is packed with power. That’s courtesy of the 3.0-liter BMW M TwinPower Turbo technology inline six-cylinder engine, which delivers 7,600 RPMs and generates roughly 405 horsepower and 406 foot-pounds of torque. It can go from zero to 60 in an estimated 4 seconds, so it’s super fast. Features, such as the M Compound four-wheel ventilated anti-lock disc brakes with dynamic brake control and dynamic stability control, also give the M2 Competition superior braking. You do have to change up a bit for this M2. Shifting gears is a unique experience, especially when it comes to parking. And, of course, fuel economy is not a real consideration for buyers of cars like this. But the M2 Competition does deliver 23 MPG on the highway and 17 MPG in the city to combine for 19 MPG overall.

Inside, BMW continues to offer a stylish interior with comfy seats and great tech features and sound. For so far, it’s Apple CarPlay only for this vehicle. The bells and whistles can push the M2 Competition close to $70,000 but, in the end, it really is worthy. 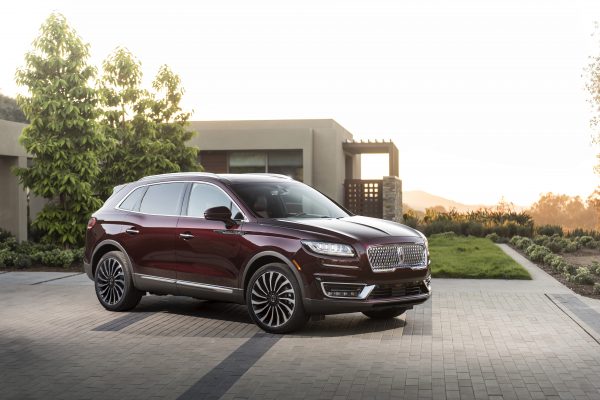 The Lincoln Motor Company introduces the new Lincoln Nautilus, a midsize luxury SUV delivering a powerful turbocharged engine range and a suite of advanced technologies designed to give drivers greater confidence on the road.

LINCOLN NAUTILUS BLACK LABEL
There are few better ways to upgrade the whole family than with this luxury SUV. Yes, you’ve seen those Matthew McConaughey commercials and perhaps even the ones featuring Serena Williams, but you can’t possibly know what the Lincoln Nautilus is working with until you see it. First off, it’s a gorgeous vehicle with fine craftsmanship. There’s no way you pull up in the Nautilus and get ignored. It truly commands attention. And that carries over into the interior. Inside, there are cashmere Venetian leather-trim seats, a panoramic vista roof, a premium-wrapped leather steering wheel and more.

Tech features include Lincoln Connect, which has 4G Wi-Fi capability, the Revel Ultima Audio System with 19 speakers and a wireless charging pad. The Nautilus also has rain-sensing wipers and a windshield wiper deicer. Safety-wise, there’s auto emergency braking, pedestrian detection and a personal safety system. Under the hood, there are a few engine options, so the horsepower can range from 245 to 335. Fuel economy hits roughly at 19 MPG in the city and 26 on the highway for 21 overall. The Nautilus Black Label seats five comfortably while also offering ample cargo space. And of course, at night, the Lincoln Nautilus hologram never fails to impress. 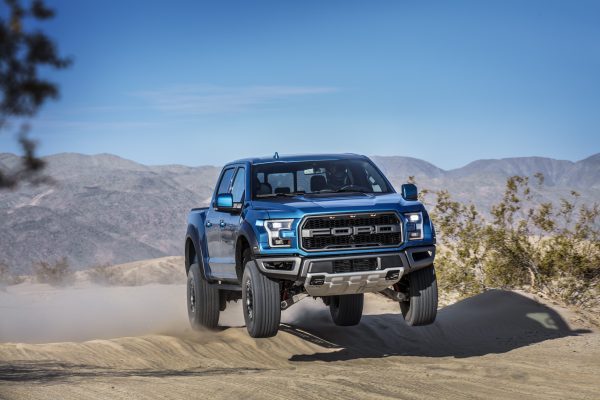 FORD F-150 RAPTOR SUPERCREW
There are trucks, and then there are TRUCKS. That’s what the Ford F-150 Raptor proves. Monstrous and cool, this vehicle screams power and control—the perfect combo for those looking for an adventurous change. But it also has the goods. Under the hood, there’s a 450-horsepower twin-turbo V-6 engine. It also goes from 0 to 60 in an astonishing 5.1 seconds, especially considering its size. Also because of its size, it can tow nearly 8,000 pounds and carry roughly 1,200 pounds in its bed. Off-road lovers will have so much fun with the Raptor because it’s equipped for them. Trail Control is a low-speed cruise control that makes climbing rocky terrain easy, especially for a vehicle this mammoth.

There’s no such thing as not being connected with the FordPass Connect 4G Wi-Fi Hotspot Telematics Modem. Important safety features include the 360-degree camera, inflatable rear seatbelts, trailer tow monitoring, pre-collision assist and more. Fuel economy comes in at roughly 15 MPG in the city and 18 on the highway for a combined 16. It also has a 36-gallon fuel tank. Tricking it out officially can run nearly $72,000. Of course, that’s not for the casual fan, but for those doing heavy lifting, this is a truck upgrade that looks and feels good.