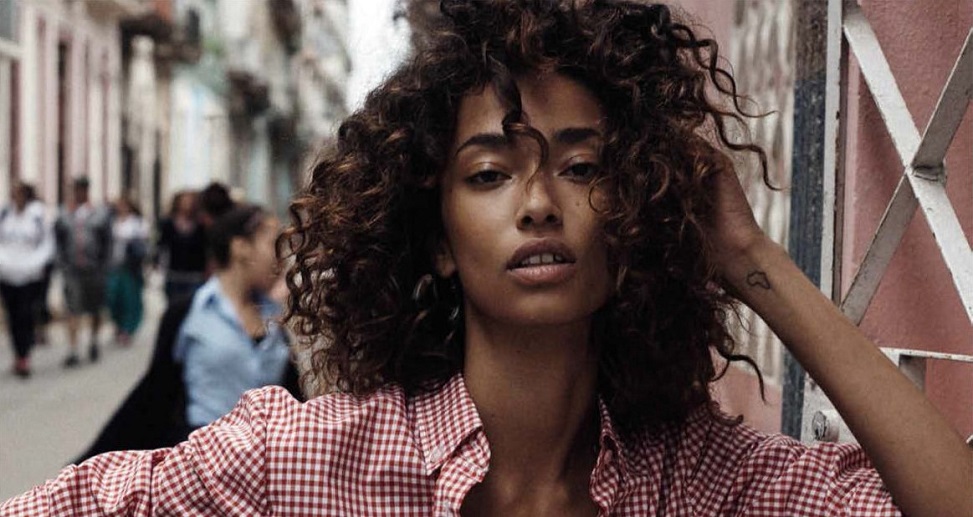 In recent years, the pages of the fashion magazines and catwalks from NY to Milan have started to see a trend towards more diversity. It’s promising to witness a very homogeneous industry broaden its ranks to include more women of color, even if it is a frustratingly slow march towards progress. Social media has been credited with aiding the shift, but you’d be remiss to overlook the changing demographics and emerging economies (i.e. South Africa).

With Fresh Faces, the goal is to highlight women of color who’ve managed to add their voices and visage to this new paradigm.

Anais Mali, born in France back in 1991, signed with Whilemina in 2009 at 18 (currently she’s signed with NEXT). That same year she walked for Vivienne Westwood. The very next year she landed a Levi’s ad campaign and J. Crew catalog. Since then, she’s accomplished a lot, hitting the runway for Marc Jacobs, Carolina Herrara, Vera Wang. She’s appeared in print for Vogue, Harper’s Bazaar, W, V, I-D, etc. She’s modeled in campaigns for Banana Republic, Bloomingdale’s, D&G, H&M, Victoria Secret and Tom Ford among others. She’s also worked with some of the top photographers in the game, notably, Mario Testino, Steven Meisel, Solve Sundsbo and Emma Summerton.

Anais hasn’t shied away from recognizing the major lack of diversity in the fashion industry, speaking out on social media and in interviews.

“I started modeling in the South of France, where I grew up, and I would go to Paris to do jobs. But none of the modeling agencies in Paris wanted to take me. I just kept hearing, ‘This is Paris; black girls don’t work here.’ France is very racist; you don’t see a lot of powerful black people in France–it’s starting, but it’s slow-moving. So I went to New York when I turned 18 on the advice of my modeling scout. When I got here, I got signed and told my agency, ‘I want Vogue’–I wanted the fashion jobs. I knew what I wanted, and I asked for it! A lot of models don’t say anything; they just let people take care of them. I’m not like that.”
Anais Mali | Into the Gloss

2016 was a banner year for Anais. Aside from multiple trips down the runway and fashion spreads, she became an entrepreneur, launched her own clothing line, Anais Bodysuits and a part of pop culture with a starring role playing muse to platinum selling artist The Weeknd music video M A N I A. In 2017 Anais is obviously one to watch.

You participated in the Women's March. Now what?