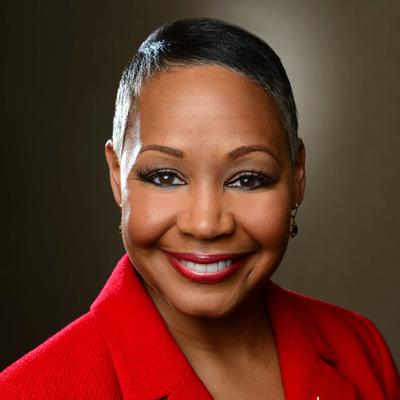 The WNBA has new president in the form of former Atlanta vice mayor Lisa Borders.

According go to Jet, news of Borders’ WNBA status was announced by the league on Wednesday. The publication adds that Borders is set to start her new job as WNBA president on March 21.

NBA Commissioner Adam Silver touted Borders’ love for the WNBA and the game of basketball as he voiced better things to come under the former Coca-Cola executive’s watch.

“As a proven executive with a passion for the WNBA and the game of basketball, Lisa is the right leader at a pivotal time in the league’s history,” Silver said in a statement. “She will be responsible for spearheading our efforts to strengthen the WNBA and accelerate its growth.”

The announcement of Borders as the WNBA’s fourth president comes three months after the league’s former president, Laurel J. Richie, stepped down from the position.

Prior to becoming the new WNBA president, Borders served as the vice mayor of Atlanta as well as president of Atlanta’s city council. During her time as vice mayor, Borders was among those who helped bring the (WNBA) Dream (team) to Atlanta in 2008. Although she ran for mayor of city in 2009, Borders failed to get enough votes to advance to a runoff election.

In addition to her work for the city, Borders’ professional accomplishments include being president of Grady Health Foundation, the fundraising division of Grady Health System as well as her most recent position as chairwoman of the Coca-Cola Foundation over the last few years.

As she gears up for the WNBA’s 20th season, which kicks off in May, Borders will walk the same line as Richie in that she has no managerial experience in sports. Adding to that will be the WNBA generating its lowest average attendance in league history during the regular season, despite an exciting playoffs.

Last month, the league announced major changes to its schedule and playoffs that include the top eight teams going into the postseason regardless of their conference affiliation. With that, the top two seeds end up getting byes to the semifinals. As a result, the WNBA schedule becomes more balanced, with each team playing three times and one matchup happening four times.

Welcoming the new changes, Borders voiced her excitement as she looks forward to helping to elevate women’s basketball.

“The WNBA has reached a significant milestone, and I feel privileged to be joining the league at such an exciting time,” Borders said a statement. “I have always been a staunch supporter of this league and its tremendous athletes. I am impressed by their talent and inspired by their passion. The athleticism of the game and the sportsmanship exhibited between teams offers clear evidence of our ability to grow women’s basketball.”