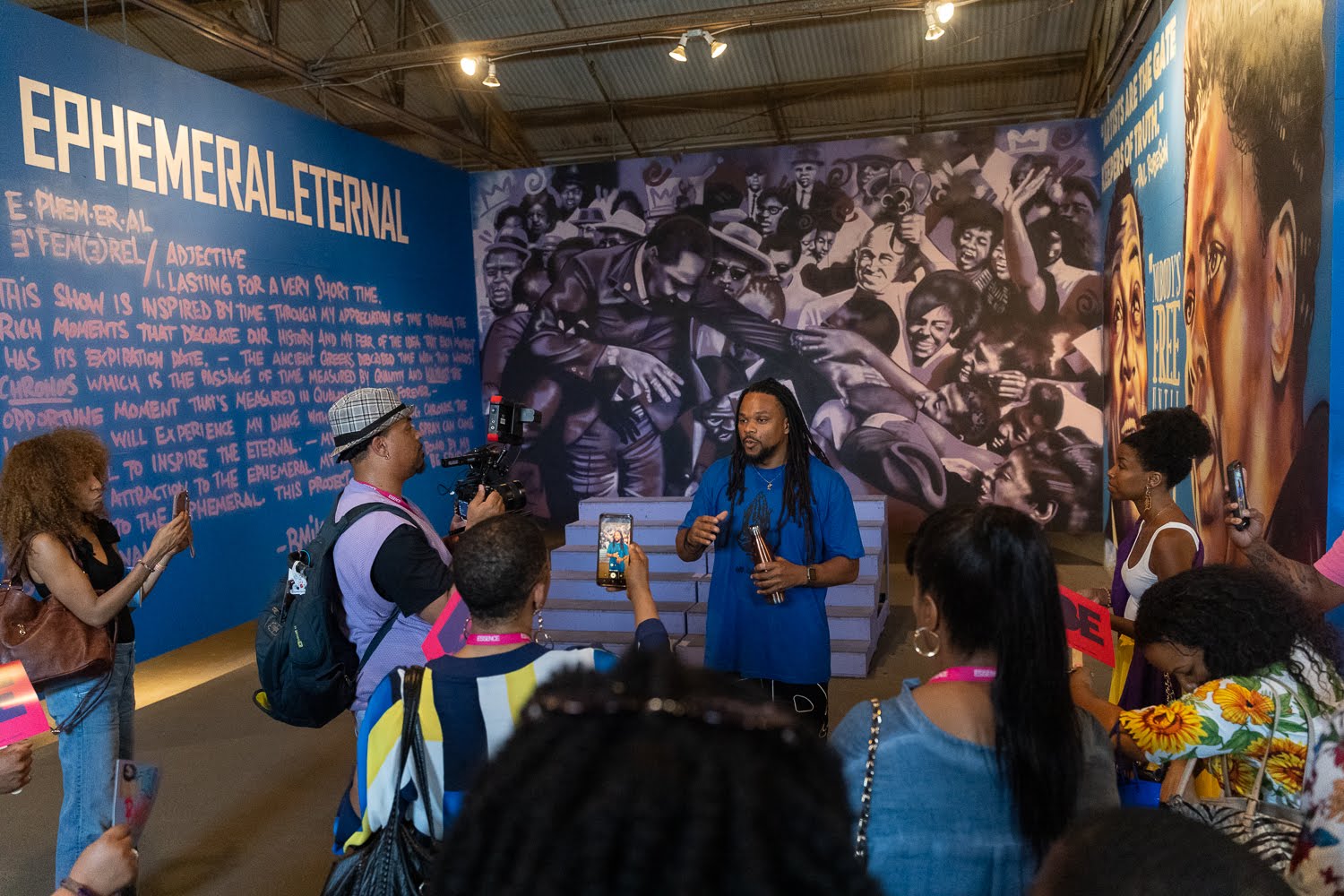 Words by Ronda Racha Penrice and Photography by Nigel Degraff

As a longstanding sponsor of the Essence Festival, Ford has made New Orleans in July an annual pilgrimage. Come anywhere for over a decade and you are bound to learn the history and culture of a place. In New Orleans, the city’s rich Black heritage is one of the main reasons why its culture runs so deep. And Ford rightfully took a quieter moment during the Essence Festival to hold a brunch and ride and drive with an impressive fleet of Ford vehicles that included Upscale.

Our day began at the New Orleans African American Museum of Art, History and Culture in Treme, the oldest surviving continuously Black community in the United States. Gia M. Hamilton, the museum’s executive director and chief curator, conducted a crash course on the city’s rich Black history, beginning on the grounds of the Villa Meilleur, the museum’s actual home currently closed for restoration, across from the administrative building where NOAAM currently operates. Surrounded by the public art exhibition, which included a dedicated piece to Marie Laveau’s enduring legacy, Hamilton brought attention to the harsh reality of the inevitable sexual exploitation of African-descended women and how they negotiated land ownership out of the ordeal. That land ownership helped to fuel Treme.

Interestingly, NOAAM is getting its comeback story underway. Hamilton, who, serendipitously worked as a volunteer for NOAAM as a teenager when it first started in the 1990s, now leads the institution which literally re-opened just months ago after being closed for six years. The passion and vision she beamed during the Ford-sponsored program, however, leaves no doubt that the museum is in capable hands.

Brunch was handled by a disciple of the legendary Leah Chase of Dooky Chase who passed away in June. Chicken & Turkey Sausage Gumbo and Chicken & Hoe Cakes were among the delicious menu choices. Ford Driving Her Dreams Forward Pitch Contest winner Melissa Mitchell, founder of Abeille Creations, was also present and her message of embarking on an art career just a few years back and achieving success is inspirational. Ford even gifted us with black sneakers colorfully painted by Mitchell. Ford Multicultural Marketing Communications Manager Dibrie Guerrero is always a welcoming presence.

The art and history didn’t stop there. From NOAAM, we jumped in various Ford vehicles, including the Raptor, and drove to Studio Be, artist Brandan “BMike” Odums’s gallery, minutes away. Studio Be was simply mind-blowing. Queen Sugar, you might recall, featured BMike and Studio Be back in 2016.

BMike is a visual artist with a very strong pro-Black aesthetic. He employs a wonderful palette of colors that favor the bright and vibrant side of life. BMike’s work is especially good at showcasing and highlighting the power of such legendary leaders as Martin Luther King, Jr. and Fannie Lou Hamer like in his signature Ephemeral.Eternal exhibit. He also uses his work to incorporate local New Orleans heroes, especially those tied to human rights. Although the studio space was intensely hot, even hotter than outside, it was well-worth the sweat. Again, BMike’s work is powerfully alluring and his Black pride and consciousness literally pours through his art.

From there, we ended our Ford journey back at the New Orleans Marriott. Ford has two slogans, Built Ford Proud and Paint the Future Proud, that resonated here. It’s one thing to sell cars but, quite another, to invest in culture. Fortunately, visiting NOAAM or BMike’s Studio Be are not one-offs. These are institutions that can be enjoyed during every New Orleans visit, even when Essence Festival is not in full swing.