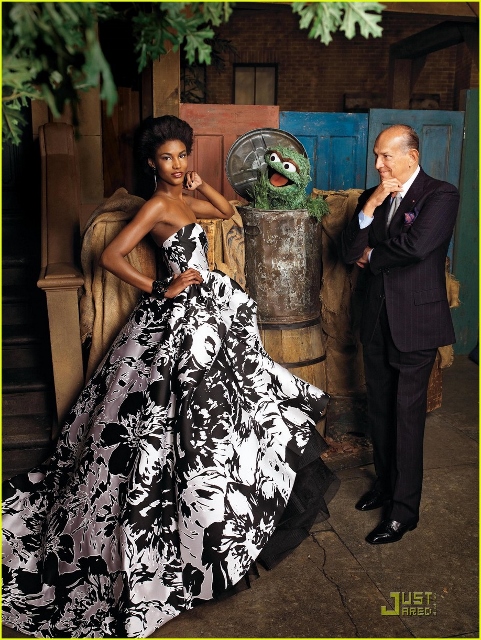 Legendary fashion designer Oscar de la Renta, who spent half a century putting high society in haute couture, has died. He was 82.

The man — often described as the “sultan of suave” — dressed every first lady since Jacqueline Kennedy. Among those whose glamor factor his dresses jazzed up: Oprah Winfrey, Ann Hathaway and, most recently, George Clooney’s bride Amal Alamuddin.

“We will always remember him as the man who made women look and feel beautiful,” former first lady Laura Bush said late Monday night. De la Renta designed the wedding dress for her daughter, Jenna.

The cause of his death, announced by close family friends and industry colleagues, was not immediately clear. He was diagnosed with cancer in 2006, but said last year he was “totally clean.”

“The only realities in life are that you are born, and that you die,” he told an audience at New York’s 92Y “Fashion Talks” series in June 2013. “We always think we are going to live forever. The dying aspect we will never accept. The one thing about having this kind of warning is how you appreciate every single day of life.” 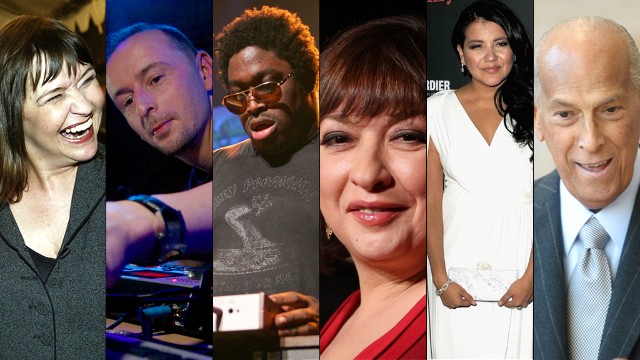 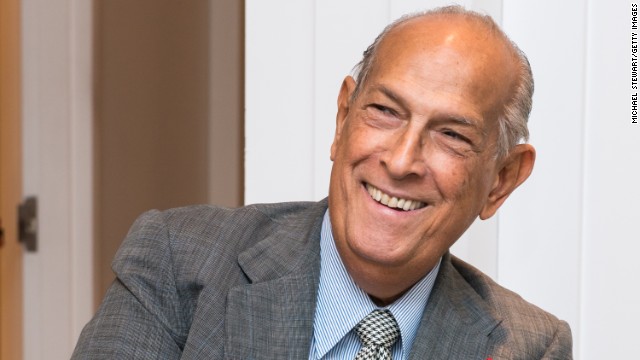 And what a life he lived.

“He was a true, true gentlemen, in the truest sense of the word — a real bright light — and this is just a terrible, terrible loss for the fashion world,” said Alina Cho, fashion journalist and editor at large at Random House.

Born July 22, 1932, in the Dominican Republic, de la Renta was the only son of seven children.

“My father had different aspirations for me than I had for myself,” he told the “Fashion Talks” audience. “If I ever told my father I would become a fashion designer, he would drop dead on the spot.”

He has often said the island colored his design sense.

“From my island side comes my love for the exotic, for color and light,” he told the New York Times.

At 18, he left for Spain to study at the Academy of San Fernando in Madrid. For a time, he dabbled in abstract art. But fashion was his passion, he soon discovered.

After the wife of the U.S. Ambassador to Spain saw some of his dress sketches, she commissioned him to design a gown for her daughter.

The daughter and the dress appeared on the cover of Life magazine.

He landed an apprenticeship with Cristobal Balenciaga, who was at the time Spain’s most acclaimed designer. He described that period as the beginning of his learning experience. “I was picking pins off the floor,” he joked.

5 ways he was a pop icon

Next stop, and the obvious next step for a fashion designer: Paris.

De la Renta was in the fashion mecca on vacation. But within a day of his arrival, he was offered a job at the reputed fashion house, Lanvin.

He finessed his style, learned to tailor, and, two years later, moved to New York — where he became a designer for Elizabeth Arden.

It was the first step toward a career that would make him a fashion powerhouse.

In 1965, the Oscar de la Renta brand was launched, changing the face of fashion with its ready-to-wear collection.

“My customers are successful working women,” he said.

Admired by contemporaries, adored by consumers, de la Renta had a long, successful run. He was the winner of numerous Cody awards, the fashion equivalent of the Oscars.

His creations were a fixture on the red carpet and in the Oval Office.

He dressed Nancy Reagan and provided the inaugural gown for Laura Bush. He is also responsible for the look Hillary Clinton is so inextricably associated with: the pantsuit.

“This man has been working for more than 20 years to turn me into a fashion icon,” Clinton joked while presenting him with the Medal of Excellence at Carnegie Hall last April.

One notable holdout, until recently, was Michelle Obama.

De la Renta waded into controversy after he took her to task for wearing a J. Crew cardigan to meet Queen Elizabeth in 2009.

“You don’t go to Buckingham Palace in a sweater,” he said.

But, this month, Obama too sported an Oscar de la Renta creation at the Fashion Education Workshop at the White House.

Rumors had been circulating for a while that de la Renta was ill.

“Our Industry has not always done the best job when it comes to changes in design leadership. My hope is that, in leading this selection, and actively participating in the transition, I can insure the right design future for our company and brand,” de la Renta said in a statement then.

Then, Monday, came the news of his death.

His first wife, Francoise de Langlade — a former editor of French Vogue — died of bone cancer in 1983. They had been married 16 years.

“The fashion business says goodbye to a mentor, a legand & an icon,” designer Kenneth Cole tweeted Monday night. “He defined a standard we can only aspire to.”

MAN TELLS PRESIDENT OBAMA NOT TO TOUCH HIS GIRLFRIEND