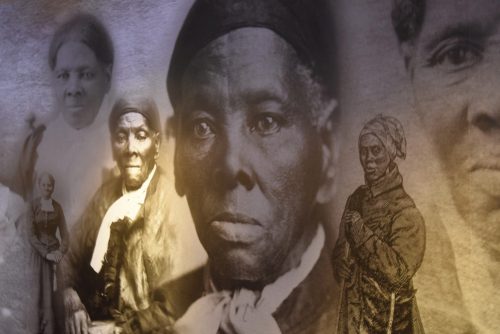 We take a tour of famous sites in Maryland and Upstate New York that illuminate Harriet Tubman’s life.

Back in October, I got to learn a ton about the great Harriet Tubman. The famous abolitionist traveled back into the slave territory. The area she’d successfully fled nearly 20 times to free more than 70 other enslaved people. I attended Harriet’s U.S. premiere of at the Smithsonian National Museum of African American History and Culture in Washington, D.C. Focus Features organized a group tour of landmarks associated with the remarkable Underground Railroad conductor.

After traveling nearly two hours by bus from the St. Gregory Hotel Dupont Circle, we arrived in Cambridge, the heart of Dorchester County, where Tubman was born and raised. The Harriet Tubman Underground Railroad National Historical Park is the area’s biggest Tubman draw. It was created during the Obama administration, was our main stop. The site, which covers nearly 500 acres of land, gives visitors a glimpse of Tubman’s daunting journey to freedom. Inside the Visitor Center, art, sculpture and historic interpretations help illuminate hardships the enslaved Tubman experienced early in life. As a child, Tubman, who was largely separated from her family growing up, caught muskrats (semi-aquatic rats) for food.

Life only worsened as she got older.  A slave overseer trying to reclaim a fugitive threw a metal weight that mistakenly hit Tubman, then 13. That defining event occurred in the Bucktown Village Store, which we visited on the tour. Because of the resulting brain injury, she suffered from epileptic seizures throughout her life. During her many bouts of unconsciousness, the deeply spiritual Tubman claimed to converse with God. The store and the Visitor Center are two of the stops along the Harriet Tubman Underground Railroad Byway. A driving tour spanning 125 miles through Maryland’s Eastern Shore can extend into Delaware and Philadelphia. It’s where where she first claimed her freedom.

Processing that journey, it really hit me how little I knew of this great woman’s later life. Tubman spent years in Auburn, near Syracuse and Rochester, in Upstate New York. She was many, many miles from her native Maryland. Days after Christmas, I headed that way to the Harriet Tubman Home, which Obama also designated a national historic site. She lived to be about 91 years old.

My landing in Rochester later than intended made my hour-and-a-half drive to Auburn that Saturday harrowing. It was scarily dark. The Harriet Tubman Home wasn’t open that Sunday. Fortunately, property caretakers Reverend Paul Gordon Carter and Christine Carter were gracious enough to stay into the night for me. Although it wasn’t even 8 p.m. when I arrived, it looked and felt like midnight.

In the 1850s, Tubman spent time in nearby Canada. She settled in Auburn, where a sizeable Quaker population as well as prominent abolitionists like William Seward resided. Seward served as Secretary of State under Abraham Lincoln and has a dedicated house museum in the area. He became a great friend to Tubman, even assisting her in securing property.

Eventually, Tubman owned more than 20 acres of land. She lived with lived with her parents, her second husband Ned Davis and her brothers and their families. Concerned about the elderly, Tubman even built the Tubman Home for Aged and Indigent Negroes. It was one of the first of its kind in the nation, where she later died. And I got to stand in the middle of it all.

Sadly, Tubman struggled financially. She battled the government for the pension directly due her for her service during the Civil War. Particularly in South Carolina, where she became the first woman in this nation to lead an armed expedition. All that as the widow of a veteran. Her husband passed in 1888. Prior to her death, Tubman got into tax trouble. She turned to the African Methodist Episcopal Zion Church for assistance, giving them her property. Today, visitors like me tour her homesite. It includes her two homes and a visitor center.

They also protested Jim Crow and lynching. A statue of Tubman was unveiled in 2018. It its across the street from the Auburn City Council. It is steps away from the New York State Equal Rights Heritage Center. Appropriately, she is buried in Fort Hill Cemetery. I can’t express how profoundly standing next to her headstone more than a century later moved me.

Discovering Auburn and the Finger Lakes area was great, and I hope to visit there again—just in warmer months. I stayed at the Springside Inn, once a part of the Underground Railroad. So that was a treat.

Harriet Tubman has a rich history that is so much more than I ever imagined. And I didn’t even scratch the surface. It’s certainly a life no one movie or one or two visits like these can fully capture. I look forward to learning even more about the woman. The one who so loved freedom that she wanted everyone else to experience it, too.