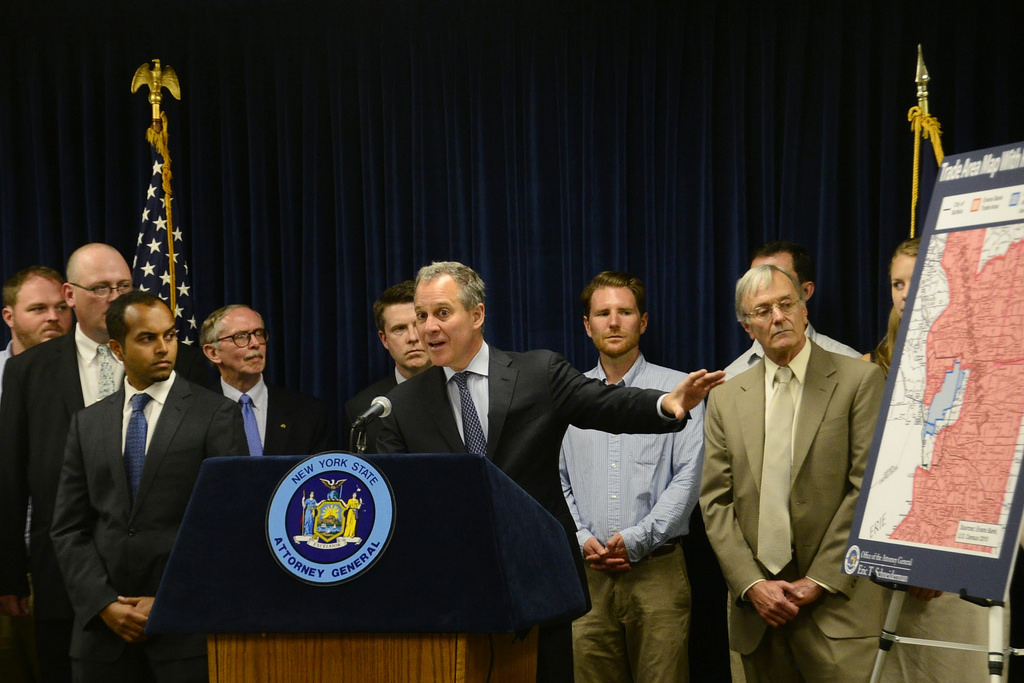 Evans Bank on Thursday settled a lawsuit in which the state of New York accused the bank of racist practices, including denying loans to residents of predominantly black neighborhoods in Buffalo.

The suit, filed in 2014 by New York Attorney General Eric Schneiderman, accused the Buffalo-based bank of intentionally not making loans in eastern parts of the city due to their racial composition, regardless of applicants’ creditworthiness, a practice known as “redlining.”

As part of the settlement, Evans Bank agreed to expand its lending area to include the neighborhoods in question and to create an $825,000 fund to boost home-ownership and lending in those areas. CREDIT: NEW YORK ATTORNEY GENERAL’S OFFICE These maps provided by the New York Attorney General’s Office shows Evans Bank’s service area before and after the settlement. The bank was accused of deliberately refusing loans to residents of a predominantly black neighborhood, a practice known as “redlining.”

The state also accused Evans of refusing to solicit customers, market mortgages or provide banking facilities such as branch offices and ATMs in those areas.

“It is essential that all New Yorkers, regardless of the color of their skin or the racial makeup of their neighborhoods, be afforded equal access to our banking systems — and the basic benefits of obtaining a mortgage,” Schneiderman said in a statement provided to The Huffington Post on Thursday.

“That we continue to see systematic racial and housing discrimination in New York in 2015 is shocking. I will not stand for it,” he continued.

Evans Bank did not immediately respond to HuffPost’s request for comment on the settlement. When the suit was first filed, David J. Nasca, the bank’s president and chief executive, said he was “disappointed” in the suit and that the “allegations are without any merit.”