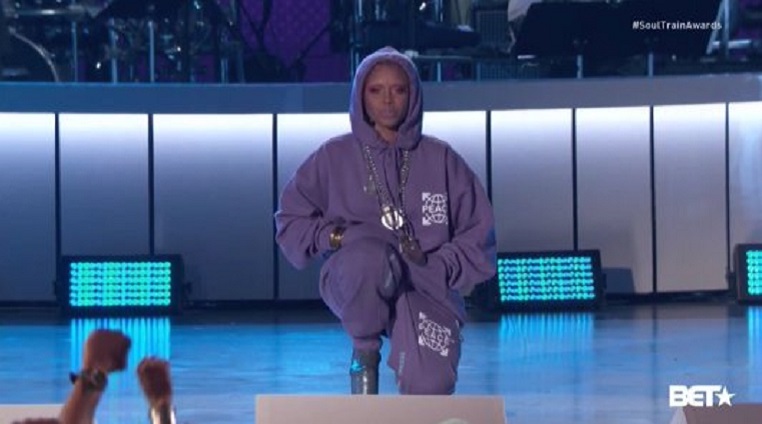 Erykah Badu kicked off the 2017 Soul Train Awards, which aired Sunday, by making a powerful statement in solidarity with Colin Kaepernick, who began the NFL protests against racial injustice last year.

After an opening performance from SWV, the “On & On” singer took the stage in a mauve hoodie and pants that read “peace.”

Badu remained kneeling as she continued making her opening remarks, criticizing the president along the way.

Kaepernick, who is not currently signed to an NFL team, was recently named GQ’s “Citizen of the Year.” Since he started refusing to stand during the pre-game national anthem to protest racial injustice last season, he’s received widespread backlash from politicians and influencers, including the president.

Within the year that he began his protest, at least 223 black people were killed by cops in this country. The former San Francisco 49ers quarterback continues his activism through his nonprofit and other efforts in communities of color.

The 3 'Taboos' Aspiring Women Leaders Should Embrace This Holiday Season