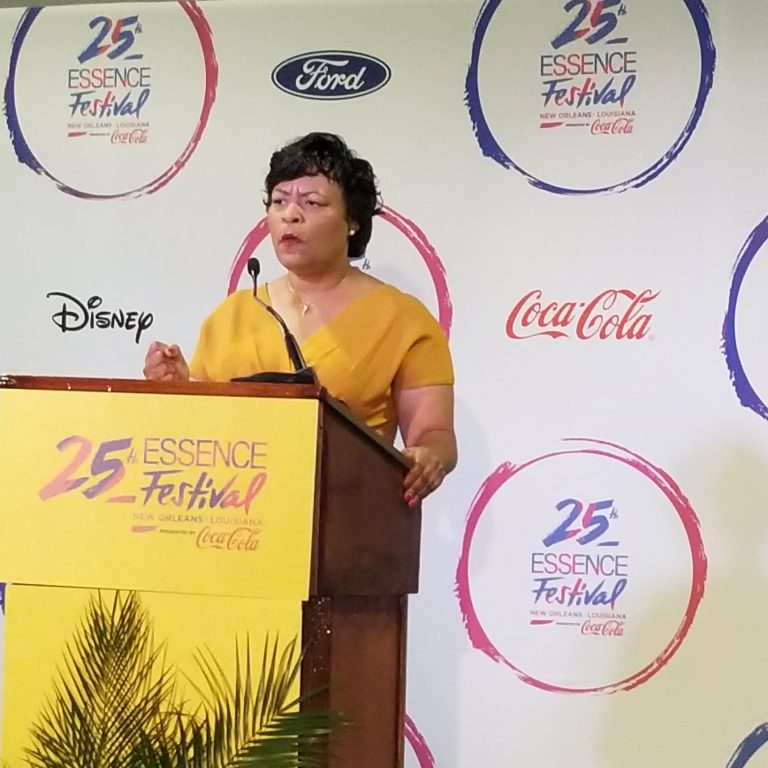 The 25th anniversary of the Essence Festival kicked off in its adopted hometown of New Orleans with style and purpose at the Ashe Cultural Arts Center. Now that the company is again 100 percent Black-owned, the community is taking more centerstage. That especially pleased Mayor LaToya Cantrell, the city’s first-ever female mayor. She spoke of how “Essence embodies New Orleans” and stressed “how we are one.”

“Whenever I come to Essence, my spirit is filled,” shared comedian Loni Love, who served as the Essence Festival mainstage host for the first time in her career. Essence COO Joy Profet called Essence Festival “a safe space” for Black women.

Essence owner Richelieu Dennis, who bought the company last year, returning it to Black ownership,  promised “an evolution of the festival” that is “centered and grounded in our future.”