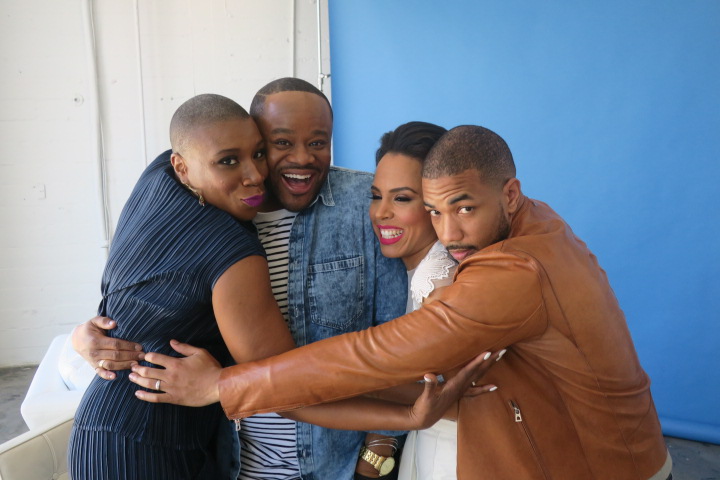 I had a conversation with a friend yesterday about my inability to remember the specific storylines of a few fairytales, fables and illustrated fiction moments that I reason everyone should be familiar with from childhood; you know, the ones about little boys with growing wooden noses, girls with ridiculously long hair and singing and dancing place settings. What I do remember, however, is standing in the pulpit of First Baptist Church in Decatur, GA, on various glorious Sunday’s in February, reciting speeches in the black history program, which either started with “My name is (Insert historic mover or shaker)” or reciting the prose of Countee Cullen, Margaret Walker or Paul Laurence Dunbar with confident ease.  See where I’m going with this?  I’ve always had an intense obsession with my people’s who, what, when, where and why, so imagine my hysteria when I heard about the coming WGN America’s visual history lesson, Underground.

Recalling standing on the grounds of the National Civil Rights Museum at the Lorraine Motel in Memphis, TN, under the storied balcony that served as the stage for the assassination of Dr. Martin Luther King Jr., reminds me of my introduction to the show.  I first met the creators and cast, pre-season one’s debut, in the before mentioned building at a private meet, greet and preview.  I also remember that we drank spiked sweet tea because we were in the south.  Now, hours shy from the season two debut, I’m just as excited about what salivating fans can expect from round two of the program.

After spending two afternoons with members of the Underground family, one interaction being our upscale cover shoot, I gathered five things you should know about the 2.0 experience.  Here goes:

Misha Green met her partner-in-crime, the show’s co-creator Joe Pokaski, while writing on Heroes.  It’s pretty amazing that she’s now telling the history of our heroes in such a fierce way.  She’s also really cool and I often find myself having fedora and leather jacket envy when I clock her style.

Aldis Hodge won a SAG award for his contribution to Hidden Figures, but the performance he delivers this season on Underground will bring you to your knees with emotion.  You should also know that even when he parties all night prior to an early AM photo-shoot, he’ll still be one of the first to arrive, with his melanin poppin’, ready to win.

Alano Miller admits that his character Cato would be the main source of drama on a reality show.  Is that a forecast to what Cato is bringing now that he has money because he ran off on the plug?

Amirah Vann isn’t afraid to get her hands dirty.  I mean, yes, we’ve seen her play God and knock a few names off the roll of the living, but not until you see her in her new position at “work” will you realize that things have changed. Majorly.

Aisha Hinds is a thief and a smooth criminal – a bonafied scene-stealer, fashion-killer and heartstring puller.  Never before have I imagined the person who could breathe life into a role portraying Harriet Tubman, until now.  When you scroll through her Instagram (@appleofhisai) or see her series entrance with two shotguns in tow, you’ll second my emotion.

All in, this show is the way, the truth and the light.  So much so that I’ll be checking in via upscalemagazine.com throughout the season with my commentary.  In regards to tonight’s premiere, forget the popcorn, just buckle up your running shoes instead.  You don’t want to let your heart race alone!